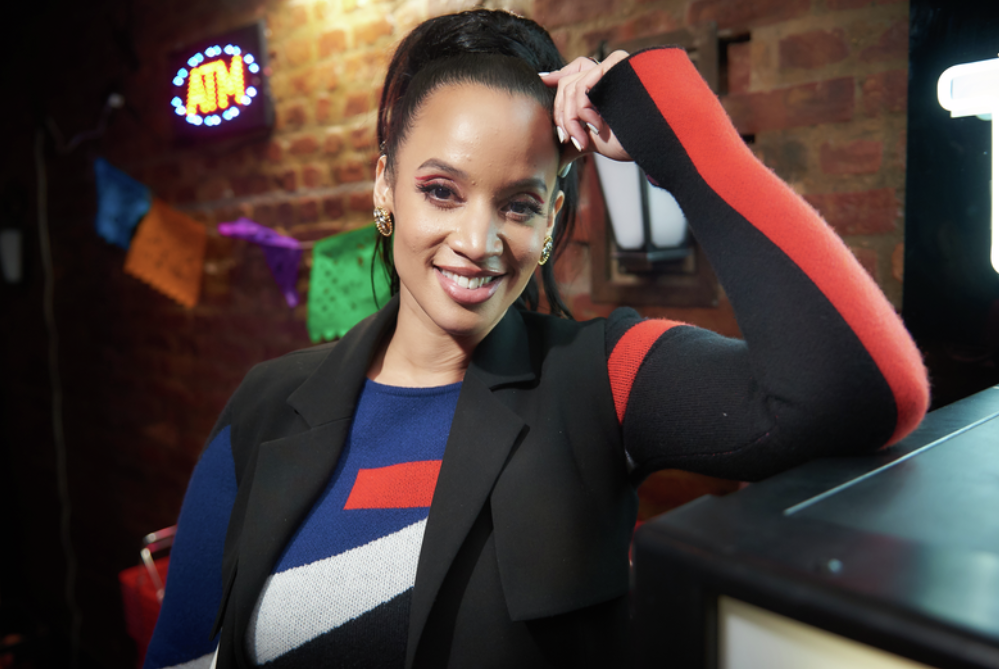 Dascha Polanco is known for her roles in acclaimed dramas such as Orange Is the New Black and When They See Us. However, Polanco is taking new steps in her career.

Starring as the bold and comedic salon girl Cuca in the musical adaption of In the Heights, Polanco not only represents her Latinx community and family, she is also an inspiration for those young and old in need of encouragement to take a chance on their dreams.

BGN talked to Polanco via phone call to discuss the process of becoming Cuca, her experience as an immigrant living in New York, and what the musical means to not only the Latinx community but the world.

This is the first musical you have been a part of in your career. What were some of the biggest lessons that you learned from the auditioning process to filming?

I was always in awe and very grateful and present because to be around such talented people. People have been doing this for X amount of years, and we as people of color don’t know certain iconic figures or creatives. There’s so many things that I learned throughout it. I really fell in love with the whole practice of musicals. It took a lot of preparation and overcoming fear. But if I wouldn’t have done that, then I wouldn’t be here. I said, “I can do it. I am whole. I can sing. I can dance.” I learned that again, you are worthy. You are able and only you can limit yourself from anything you want to do.

You played the role of Cuca, one of the ladies in the salon. What experience from your own life did you apply to the character?

I was able to, for the first time, draw inspiration from my aunts and from the women in my life who did work in a salon and had their own business. We have to understand that doing hair is something that’s very intimate. Even now, we are having the conversation in Hollywood where doing hair is something very personal. You have to stand and you have to treat the energy that we connect with via hair. I was always taught growing up, “Don’t let anybody touch your hair.” You don’t go to everyone to do your hair.

Hair is very sacred. Salon girls, we are pretty much the therapists and matriarchs of the community. We symbolize success within our community. Everyone passes through the barbershop or the beauty salon. It is just that communal space. I had the opportunity to come from that and be able to throw those personal experiences in. My aunt does have a salon now in Brooklyn, and it is my way of celebrating her and showing that she’s as important as a lawyer.

Throughout watching the movie, it is evident that the cast is a tight knit family on and off the screen. What was it like creating this musical with such a familial dynamic?

It felt so comfortable. It’s all empowering and inspiring. I mean, there were days that I would just go to my trailer and say, “Oh, my God, I can’t believe I’m here.” But I’m here and I’m worthy. I’m in my neighborhood. We think that at the moment, you’re just doing a show. But we don’t realize that while we’re there, we’re taking up the space of a community that has been forever antagonized. We were there, and kids surrounding us saw their buildings and streets being highlighted. What it causes is a mode of not only inspiration, but it will cause motivation. They will ignite the thought of and the possibility that I too can be there, which is something that we did not see.

I was among Anthony, Lin, John, and all these talented and amazing people. We all represent something that has not been seen, whether it’s physically, where you from, and with the common denominator of a dream. So being there in the Heights and shooting something as authentic as possible and respectfully done was something that I have never seen. I’ve only been doing this for almost a decade now. It’s all special from the moment that I auditioned, to the moment that we rehearsed, to the moment that we were on set and now we’re going to press. It is just a magical moment.

I am that statistic. I could have easily been the statistic that just conformed. I’m not. I’m here because I represent possibility, belief, and hard work as an immigrant. I want people to be reminded that if I, to all adversity and to all the possibility of going left, decided to go right and believed in what I felt was right and that intuition, everyone can, too. It could only be done when we come together. In the Heights celebrates that tonight, it’s not just Latinx. Yes, it is in Washington Heights and yes, it’s predominantly American. But the story of the Latinx transcends beyond. It’s not just that.

It all starts small, but with the right dedication, the right team behind you, with the right beliefs that you are doing what you can, I think we move forward together and see more of our stories being represented. I stepped into this role and I stepped into the Heights as an immigrant and as Dominican, as I am. Growing up Brooklyn, from New York, Washington Heights, I’m in the forefront because I want everyone who does not see themselves to see themselves in me.

Now more than ever, movies have become a way of escape to see the positives of life due to the pandemic and the current state of our country. What do you hope viewers gain after watching In the Heights?

Well, I hope that it was worth the wait. If there’s one thing that we have no control of, it is tomorrow. One day you are here and one day you’re not. I want the viewers to take a moment to receive the message that through it all, through the storms and the moments of fear, there is a light at the end of the tunnel. There’s a silver lining to it all. The power is in unity.

Linguistically, the movie speaks beyond what it sings and what this script wrote. It is saying empowerment, celebration, and most importantly that cultural differences must be accepted for what it is and not opposed. I hope that the viewers from all ages, the Diaspora, from all skin tones, from wherever you’re from, take this moment and just live it. Live in the Heights. Get inspired, leave the theater thinking, “I can do this, too,” whatever that is. Leave with the motivation that you have the opportunity, and you will.

In the Heights premieres in theatres and exclusively on HBO Max June 10.