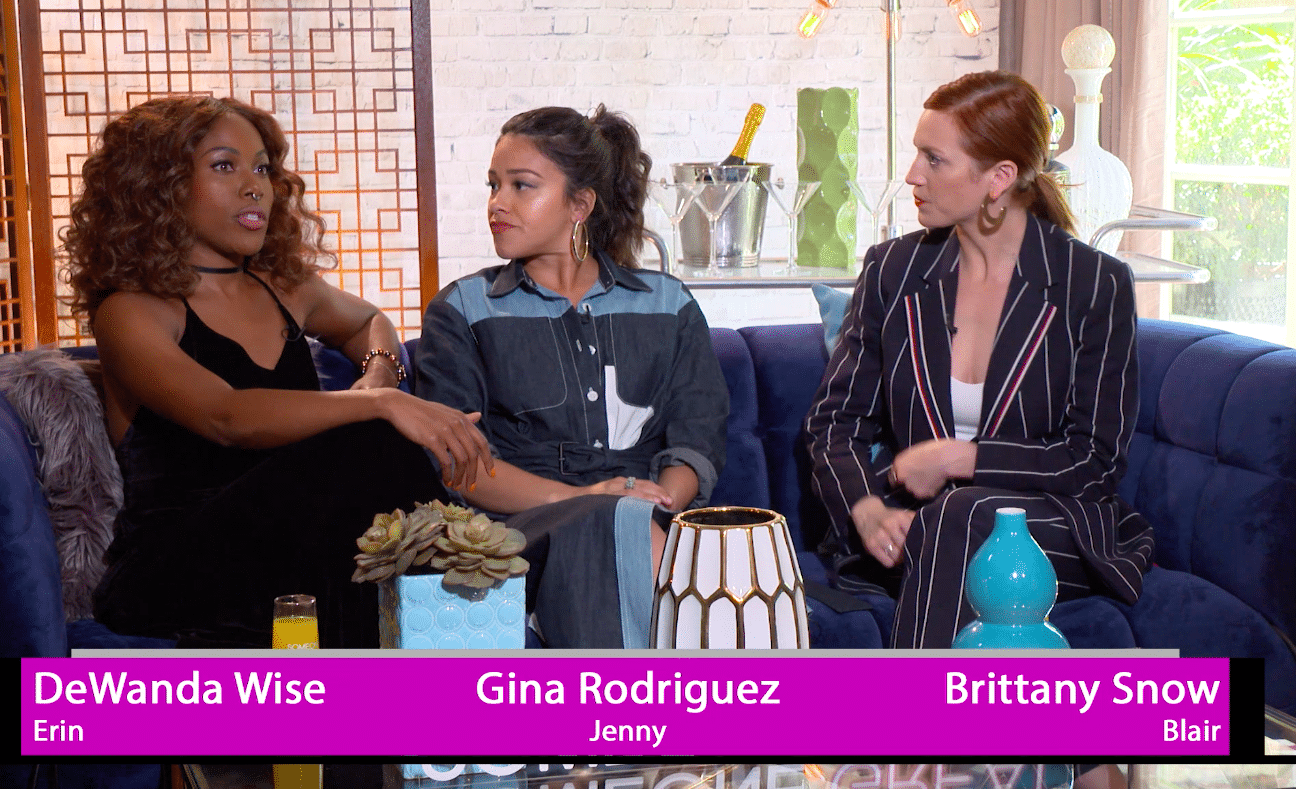 The clip features a fun interview featuring BGN TV reporter Jeandra Lebeauf, with the leading ladies as they disclose their process of working together on set. Both Wise and Rodriguez are best friends, knowing one another since the age of 17, so it was an easy-breezy process for the two to play BFFs in the rom-com. Brittany Snow believes that one can have multiple soulmates and that person could be a lover or a friend.

The story of Someone Great is about an aspiring music journalist Jenny (Gina Rodriguez) has just landed her dream job at an iconic magazine and is about to move to San Francisco. Rather than do long distance, her boyfriend of nine years (Lakeith Stanfield) decides to call it quits. To nurse her broken heart, Jenny gathers up her two best friends, Erin (DeWanda Wise) and Blair (Brittany Snow), for one outrageous last adventure in New York City.

The story comes from writer/director Jennifer Kaytin Robinson (creator of MTV’s Sweet/Vicious), and the film is executive produced by Gina Rodriguez.