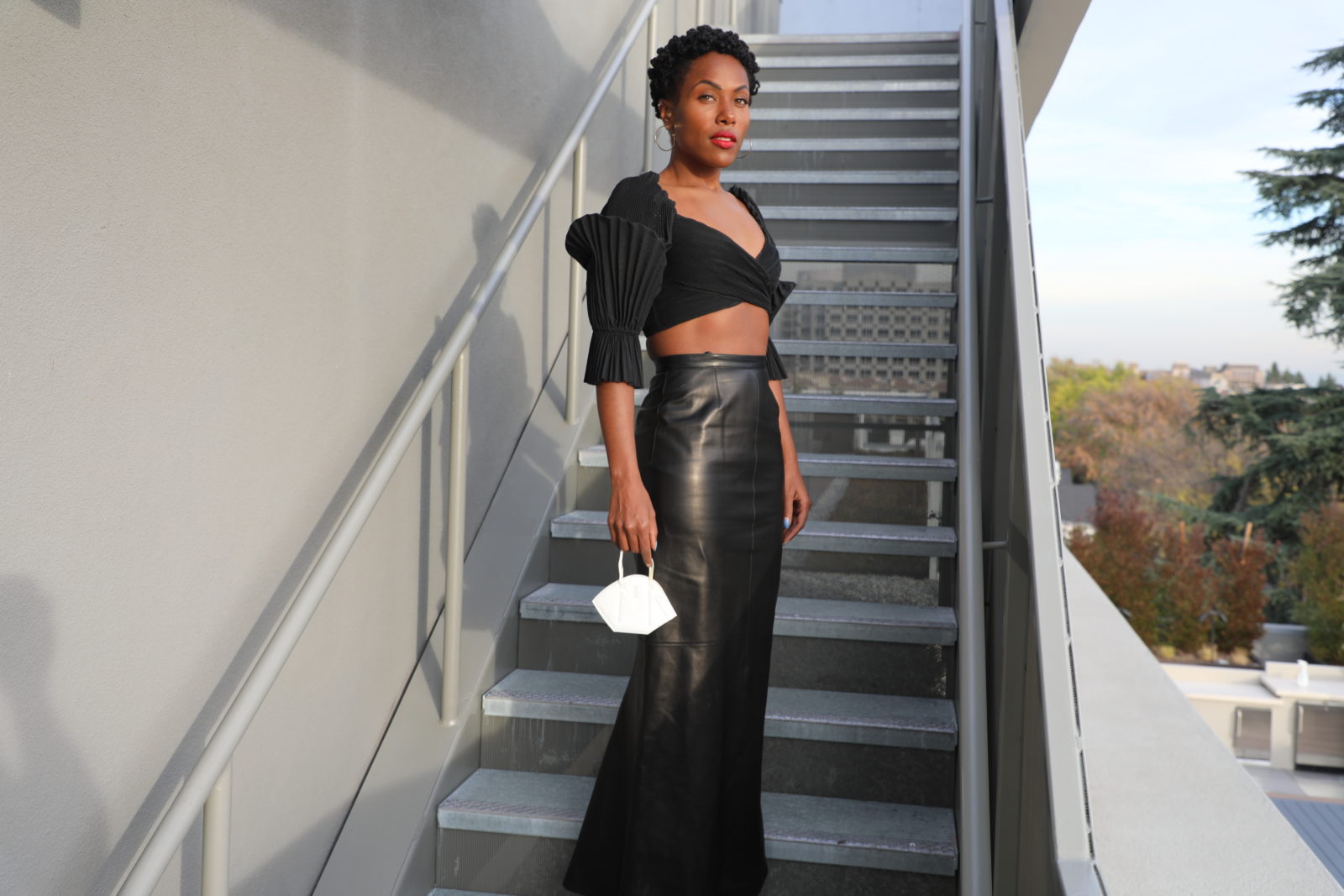 She’s back at it! I’m sure you’ve seen this familiar face before, gracing the screen as Nola Darling in Netflix’s adaptation of She’s Gotta Have It created by Spike Lee. From acting in drama to stunning viewers in historical shows and action films, DeWanda Wise has done it all. Now, Wise has recently taken on the role of Swan in the number one Netflix movie Fatherhood. Acting alongside Kevin Hart and Melody Hurd, Wise delivered in this drama by bringing raw emotion to audiences across the world.

With a promising career and so much to offer, it’s no wonder the actress is showcasing her multifaceted skill set on and off the screen. Wise recently spoke to Black Girl Nerds about Fatherhood, past roles, her flourishing career, and her role in the much-anticipated film Jurassic World: Dominion.

What was your experience like working on a heartfelt movie dealing with death and single parenting like Fatherhood?

I was just really intentional about the kind of work environment that I wanted to walk into. You know it starts from the top down, so experientially [director] Paul Weitz is so warm, so pure. I spoke to one of the producers yesterday, and they were talking about how well the movie is doing. They were like, “How do you feel Paul,” and he was, like, grateful. That’s really the experience that we had. Working on that set, it was everything that we were feeling. That kind of warmth and compassion and gratitude — all of that was present when we were actually filming the movie.

Do you see yourself exploring more emotional topics like this for other roles?

I feel like I’ve had the privilege of jumping through a number of genres. Enslavement in Underground, police brutality with Shots Fired, like playing a woman who I modeled after Leslie McSpadden, one of the mothers of the movement, the mother of Mike Brown. Drama is kind of my comfort zone in a way, especially when it comes to theater. What I have next is pretty voracious. I can’t talk about it, that’s how Hollywood works. But yeah, the next project stuff is pretty voracious. Then, I’ll probably bounce and do a comedy or jump into drama right after that. I try to switch it up as much as possible and also carve out the emotional space then move within capacity to take on heavier roles. I think that’s just as important as the work that shows up on screen.

The numbers are wild; it was overwhelming. We’ve had multiple release dates. I learned about the move to Netflix at the top of this year. Because I’ve had multiple projects on the platform, I know what is possible. I know that it has this potential to reach a kind of global audience that identifies with the story. I heard it has done really well in South Africa, Nigeria, and Brazil, and none of that surprises me. She’s Gotta Have It also did really well in those territories. That kind of scale and reach and the reception — it’s always a small miracle when something that resonates with you profoundly resonates with people all across the world. It’s what you hope for, but there’s no assurance of it. When it happens, it feels like magic.

Can you talk about your new project? I’ve seen the trailer for Jurassic World: Dominion.

Jurassic World: Dominion, what can I tell you? I can tell you that it covers a lot of terrain. There were so many things that [director] Colin Trevorrow did that were this beautiful kind of homage to a certain era of Hollywood, when we were first crafting blockbusters in the late ’70s and early ’80s. It has that classic action-adventure vibe in so many ways. There’s a ton of movie Easter eggs. For having been the first production back during the pandemic, we built the kind of camaraderie and rapport that would absolutely not have happened if we weren’t under such extreme circumstances. We all stayed together in this hotel. I had a chance to get to know all my castmates outside of work. When that happens it shows up on screen. The work is stronger.

Do you have any characters or roles you would like to play in the future when it comes to action movies?

She’s Gotta Have It felt like a prayer because I’ve always known that for me this notion of being booked and busy was never my goal. It was never about volume; it was always about impact. I always wanted to play characters that felt fully human and that people could really latch onto. Growing up we had Angela Bassett in What’s Love Got To Do With It, we had Tina Turner in Mad Max, we had these cinematic icons like Grace Jones. So I knew that the work that I wanted to do should fit a certain kind of scale. All that is a long-winded way of saying I wanted to play new heroes. I had a chance to do that with Jurassic, and it’s really special. I hope the character hits in a way that is lasting. That’s what I want to do in the action space. I want to continue to create new Black girl heroes.

You have a diverse portfolio from works like She’s Gotta Have It to Someone Great. What’s on your plate next?

My husband and I are writing and producing. So hopefully, I will be creating more opportunities for more BIPOC artists. That’s the penultimate goal. Without destroying any future press releases, a lot more of me venturing out into other genres and other spaces, and hopefully having the audience be like, “Wait a minute, is that DeWanda?” That’s what I want. I know some people want to be a brand and want people to automatically recognize who they are and everything, but I like to be a little sneaky. I like to sneak up on you and you catch it like Tom Hardy in The Revenant.

Fatherhood is now available for streaming on Netflix.