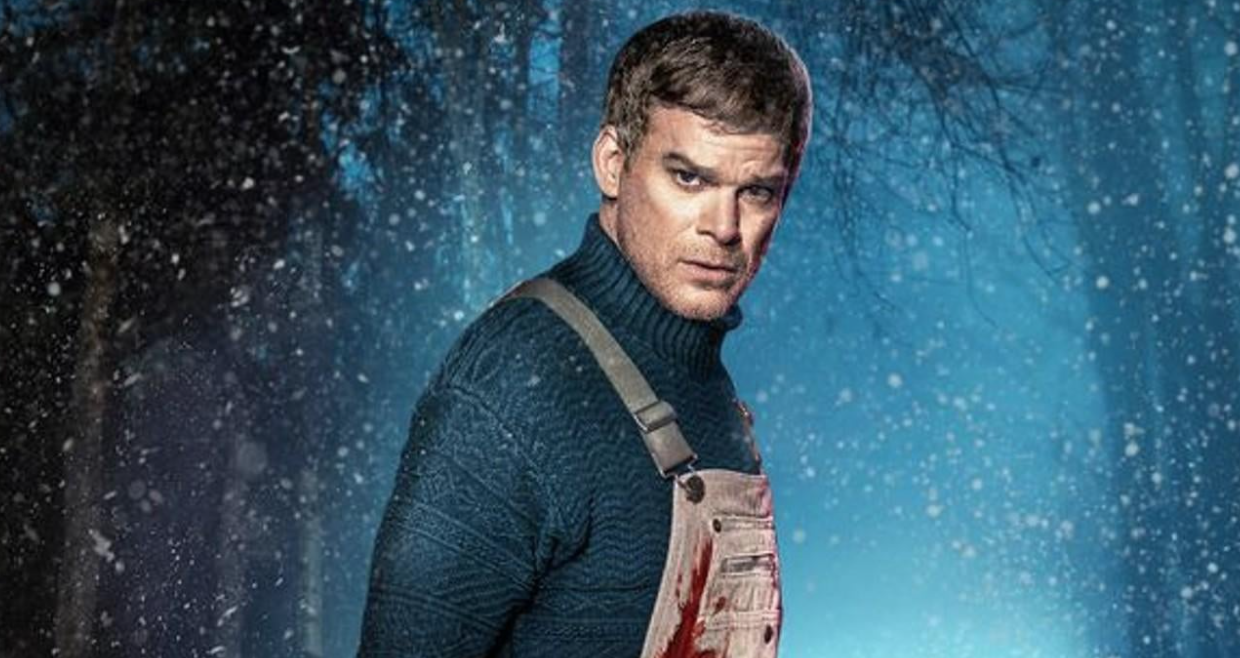 Dexter has a contentious place in television history. On one prosthetic hand, its final season and finale remain one of the worst of all time even now almost 10 years after it aired. On the other dismembered hand, the Season 4 closer featuring the surprise murder of Rita Morgan (Julie Benz) at the hands of the Trinity Killer (John Lithgow) continues to top lists of the most shocking moments in TV history more than a decade later. It’s a production of extremes, and today’s reboot New Blood follows in its footsteps.

I have loved Dexter from the very start. The vigilante justice of his code fills an important vacuum for victim/survivors, and watching him dismantle criminals who escaped the law was cathartic. But where I really fell in love was during Season 5, the rape-revenge season, where Dexter (Michael C. Hall) takes down a gang of perverts who kidnap women to torture, rape, murder, and film it all, dumping the women after in the Everglades in trash barrels. As he dispatched each pervert one by one, those were the moments when Dexter received my devotion permanently. In fact, I adore Dexter so much I didn’t think the Season 8 finale was as atrocious as everyone complained, and I long suspected that Dexter Morgan never intended to survive that hurricane he rode into that garnered so much fan hate.

In Marcos Siega’s sequel Dexter: New Blood, my suspicion was finally confirmed that the eighth season closed with a suicide attempt. When Dexter accidentally survived, he took the opportunity to reinvent himself. From the opening moments of New Blood we see these changes in action in Dexter’s new alter-ego James “Jim” Lindsay who has made a home in upstate Iron Lake, New York. Jimbo has amplified Dexter’s previous office-donut persona and has compartmentalized his old self so deeply he hasn’t killed a single bad guy in this entire time away from Miami. The ghost of Harry Morgan (James Remar) has been replaced with a fabulously demented version of Dexter’s sister Debra (Jennifer Carpenter), who bullies Dexter into staying straight, while providing disturbing evidence that under Jimbo’s affable veneer he is even more psychologically damaged than before.

With the shooting of a sacred white buck on Seneca land by local murderer Matt Caldwell (Steve M. Robertson) — who killed five people and covered it up — coupled with the return of Dexter’s estranged son Harrison (Jack Alcott), “Jim Lindsay” can no longer hold back the truth about Dexter Morgan and wraps his shed in plastic to kill Matt. Unfortunately, Dexter’s first victim in 10 years is the son of Iron Lake’s own serial killer of runaways Kurt Caldwell (Clancy Brown), who is almost as prolific as Dexter himself and also hides behind a good guy veneer. As Dexter’s actions once again put Harrison in danger, his cat and mouse game with Kurt has explosive consequences.

Dexter might not be killing just before we meet him again, but he’s still flirting with the law. His girlfriend is Police Chief Angela Bishop (Julia Jones), the first Seneca woman to hold that role, who slowly begins uncovering the truth about Dexter Morgan: He is the Bay Harbor Butcher, and she’s been sleeping with him for almost 3 years.

As the stakes consistently ramp up, New Blood reminds us that while this is a sequel to Dexter, it’s a new and evolving monster entirely. Sunshine, beaches, and sandbars are replaced with snow, forests, and the blue light of winter. The iconic title credits are absent, along with the haunting lullaby melody of Dexter’s theme songs. Instead, we’re hit with an intense Cormac McCarthy-esque visual collage that hints to future events, as well as the episode title hidden in the scenery like a superhero comic. Every episode has an actual soundtrack to complement the score, including songs from Iggy Pop, Blondie, Beck, Lunachicks, and many others. The tone has shifted into much more ominous territory, helped along by the new characterization of Debra, whose unsettling ghost presence is the veritable opposite of who she was alive. It’s both thrilling and terrifying to see this new side of Debra, and Jennifer Carpenter attacks the role with gusto.

Yet New Blood is still so familiar. There are many echoes to the original, starting with the return of Dexter’s internal monologue, which feels like an oddly comforting, strange homecoming. After the past three years of the real-life pandemic, Dexter’s voice felt like a restoration to some semblance of normalcy, being back with an old friend even though he remains problematic. After all, Dexter has killed at least 135 people in his original run, and adds five to that number in New Blood.

Nostalgia in New Blood is subtle, and effective, without much reliance on cameos from Dexter’s old world. In many ways, this return feels quaint, as the storytelling is straightforward and there are no massive twists like we’ve come to expect in a show since the first Dexter conclusion. Still, New Blood definitely banks on these moments of morbid remembrances, like when Dexter’s internal dialogue finally resumes after killing Matt Caldwell, along with carefully placed hints of the original theme song and the occasional steak and eggs references to the original run.

Where New Blood diverges is in Michael C. Hall’s performance, which reads much more like a play than a TV show. Hall uses his considerable theater chops to fantastic effect, and it meshes well with all the new blood infused into the show with fresh characters, the unique setting, and the actual gallons of blood spilled on screen as we see aspects of Dexter’s process we never did in past seasons.

In New Blood, everyone grapples with the fact that the past isn’t through with them. With Harrison’s return to Dexter’s life, and Dexter realizing Harrison also has a corresponding Dark Passenger, Dexter can no longer deny their shared generational trauma. A cycle of violence has continued, even with Dexter and Harrison living apart. It’s as heartbreaking as it is troubling, and New Blood explores these intense personal and psychological dynamics with powerhouse performances from all main characters. It’s a gut-punch when realizing young Harrison might not have a choice in following in his father’s footsteps. Jennifer Carpenter’s darkly dreamed Debra is horrifying and captivating, stealing every scene she’s in with an unsettling force that reveals just how broken Dexter really is deep down.

But where New Blood shines extra bright is in its Indigenous representation and focus on a real-life American problem of missing and murdered Indigenous women. Chief Angela Bishop’s main motivator is solving the case of her missing best friend Iris (Jessica Perry), as well as all the other Indigenous and runaway women who have gone missing in the area. She suspects a serial killer, but has no idea it would be kindly Kurt Caldwell, whose performative sanity is even more effective than Dexter’s “cultivated affability.”

In nonfiction America, the FBI suspects multiple serial killers are working through Indian Country, as the systemic epidemic of missing and murdered Indigenous women grows each year without even receiving a modicum of national news coverage. This kind of Indigenous representation in television, especially in a police procedural, is almost nonexistent, so seeing New Blood take time and care to explore these important issues sets it apart from Dexter’s own history as well as similar cop shows. If more shows and movies focused on America’s missing and murdered Indigenous women, we might be seeing more urgency and justice for these women and communities in real life just through simple awareness.

“What would justice feel like to you?” Dexter asks Harrison when describing Harry’s Code, and every single character in New Blood has both individual and collective ideas of what justice means to them, both legally and otherwise. For the fans who felt the original Dexter ended with an ambiguous injustice, I hope you’re satisfied now that the closure in New Blood is concrete and irrevocable with Dexter’s death. I wasn’t prepared for a freshly broken heart this early in the year, and I am self-soothing by remembering the collateral damage of Dexter’s rampages Sargent James Doakes (Erik King) and Captain Maria LaGuerta (Lauren Velez) will finally receive their long overdue vindication. As sad as I am, I still understand Dexter’s story could end no other way.

Goodbye, Dexter Morgan. I will miss you even more this final time around.