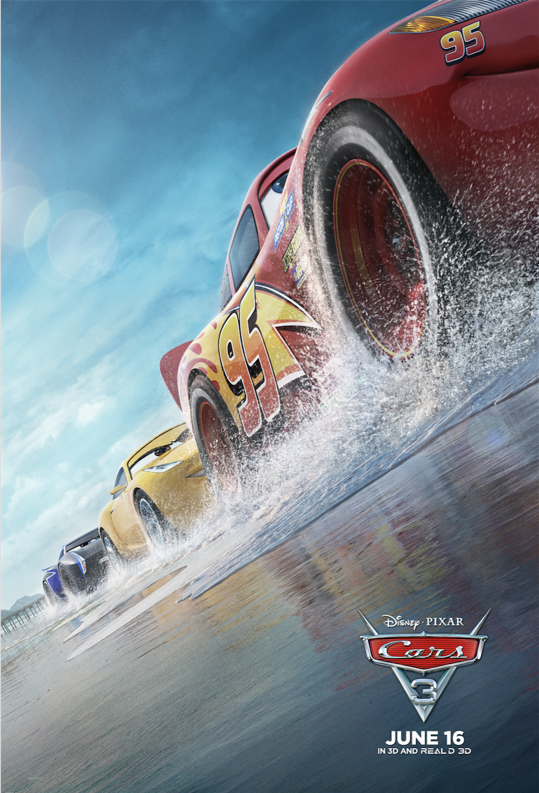 Blindsided by a new generation of blazing-fast racers, the legendary Lightning McQueen is suddenly pushed out of the sport he loves. To get back in the game, he will need the help of an eager young race technician named Cruz Ramirez, with her own plan to win, inspiration from the late Fabulous Hudson Hornet, and a few unexpected turns will prove that #95 isn’t through yet & will test the heart of a champion on Piston Cup Racing’s biggest stage!

‘CARS’ debut in theaters June 16th and stars the voice of Kerry Washington.

Tips For Girls To Find Their Path To Finishing The Race

Tia Norfleet is the first black female NASCAR driver. When she was seven, Norfleet’s father, NASCAR driver Bobby Norfleet doubled the battery power of her Hot Wheels Barbie car to increase its speed, and the rest is history!

Marley Dias is the 12-year-old who founded #100BlackGirlBooks in 2016, a campaign to collect 1,000 books that have black protagonists. Her campaign far exceeded her goal, with over 4,000 books. This year, she landed her book deal with the widely acclaimed book publisher, Scholastic.

Viola Davis is the first black woman to win an Oscar, Emmy, and Tony award for acting. This Juilliard-trained actress is one award away from achieving EGOT status (Emmy, Grammy, Oscar, and Tony), in which she would need a Grammy award to complete the quartet. If she reaches this status, she will join the ranks of other renowned figures in Hollywood, including Whoopi Goldberg.

Mary-Pat Hector is a 19-year-old political science and comparative women’s studies major at Spelman College who is running for City Council in Georgia. She has excellent and impressive experience in community organizing. Most recently, she served as the national youth director of the National Action Network which offered her the opportunity to meet former President Obama, and other leaders to social justice initiatives. She also made her mark in national politics as a youth leader for Hillary for America’s Millennial Victory Council.

Know that every “no” is only a “not now”—in other words, don’t take no for an answer!