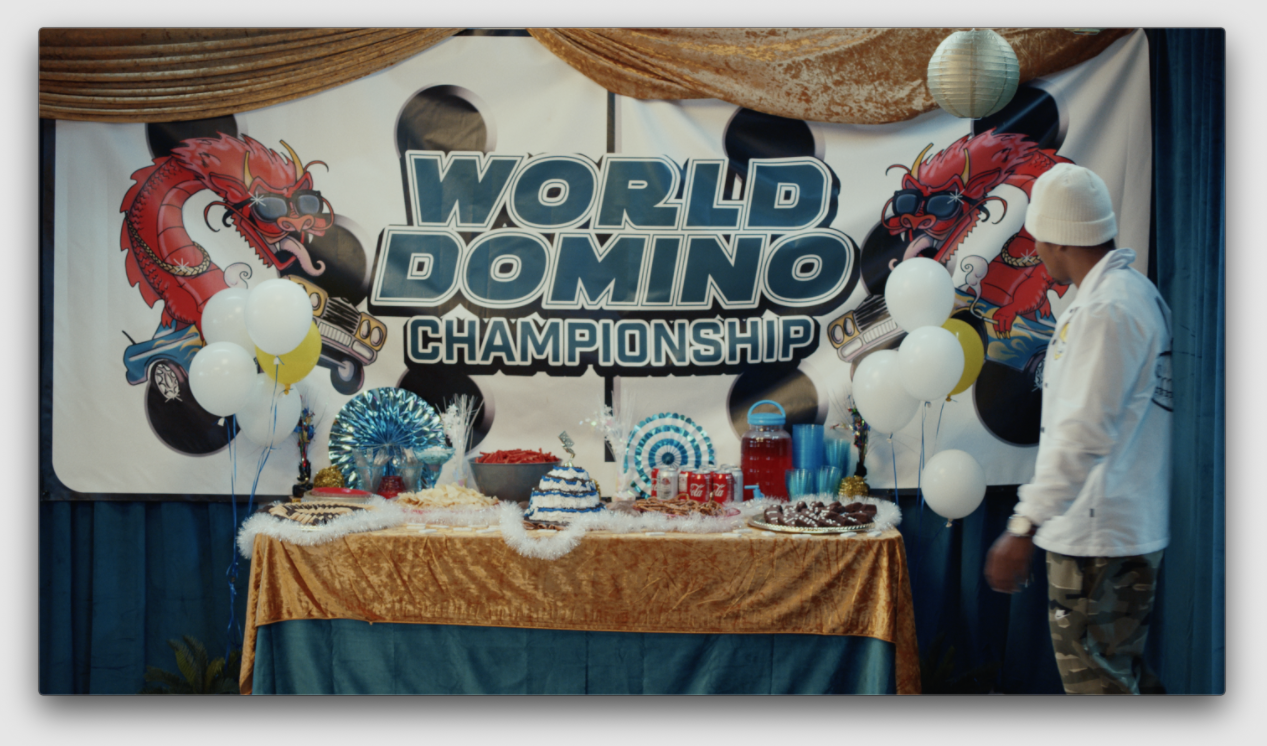 It’s not every day that movie-goers get to see a movie depicting the competitiveness of an underappreciated age-old game. Not only does DOMINO: Battle of the Bones capture the essence of dominos but it highlights its significance beneath the surface. In this comedy featuring an all-star cast like Snoop Dogg and David Arquette, the intensity of competitive and racial cultures collide through a skilled domino tournament. A Black elderly former champion domino player joins forces with his white step-grandson to aid him in his quest to win the ultimate off-the-wall tournament. When Andy is sent to stay with his grandad in Compton, the two begin to form an unlikely bond through their shared appreciation for the game. Through this commonality, the pair overcome barriers like cultural indifference and learn a multitude of life lessons from one another. Despite the comedic R-rated factor, this film teaches so much about acceptance.

At the start of the film, Andy and his granddad are both reluctant to meet. Viewers see this resistance from Andy when he expresses unfamiliarity with Compton and states how he would rather be in Cabo when his mother and stepfather leave for their trip. When Andy arrives in Compton at his grandad’s house, his grandad shows a similar hesitance but not due to the change in atmosphere. His hesitance stems from their racial difference in appearance. Right off the bat, the grandad does not acknowledge Andy as his step-grandson. He rejects him as his own and simply views Andy as a babysitting job he was asked to complete. His attitude and set of rules are unwelcoming almost as if Andy is a burden. Automatically, Andy and his grandad both put walls up. Being unfamiliar with one another and having not been exposed outside of their cultural norm, they’re both in somewhat of a cultural shock. However, Andy is much more observant and curious. He is open to learning about his step-grandad. This curiosity is what serves as a breaking point to shattering those pre-existing barriers and creating a kinship. He desires to know who his grandad is.

“I Help You, You Help Me” Character Dynamic

Once Andy notices the domino game on the table, it becomes clear that this is what the two may have in common. Now that he shares a commonality with Andy, the grandad lightens up. It is also a commonality that is near and dear to the grandad. He also discovers that Andy is a gifted player, making this a pivotal scene in the comedy. Andy’s grandad now sees some relevance in Andy due to dominoes. This scene marks the initial period of an “I help you, you help me” character dynamic. Furthermore, as the film progresses, the pair will not be as disconnected from each other as they are upon meeting.

Upon meeting, it is obvious that there is a racial and cultural disconnect. Besides being two distinct people with completely different interests, Andy and his step-grandad were separated by race. Andy’s grandad saw Andy as a young white boy from a completely different part of town, while Andy saw himself as the only white boy in a predominately Black Compton who lacked confidence. Andy didn’t feel like he fit in. The grandad did not allow him to feel like he belonged. By playing dominoes, the physical and emotional differences subsided between Andy and his granddad. In other words, Andy’s grandad found Andy’s use or purpose. They are now two people who just love an age-old game. What’s unique about this bond is that they both enjoy the game and respect it for its strategic principles. He realized that Andy is gifted in this game.

Although Andy somewhat sees eye-to-eye with his grandad now that dominoes come into play, he still lacks confidence in himself. Viewers can see Andy’s lack of self-esteem when he interacts with others. There is a cultural influence in the way people speak and interact with one another in Compton, which Andy does not feel connected to. His insecurities are tested once he enters the tournament and encounters people who have a higher social status than he does. This is when his grandad’s wisdom comes into play. He instills words of wisdom in Andy, teaching him to be confident with his approach to people. This approach to life that his grandad teaches is also symbolic of Andy’s character development and sense of belonging. Initially, Andy feels out of touch with Compton because he’s in a unique background from his own. He also feels out of touch due to his insecurities. It takes an unfamiliar grandad to allow Andy to come to terms with who he is and recognize his full potential. For characters to grow, they must teach, learn, and expose their hearts to people outside of their everyday cultural norms.

DOMINO: Battle of the Bones is currently playing in theaters.