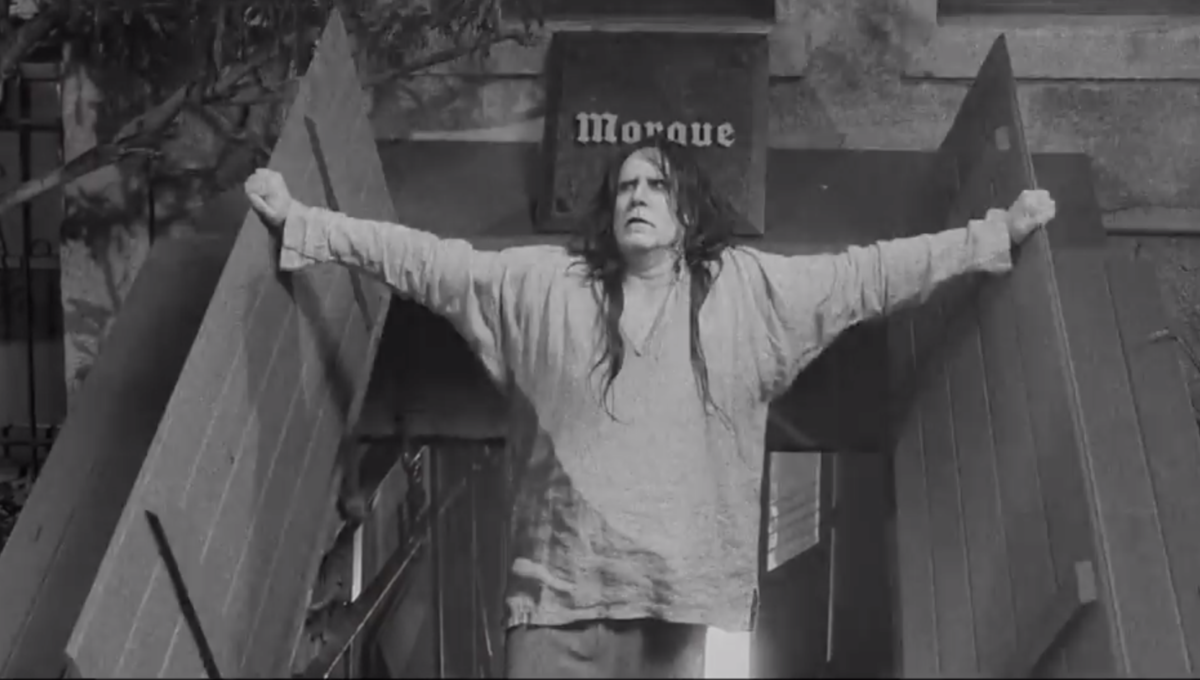 Horror’s growing mainstream presence rears its spooky head in the Season 6 opener of Derek Waters’ hilarious Comedy Central romp Drunk History. Each season of this booze-fueled show ups the ante, with bigger stars in the drunken reenactments and bigger budgets for sets and special effects. Season 6 premiere episode “Are You Afraid of the Drunk?” not only has one of the most star-studded casts to date, but it covers one of my personal favorite histories of all time: The creation of Mary Shelley’s Frankenstein during a drug-and-liquored stormy night of storytelling debauchery on Lake Geneva.

Narrated by Rich Fulcher — and witnessed by Kirby Howell-Baptiste and Derek Waters— we go deep into the woods for a boozy campfire horror story. Fulcher is one of my favorite drunk historians, and what I love about his appearances is that he actually looks and acts drunk. I mean, I know everyone is good and sauced up by the time Waters starts filming, but they don’t always appear to be so unless they start burping or hiccuping. Not so with Fulcher. That dude is and looks wasted. And I have no idea why it’s so funny. But it is. And he adds so much gross hilarity to the stories he narrates, he’s got this down to an art. “Are You Afraid of the Drunk” is no exception. 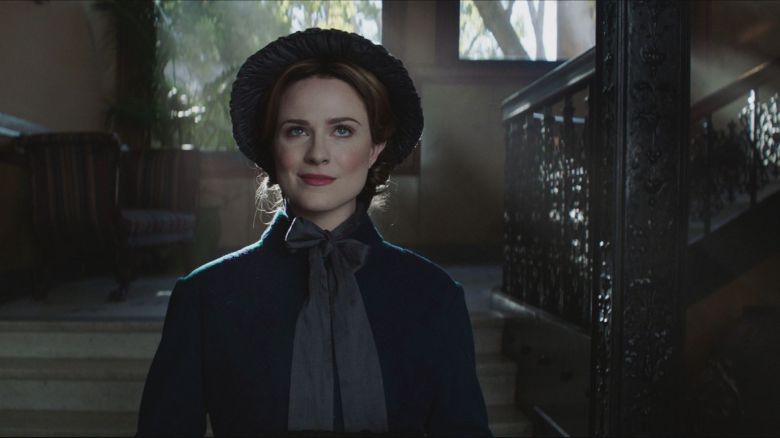 Featuring the indomitable Evan Rachel Wood in a comedic tour de force lip-synch performance as Mary Shelley, Wood brings the fierceness of her Westworld Dolores to the woman who essentially invented science fiction. Not only is she brilliant in her focus, but she is hilarious at the same time. Her maniacal interpretation of Rich Fulcher’s drunken ranting is the funniest thing I’ve seen in ages.

An almost unrecognizable Will Ferrell as Frankenstein’s Monster mirrors the design of beloved and gone-too-soon Penny Dreadful. I would love to see Ferrell do drama one day. He’s hinting at the chops in just these few minutes on screen, and I’m here for it. “Are You Afraid of the Drunk?” has a bit of a Young Frankenstein vibe in Ferrell’s Monster, and these homages have made this episode my favorite yet. 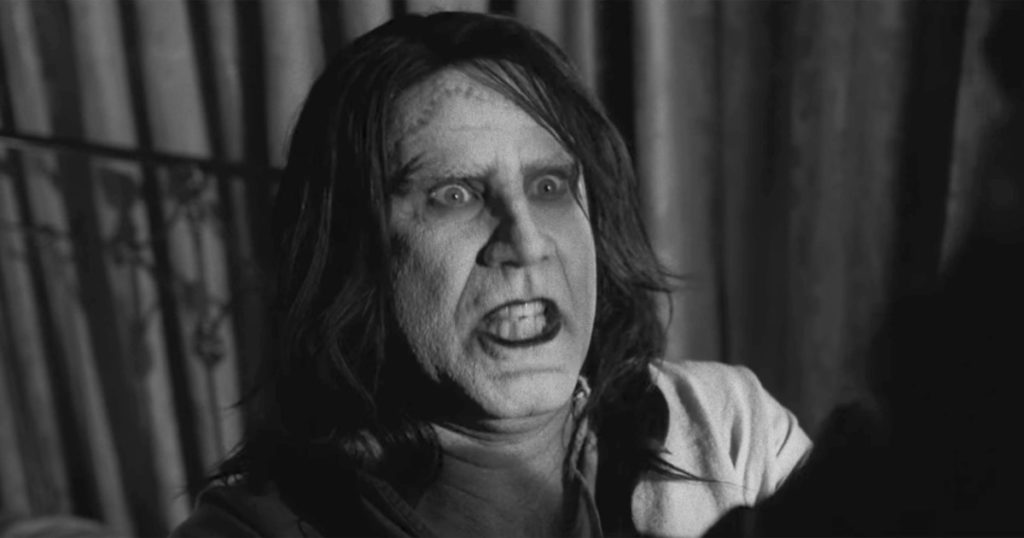 “Are You Afraid of the Drunk” includes wild appearances by Elijah Wood as Percy Bysshe Shelley, Jack McBrayer as Lord Byron, and Seth Rogen as Victor Frankenstein. Everyone goes all in and the camp is glorious indeed. Because this premiere isn’t just a drunk retelling of how Mary Shelley came up with her most famous story: It also includes reenacting the story within the story. Metatextuality for the win.

And before you discount Drunk History as a bunch of tipsy nonsense, allow me to theater nerd out for just a second. Commedia dell’arte is a style of improvisational theater that was popular in Italy from the 16th to 18th centuries. It is bawdy and absurd, the original sketch comedy. I don’t know if Drunk History creator Derek Waters was inspired by commedia dell’arte, but since the first season it is this aspect that keeps me coming back, along with the guaranteed laughs. Imagine all these brilliant, award-winning actors who take the rambling scripts of drunk people and turn them into cheeky, campy, and clever romps into history. It’s something special and unique. We need more bright comedies like this that rely on silliness plus intelligence for laughs. This is punching up kind of humor, not punching down. I think that’s something else that makes it so easy to laugh when visiting Waters’ inebriated world. 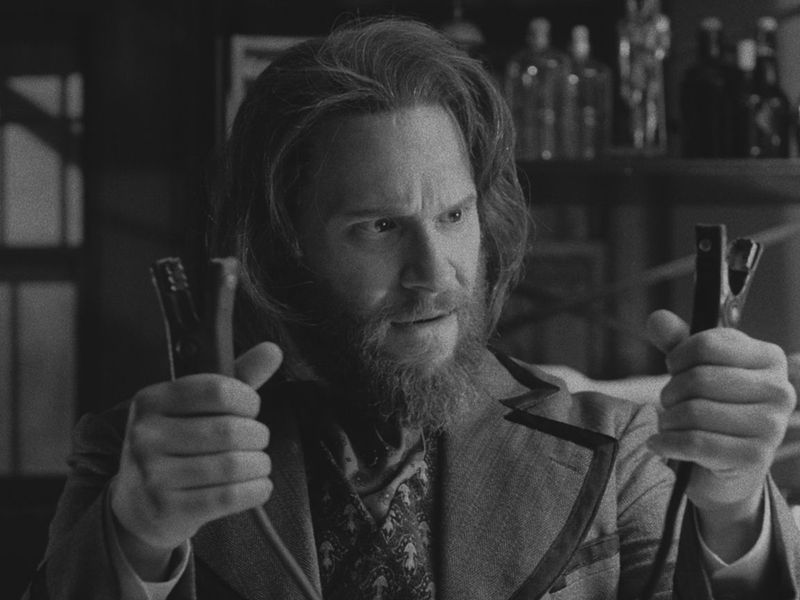 If the cinematic scope in “Are You Afraid of the Drunk?” is the kind of leveling up we are going to see in the rest of Drunk History’s sixth season, I have my glass of sipping tequila all ready for the next 15 episodes. With the neverending horror of the 24-hour news cycle, 30 minutes of Drunk History is going to bring much-needed levity to the week. Cheers, nerds.

Tribeca 2019 Review: ‘Come to Daddy’ is Not Your Usual Father-Son Reconciliation Film