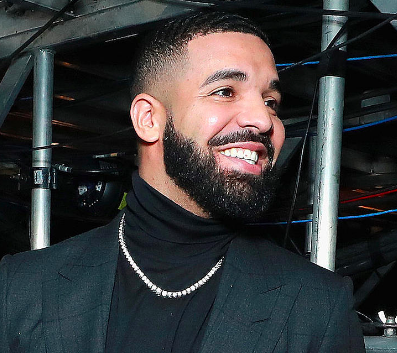 Aubrey Drake Graham has an extravagant 50,000 square feet house in his home town Toronto. The house has an indoor basketball court with a 21-square-foot skyline in the shape of a pyramid. FerrisRafauli, Canadian architectural and interior designer used materials such as bronze, limestone, exotic woods and other materials rarely seen in modern houses. Drake wanted the house to be a timeless, monumental building that he will leave behind. The designer Rafauli says that the style used in the house is “modern Art-Deco”. The size of the rooms is impressive and the scale of the project becomes clear from the moment you enter the hallway, which is decorated with limestone, marble and a mirror with a bronze frame. To create the piano that stands in one end of a great, 44 feet high, room an Austrian piano manufacturer Bösendorfer joined forces with Japnese artist Takashi Murakami and Rafauli. A version of Lobmeyr’s Metropolitan chandelier is another impressive element of the room. The musician’s favorite room is a master bedroom that covers 3,200 square feet and has a terrace one third the size of the room. The bed in its entirety weighs around one tone. The master bathroom has a 4,000-pound black marble bathtub, carved from a single block. He also has a recording studio, the kitchen with a stove designed by Rafauli. Drake started building and designing this house when he was just 27 and now at the age of 33, he says he will “remain solid” in Toronto.

Parties are over for Drake during the lockdown

Drake admires Canada and Canadians. Most of his hits are recording in Canadian record studios and even his luxurious house is based in Canada. Drake is one of the biggest fans of the Toronto Raptors. The team could win the NBA championship for the first time in 2019 and Drake was very happy. Drake had scheduled an official tour in 2020 but he decided to cancel it. Along with the tour, Drake won’t be able to entertain people in Canadian casinos. Drake has been spotted in big Canadian casinos a few years ago. Since that Drake loves partying in parties of Casinos. Owners of Canadian casinos are always open to adjusting casinos for Drake’s parties. Biggest pop and movie industry icons visit Drake’s parties in Canada. Most of his shows have particular themes – Jame Bond style, James Dean style, etc. Drake’s shows always have music and casino games mixed. He loves to perform and have wild fun with casino games along. Those parties have a scene for Drake’s performance and team while rooms for poker, roulette, and real money slots machines are open for guests. Per visitors, Drake’s parties are most underrated.

Drake Breaks the Interest When Sharing the First Image of His Son, Adonis

Drake shared the picture of his son, Adonis, for the first time on Instagram. Drake now 33 years old, shared the pictures of his parents, his son and the mother of his son 30-year-old Sophie Brussaux and wrote that he was looking forward to reuniting with the family. She also shared the pictures of their son on her Instagram page. Drake hid he had a son and the pubic only found out about this through the song by Pusha T, “The Story of Adidon” in 2018.  Later the same year Drake recorded a song “Scorpion” admitting that he had a son. In the song “March 14” he talks about the moment when he found out that Adonis was his son and hopes not to be an absent father like his father was. In one of his songs, Drake implies that he wanted to protect his kid from the world of fame. He may have been right since the first reaction on social media was mean jokes saying that Drake might not be his father because of the child’s fair skin and light blue eyes. Many fans defended the child saying that he looks just like Drake’s mother and that it was cowardice using the anonymity of social media making jokes about a child. Drake is not the only celebrity whose child is being ridiculed by adults on social media. Jay-Z’s daughter, as well as children of other celebrities, are often made fun of based on their appearance. People are cruel to celebrity kids and think they might not be affected by bullying. But they are simply kids just like our children.