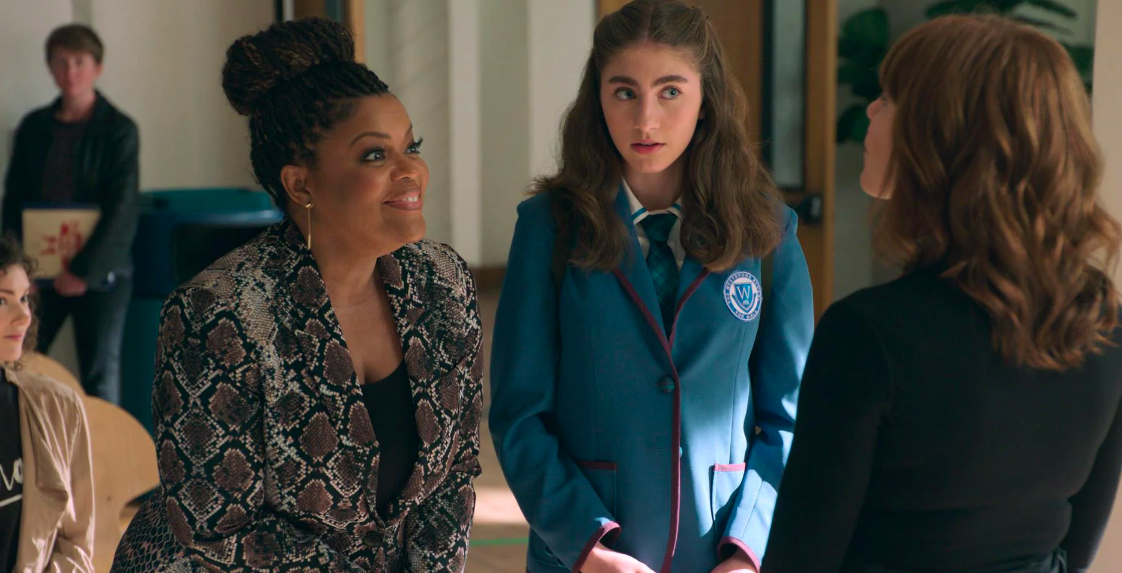 The series Big Shot is a heartwarming story of growth and second chances.

Big Shot follows a youth girls’ basketball team coached by Coach Marvyn Korn (John Stamos) who takes a job at an all-girls high school after getting ousted from the NCAA. Joined by Yvette Nicole Brown who stars as the dean of the high school, Sherilyn, and Jessalyn Gilsig who plays Marvyn’s good-humored and down-to-earth assistant coach, Holly Barrett, Coach Korn soon realizes that he can learn just as much from these teenage girls as they can learn from him.

By learning how to connect with his players, Marvyn begins to grow and evolve into the person he’s always hoped to be; as the girls learn to take themselves more seriously, empower themselves and each other, and find their footing both on and off the court. The series also features Richard Robichaux (“George Pappas”) Sophia Mitri Schloss (“Emma Korn”) Nell Verlaque (“Louise Gruzinsky”) Tiana Le (“Destiny Winters”) Monique Green (“Olive Cooper”) Tisha Custodio (“Carolyn “Mouse” Smith”) and Cricket Wampler (“Samantha “Giggles” Finkman”).

Coming soon in the next episode is “Great in the Living Room” and features Coach Marvyn Korn seeking redemption by trying to recruit a new player after Harper’s exposé goes viral.

In this clip — Principal Thomas Introduces Emma Korn to Miss Goodwyn (who leads the school play) because she wants Coach Korn’s daughter to get more involved in activities at the school.