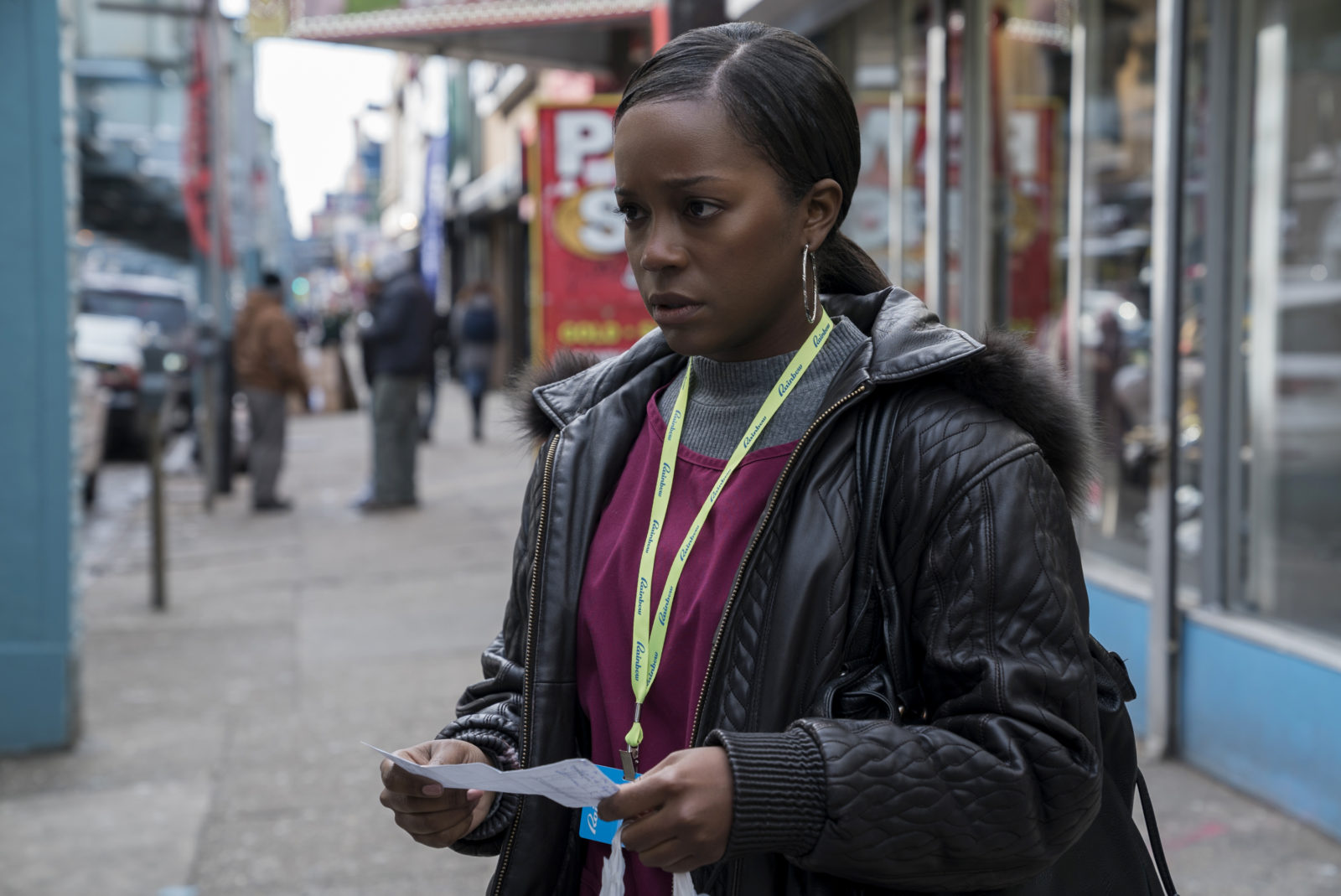 The STX film The Upside stars Kevin Hart and Bryan Cranston in this bromance about between two men from opposite sides of the spectrum. Based on a true story and also a remake of the French hit The Intouchables, This dramedy directed by Neil Burger (Divergent, The Illusionist).

Aja Naomi King plays Latrice, Dell’s ex-girlfriend and the mother of his child. Aja Naomi King is most notably known as her character Michaela Pratt in the ABC series How To Get Away With Murder.

King portrays one of the five ambitious law students who is chosen to work for the brilliant criminal defense professor Annalise Keating played by Viola Davis. The show follows the students and Annalise as they become forever connected to each other after a murder is committed on campus.

Upcoming on the big screen, King will also star as the lead in the upcoming film A Girl from Mogadishu from Pembridge Pictures. The film follows Somali activist Ifrah Ahmed (King), who was born into a refugee camp in Somalia and sent to Ireland as a teenager. Recounting her traumatic childhood experiences of female genital mutilation cutting when applying for refugee status, she vows to devote her life to the eradication of the practice.

King has also received critical acclaim for her role in Birth Of A Nation which earned her an NAACP award for Outstanding Supporting Actress in a Motion Picture.

The Upside premieres in theaters nationwide this weekend.

Review: ‘Second Act’ Is All About Second Chances

BGN TIFF 2017: On the Red Carpet with the Director and Screenwriter of “The Upside”