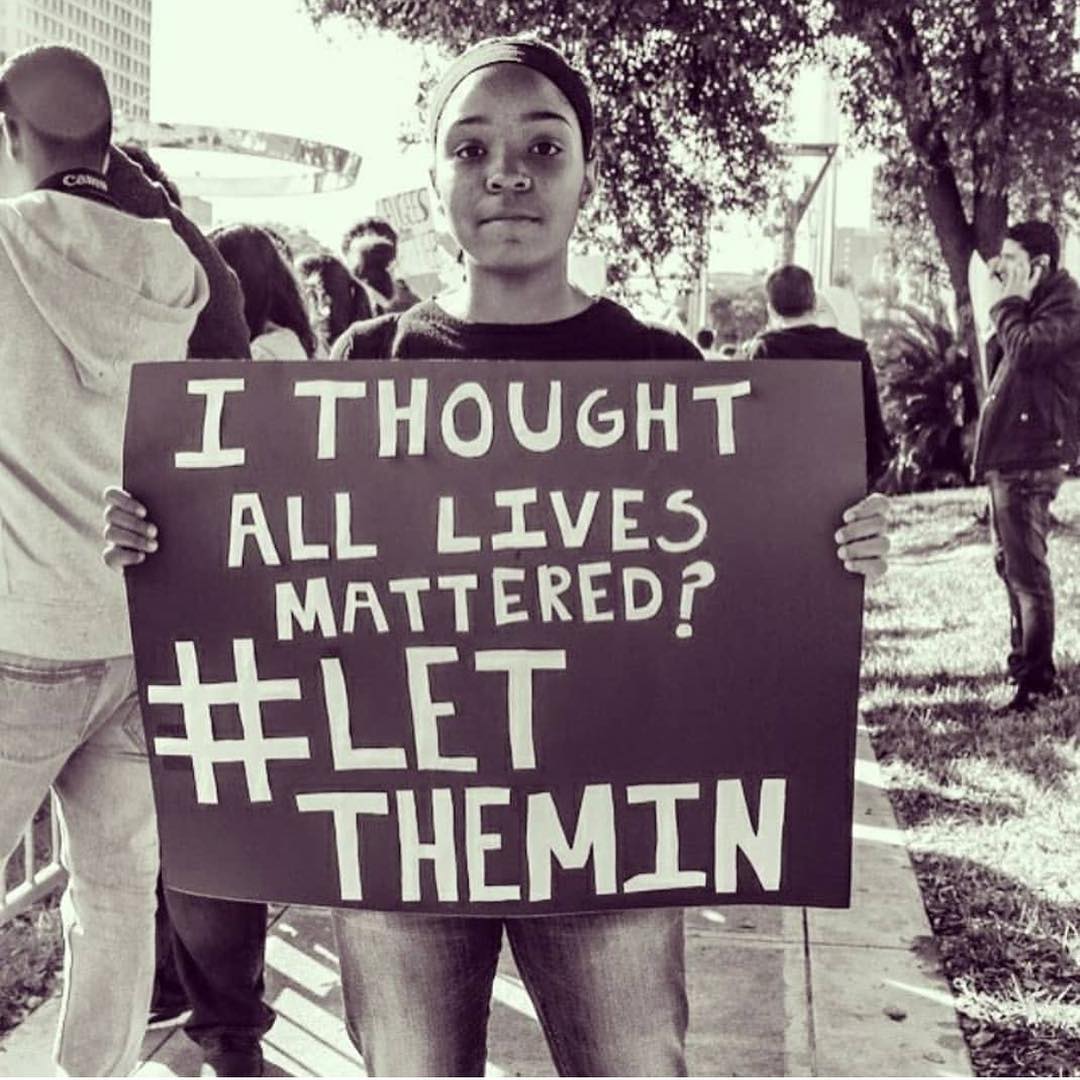 As a part of the Trump’s administration “zero tolerance” immigration policy, roughly 2,000 children have been separated from their families at the border over a six-week period. They are forced into the deplorable living conditions of detention centers and must live without the safety and care of a family. This news hit the interwebs and has had many people wondering how to help.

Today, June 20, Trump did sign an executive order calling for an end to the separation of families. However, the order adds that the families can remain together in detention indefinitely. Furthermore, the US Department of Health and Human Services says that the roughly 2,000 children already separated from their parents will remain that way–they are not covered by the new order!

So, the travesty goes on and we must continue working to keep a light on the plight of these families at the border. This is especially urgent in light of the news that Trump administration has withdrawn the US from the Human Rights Council–a global agency charged with ensuring the humane treatment of mankind around the globe. Americans no longer have their protection.

Celebs “Model” Action for the Rest of Us

In wake of the horrific actions, we need to become active. Take action, like celebrities such as Chrissy Teigen, Anne Hathaway, Jimmy Kimmel, Oprah, and Ellen DeGeneres have. They are utilizing their platform to voice their outrage on the ongoing issue. While also opening their wallets to fund causes that can help.

Chrissy Teigen and John Legend, who both donated $288,000 to ACLU, expressed their concern through a letter shared on Instagram on President Trump’s birthday.

Anne Hathaway also penned a message via Instagram, articulating her outrage over the administration’s immigration policy, including a call to action for followers to donate to the Americans for Immigration Justice in their father’s name.

My Dad grew up in poverty, got his first job when he was 10, and is now among the most respected lawyers in his field. When my brothers and I were growing up, our Dad commuted an hour and half to work every day and still coached our soccer teams and helped out the stage crew on every one of my shows (he put himself through college and law school as a stage hand- long live Buster). He has the hugest Leo heart and is thrillingly smart- also, he is a bad-ass who doesn’t take $&@! from anyone. He taught me how to use my brain, to try and make the world a better place, and told me that I should never lie so that way I would never need to remember anything (it’s true). Simply put, he is my hero. My Dad and I- not to mention my entire family- are disgusted and rocked to our core by the current administration’s shocking decision to separate asylum seeking immigrant families, the consequence of which is creating orphans with living parents. In appreciation of my father, and in honor of all the fathers torn from their children because of this brutal policy, I am making a donation to @americansforimmigrantjustice in my father’s name (link in my bio). I invite you to join me and make a donation of any size in your father’s name. Also, for those of you who are going to slam me for politicizing Father’s Day- I’m Jerry Hathaway’s daughter and I speak my mind: you are on the wrong side of history.

Night show host Jimmy Kimmel used his Twitter platform to voice his thoughts with ways that others can help.

1) Call your reps at (202) 224-3121- tell them to END the separation of families at the border (ask your Senators to pass the Keep Families Together Act and your House Rep to pass the HELP Separated Children Act).

1) Call your reps at (202) 224-3121- tell them to END the separation of families at the border (ask your Senators to pass the Keep Families Together Act and your House Rep to pass the HELP Separated Children Act).

2) Donate to https://www.supportkind.org to protect vulnerable children at our border.

3) Use this frame on Facebook with a photo of you and your kids to show that you will not stand for families being ripped apart.

This ongoing issue has also sparked the attention of the writers from the series One Day at a Time and Vida, both of which are Latinx-focused series.

One Day at a Time & Vida are teaming up to end family separation at the border. Donate here to directly support legal services for detained separated parents and funding for their release. #onevidaatatime #keepfamiliestogether https://t.co/GN9YMqjsAM pic.twitter.com/f3MQzv2Cj2

— Gloria Calderón Kellett aka Glorita to my family (@everythingloria) June 19, 2018

“One Day at a Time & Vida are teaming up to end family separation at the border,” Gloria Calderon Kellett, the genius behind the hit show tweeted.

She and others close to the show are asking people to donate to RAICES: Family Reunification and Bond Fund. The fund is for legal services and any other aid the families need to get out of the detention centers and reunite with their loved ones. They are asking fans to use the hashtag #FreeOurFamilies and donate as little or as much as you can.

The One Day At A Time writers also initiated a challenge via Twitter for other television writers to exhibit their support for ending family separation at the southern border, singling out writers at Jane The Virgin and ABC’s upcoming show Grand Hotel.

So far, the fund has not reached the $6 million dollars needed to help each family. According to the RAICES website, “Bonds are set at a MINIMUM of $1500, and are usually in the range of $5-10K, even for asylum seekers without any criminal history.” With the sheer number of families being detained, this fund will need every dime it can get.

That’s where you come in.

Call your Congressmen and women. Tell your Senators and Representatives to support bills that are circling to help the immigrants at the border and to stop the Gestapo-style tactics if ICE (Immigration Customs Enforcement), bills like the Keep Families Together Act. To find who represents you in Congress, search the database by entering your zip code and state at  https://whoismyrepresentative.com/.

Donate & Volunteer. RAICES (discussed above)is a foundation that uses donations to provide legal services and pay bonds for detained parents so they can be released. The ACLU is the organization Chrissy Teigen and John Legend recommend. The ACLU is a non-profit organization that works to protect and preserve the individual rights and liberties that have been granted under the Constitution of the United States.

The Fight is Not Over

While Trump and his ilk congratulate themselves on the signing of the executive order ending the separation of families at the border, he did nothing to stop the “zero tolerance” policy that has landed so many families in detention. He also refuses to help the 2000 kids who were separated from their families before his order was signed. Anyone who has studied American history knows that separating families and now indefinite detention are just a few actions away from inhuman treatment experience by Black slaves 150 years ago, Native Americans, Japanese immigrants during WWII, and others.

We can’t let this happen on our watch. Now is the time to do something.