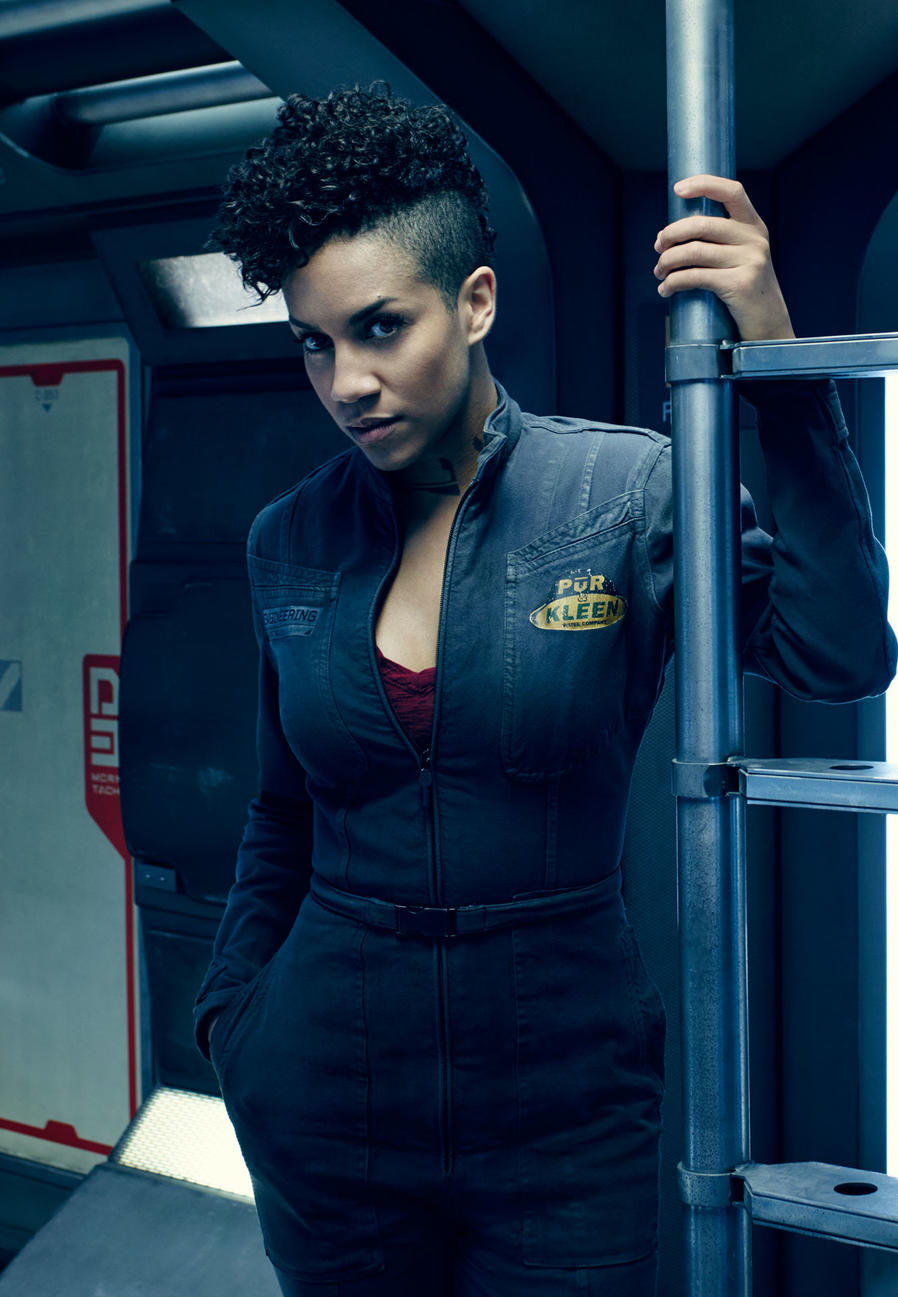 Ahead of its second season premiere, Syfy is taking a deep dive into the world of THE EXPANSE, the series that’s been called “the best science fiction show in a decade” by NPR. An original half-hour special titled THE EXPANSE: EXPANDED and an immersive 360-degree set tour — both hosted by Adam Savage, editor in chief of Tested.com and former co-host of “MythBusters” – is now online at Syfy.com. The special will also air on Syfy on Wednesday, December 28 @ 11/10c.

THE EXPANSE: EXPANDED features exclusive interviews with the series’ cast, crew and creators, who share behind-the-scenes secrets and never-before-seen content from the acclaimed first season – lifting the curtain and revealing what it takes to build the mesmerizing worlds of Earth, Mars and the Asteroid Belt. Joining them are scientists, astronauts, journalists and loyal viewers, who explain why THE EXPANSE is one of the most realistic and compelling visions of the future seen on television today. Additionally, when THE EXPANSE: EXPANDED makes its broadcast debut on January 28, it will feature an exclusive sneak peek from the series’ highly anticipated second season.

“I’m a superfan of THE EXPANSE, so I was very excited to spend time on set to see how the show is made and to talk to the people responsible for creating its immersive world: the costumes, the props, the sets, the special effects,” says Savage. “The series’ attention to detail is just extraordinary. I can’t wait to share with viewers everything I learned.”

Additionally, a full 360-degree tour of the set — led by Savage and producer and “The Expanse” book series co-author Daniel Abraham — will allow fans to virtually experience the rich world of the series. Debuting in tandem with the special today on Syfy.com, the tour includes the spectacular multi-level Rocinante ship and its accompanying stages.

Season 2 of THE EXPANSE is set to premiere Wednesday, February 1 on Syfy. Season 1 is available now via on demand and on Syfy.com, and on Amazon Prime (starting December 21).

THE EXPANSE is financed and produced by Alcon Television Group (ATG), a division of Alcon Entertainment.

About Syfy
Syfy is a media destination for imagination-based entertainment. With year round acclaimed original series, events, blockbuster movies, classic science fiction and fantasy programming, a dynamic Web site (www.Syfy.com), and a portfolio of adjacent business (Syfy Ventures), Syfy is a passport to limitless possibilities. Originally launched in 1992 as SCI FI Channel, and currently in 96 million homes, Syfy is a network of NBCUniversal, one of the world’s leading media and entertainment companies. NBCUniversal is a subsidiary of Comcast Corporation.