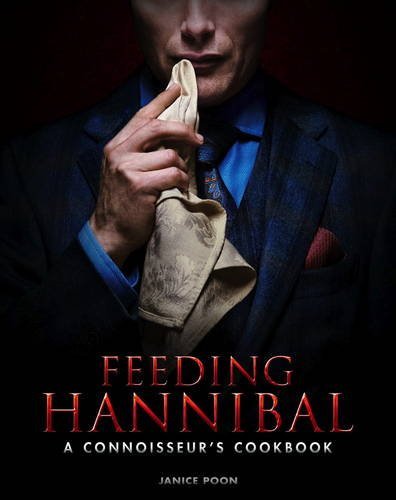 Cookbooks of favorite TV shows are all the rage these days. Fans of Outlander have Outlander Kitchen. Fans of Game of Thrones have A Feast of Ice and Fire. I myself am the proud owner of True Blood: Eats, Drinks, and Bites from Bon Temps. Now, all the fannibals and foodies out there can enjoy the same thing for Hannibal, thanks to the show’s incredibly talented food stylist, Janice Poon.

Admittedly, I’ve only seen a few episodes of the show and never got an opportunity to enjoy it like other people, but I will say that one of my first impressions of the show when I first watched it was how beautiful the food looked. Food apparently played a significant role in the show—considering the protagonist is a sophisticated gastronome—so it makes perfect sense that there would be a cookbook to accompany the series. 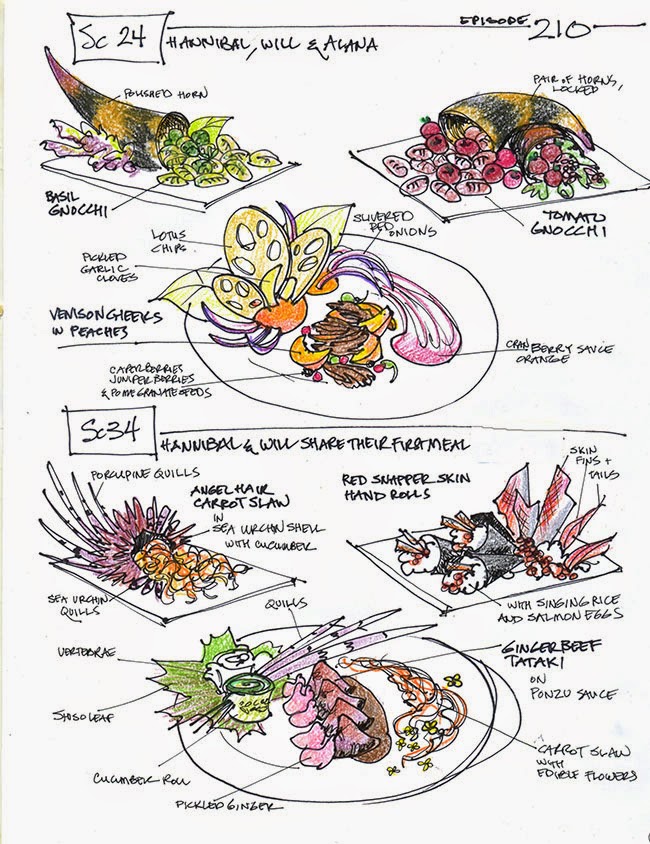 Feeding Hannibal: A Connoisseur’s Cookbook is complete with appetizers, meats, fish, soups, salads, side dishes, desserts, and drinks, but the best parts of the cookbook, in my opinion, are the “How to Hannibalize Your Table” section, which gives tips and ideas for garnishing your table and designing your food, the beautiful pictures from the set, and the small anecdotes about the show. Sample dishes include:

You don’t have to be a fan of the show to enjoy this cookbook, though it certainly helps if you are! Anyone who enjoys art, design, and food (especially all of that wrapped into one) will get a kick out of trying these dishes. Don’t worry; there are no human parts required, but there are several recipes that call for the use of animal blood. It’s true that animal blood has been used since early history to thicken sauces, and many French and Southeast Asian dishes today incorporate that process. However, if that’s not your cup of tea, then don’t worry. There aren’t that many recipes in the book that call for it. You’re also going to need to carve out some time to make most of these dishes. There are no simple 30-minute meals unless you’re making drinks or one of the breakfast recipes, so it’s great to use if you’re throwing a dinner party and want to impress your guests. 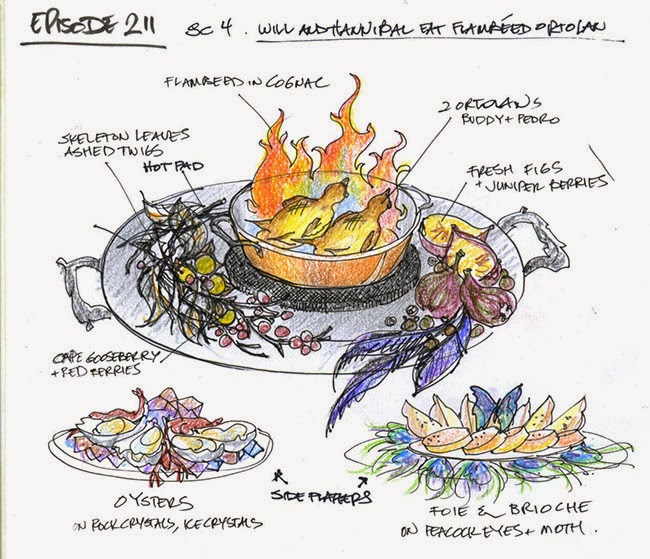 The even better news is that Janice Poon will also serve as the food stylist for American Gods! I just know that there will be a cookbook in the future for that show, and I will be getting my hands on that!

Disclaimer: I received a complimentary copy of this book from the publisher in exchange for an honest review. Feeding Hannibal: A Connoisseur’s Cookbook can be purchased here.

Kyndal is a free spirit who finds it very hard to describe herself. Tea Snob. Daydreamer. History, Fantasy, & Book Blerd. Cursed with Wanderlust. Jams to show tunes. Obsessed with Hamilton (the musical). Always on the advent of her next adventure.