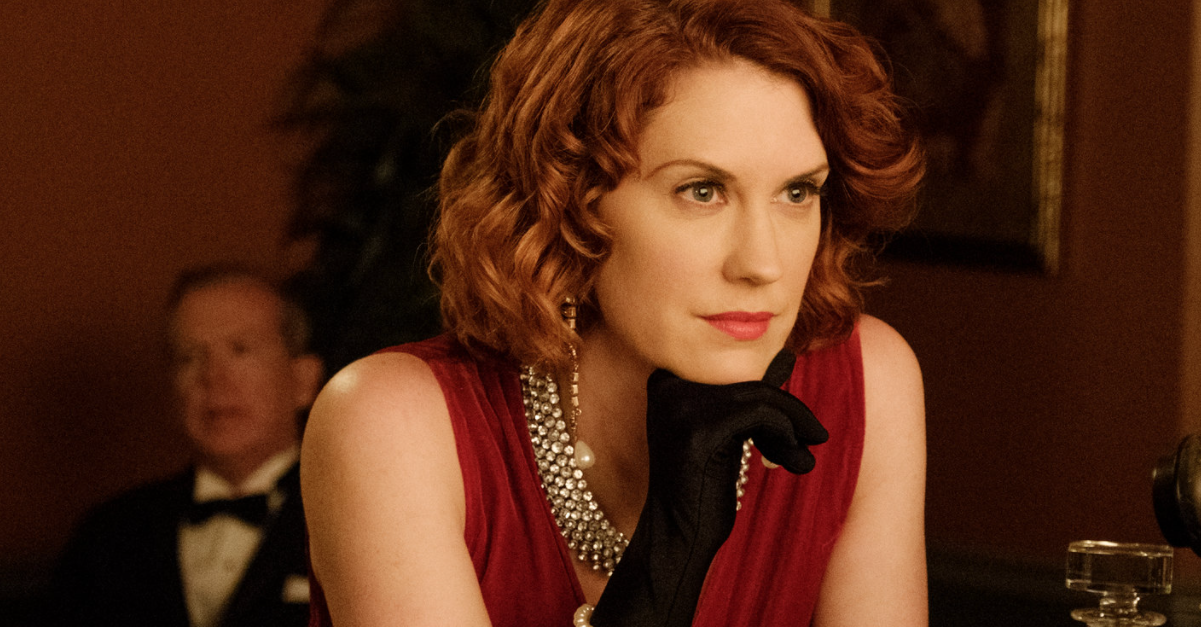 There are many kinds of mysteries on TV, cable, and streaming. The cozies take you out of the grind and put you into something that feels within your control. You can be a voyeur and/or viewer, get lost in an idealic or exotic locations (or the beautiful set), while watching colorful characters solve murder cases. Best of all, the mystery is solved in about 50–55 minutes max.

The Frankie Drake Mysteries, running on Ovation TV and Prime Video, is ending in December. Of course, streaming is forever (or until that evolves into something else). You can catch all four seasons, which are set in roaring 1920’s Canada.

Although the cast is still tweeting their long goodbye to fans, series stars Lauren Lee Smith and Chantel Riley have already moved on to their next projects. For Lee, it’s the Canadian thriller/drama series, Departure. Riley recently wrote a children’s book, I Am and completed the animated series Daniel Spellbound. She’s also turning her longtime hobby into a moonlighting project, but we’ll save that for our interview with her.

Meanwhile, BGN spoke with Smith by phone from Canada, shortly before filming for the final season was completed.

Chantel mentioned in our interview that you’re in the mid-1920s in the show, around 1924. How close are the characters going to stay to what was happening during that time period and can you give some examples?

I think the thing is that we started off in the early 1920s. Technically, yeah, we would be in the mid-’20s. We keep it very ambiguous for that reason. We do certain things with certain historical characters, and it’s not always exactly on the mark.

I love the fact that it moves around. You had Hemingway and a whole lot of different people. Because Frankie gets a lot of action, is she getting a new romance this season?

It’s really fun. For Season 4, we open up with Frankie having what I think is her first real grownup relationship. She’s met the Italian race car driver who has swept her off her feet, so we follow her romance for a very good portion of the season.

It’s nice to see her in her first real committed relationship with this man she just adores, he absolutely adores her, and they have fun nights together. And then later on in the season, she’s introduced to this character who moved into her building, to Boston West.

I wouldn’t say that there is a romance involved, but it definitely turns into a very unique friendship and they will be questioning what they are to each other. Are they just good friends or is there more than that? So thank you everyone, there’s no lacking in the romance department, definitely not in Season 4.

What is the enduring appeal of a show like Frankie Drake?

It’s wholesome, fun entertainment that you can sit down with the whole family and watch. You know that you are going to get a really fun, great mystery, and then sprinkled in there, you’re gonna have really great, different characters coming from all different backgrounds. Sprinkled through that are their individual lives and their backstory.

When you saw the script and found out that it would be an all-girl detective agency and your partner would be a woman of color, did you think it was unrealistic for the time period? I know that you guys take liberties.

We do take liberties. And realistically, I think sure, if we’re looking historically at what it would have looked like at that time, it would have been very difficult, and we probably would run into more issues. In keeping with the vein of the show, I think that the writers and the showrunner do an incredible job of not making light of it but also normalizing it and saying this is the choice that we made, and we’re very confident with it.

It is possible to make [the show] about how we’re able to solve that case instead of the problems that we faced during that time. [But we] don’t dwell on that because that’s a whole show in and of itself.  So I think that [the writers] do an incredible job of making it work and making it somewhat believable.