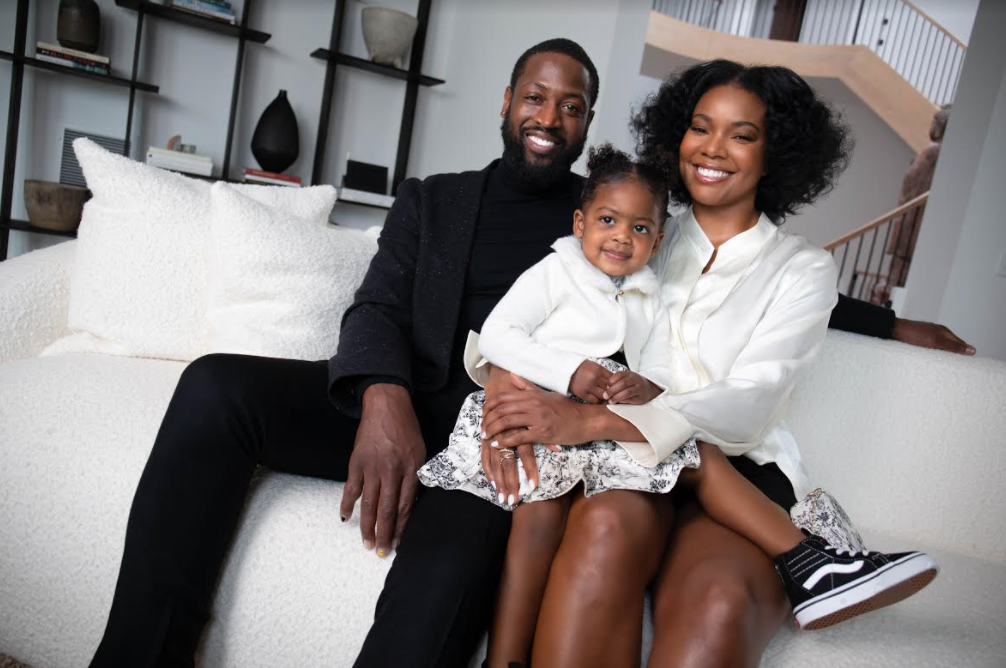 Highly regarded as one of the biggest couples in Black Hollywood, Gabrielle Union-Wade and Dwyane Wade have been working to help families across the globe. These efforts include their Don’t Skip campaign to encourage pediatrician visits and vaccinations as well as their upcoming baby company and product line to cater to the unique skin care needs of POC children. However, they have also been working on a platform for their small family member — the incredible Kaavia James Union Wade.

In the upcoming book Shady Baby by Gabrielle and Dwyane, Kaavia is the star of the show as her now famous opinionated looks and “shade” are represented as a “superpower” rather than a negative piece of a Black woman’s identity.

BGN spoke with Gabrielle and Dwyane about Kaavia, the origins of Shady Baby, and how Shady Baby is not only providing a positive interpretation of “shade” but also needed Black representation in literature.

When was the first moment for you when you realized that Kaavia was very expressive with how she felt?

Gabrielle: She came out, and we all kind of joked, like, “Why does she look like she’s been here before?” She gave you an old-soul vibe, but also an old soul who had been there, done that, and was over it. Initially, the doctor was like, “Oh, she’s not looking like that on purpose. Her eyes are adjusting. They’re not fully formed yet.” And then, no, it’s just been consistent. She has just added more language. She could tell you exactly what she’s thinking, which really kind of stayed on brand.

Kaavia quickly grew into a social media superstar. What led to you deciding that you both wanted to share her daily interactions with the world?

Dwyane: I think for us, it probably started from the first call we got when Kaav was born. It was from Oprah. I think for us, we realized through that and through the conversations we’ve had and what people have said back to us, we understood that Kaav represented hope for a lot of people. We wanted to share her because there were a lot of people waiting for Kaavia. A lot of people were rooting for her and waiting for it to happen. We just wanted to share her, just like everybody wants to share things they love and are happy and excited for people to see. Then it took on a whole other life of its own. I won’t take the credit for that — that’s all due to Kaav and her mother.

I love how in the intro you both write how “shade is a superpower” and throughout the book showing the positives behind “shade” through “remaining direct” and “holding peers accountable.” Especially in a world where Black women are held to different and even stricter standards when it comes to how we act in society, where did the idea come from to make “shade” a positive act rather than the negative act that society’s connotations create it to be?

Gabrielle: When we started coming up with this idea of doing a children’s book based on Kaav, we already knew what we wanted the readers’ takeaway to be. What we noticed was that the shade wasn’t just happening randomly. It was in reaction to something. Kaav is real clear about her boundaries, what she believes is right and wrong, her space, what she thinks is poor behavior, and she reacts to it. As you get a little older, you might throw shade just for your own entertainment. But her shade is a reaction to something. It is her being clear about who she is, what she stands for, what she will take, and what she won’t take. Let’s make that a superpower. As we get older, Black girls and women are not believed. We’re rarely seen for the leaders that we are. When we step up and call things out or we are reacting to negative situations, we somehow end up the bad guy as opposed to appearing to be truth tellers and the people who have been historically counted on to fix the world.

We wanted to have the reader left with the message that Black girls and women can lead the conversation about accountability, and it can be seen as a positive and something to celebrate. It’s completely standard and normal. We wanted to dispel the myth of angry Black girls and women who just go off for no reason.What you’re seeing is instead a response to poor behavior. And in this case, it is not great behavior on a playground within the friend group. She’s able to gently lead other children in the right direction so that they can all play together in harmony.

This is different than it was painted to us as. Since we have an opportunity to paint something, then we want to paint it in a way that’s gonna affect our community in a positive way.

As Kaavia matures, how do you both encourage her uniqueness and power, especially in today’s society?

Dwyane: Right before this call, we were just downstairs with our village. Our nanny said to us, “Hey, Kaav has been saying the word ‘I can’t’ a lot.” We had a discussion and we talked about, “Hey, everybody understand that when we hear Kaav say ‘I can’t,’ we let her know that she can. She can do anything.” I guess it may sound simple. But hearing it from us every time she says “I can’t,” we say “Yes, you can.” Letting her know that you can do anything goes such a long way. That’s a small example. But it’s all the small things that add up to the big thing. For us it is really just…I do not want to say “parenting different” because it is really understanding that there were a lot of mistakes in our lives and probably [our other children] Zaire and Zaya’s lives. But now we understand life a little differently. Now that we are in a different place as adults, we can do this thing differently. For us, it’s about pumping that positivity into our child and pumping that support to them. Letting them know from us and not anyone else what they need, who they are, what they can possibly do and accomplish and all these things. That has just something that happened in real time right before this call.

Gabrielle: If our goal is for Kaav and Zaya to continue to be free, unapologetically gloriously Black little girls, what do we need to do in order to help facilitate that? The biggest thing that we could do was get out of the way. Because a lot of times people stand in the way of how their kids progress due to unhealed or even unacknowledged trauma. So we try to see our therapists frequently so we can continue to do the work on ourselves. We don’t have to keep passing on this generational trauma and also we can address our fears. So we’re not putting our fears and our own limitations and the feelings that we grew up with onto our kids. We don’t have to pass everything on to them. Humbling ourselves, we don’t have the right answers. We want to do this differently.

Shady Baby is available for purchase May 18th.