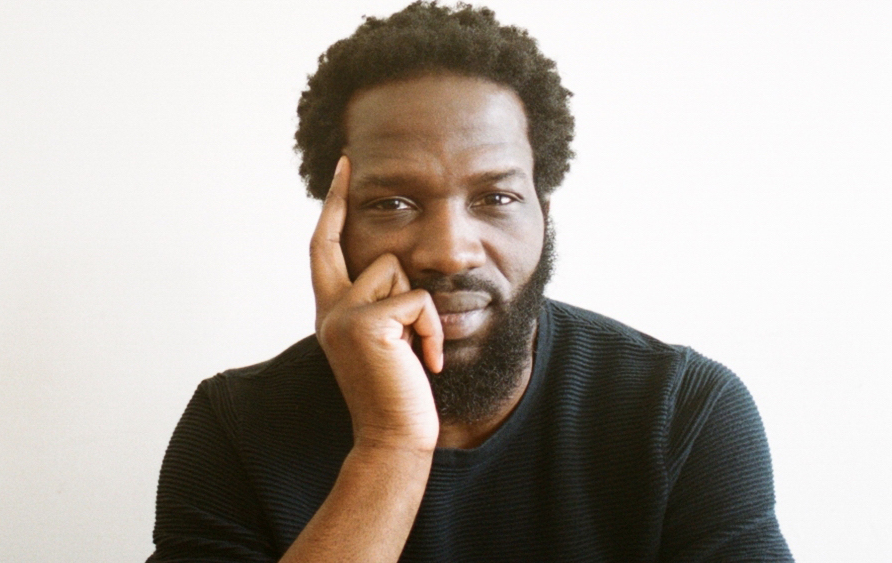 The new AMC series from the UK Gangs of London is so good, I accidentally sliced my index finger with my paring knife when cooking while watching one of the fights during the show. The script is a roller-coaster ride, and the fight choreography blew my mind. This contributor to BGN bandaged up her finger and hopped on Zoom to speak with Ṣọpẹ́ Dìrísù, who brilliantly plays Eliott Finch, the male lead in this spectacular crime/action drama.

It’s fantastic encountering more than one Black character centered in a multi-racial cast. There’s like five Black series regulars in Gangs of London! What attracted you to playing this role? What was learning the fight choreography like? I want to know everything!

I’m gonna answer all your questions, but I would just like to say, on that thing you said about there not just being one Black person… that was a major draw for me. Gangs of London is a series, more than many others, that shows London in all of its diversity and all of its nuance. Not only are there more than one Black person, you get classes of Black persons. We see the middle class, the upper middle class, the wealthy ones, the ones who aren’t as well off. We show Blackness as a spectrum rather than just like, oh, if you are Black, then you are x. Which I think was so important. Someone said recently that more people are consuming television content every day, so that means there’s more nuance and more of a spectrum that we have to represent in our storytelling. Gangs of London is doing that.

When it came to reading the script, there were other factors that made me excited about it. I just loved the “opera” of it. It was so intimate, but also the scale of it was so massive. And the ensemble was strong; all of the characters have depth and journeys. Elliott, his journey in particular, was really incredible. This was one of the first scripts that I was offered that had range and depth and was going somewhere. It wasn’t going to be the “Black guy who died right at the beginning of the show.” So that was one of those things that really attracted me to it. Then when I found out it was a Gareth Evans project, and he’s obviously famous for The Raid and stuff, that 13-year-old inside me was just like, “I get to fight?!?!”

So tell me about the fight choreography. How much training did you have to do to prepare for this role, and what was the rehearsal process like?

I joined the production, a month before everybody else, so that I could have time to learn the choreography and condition my body to have the stamina to get through those shoot days. I relish the physical preparation that I needed to go through in order to achieve that because I was desperate not to be the weak link in what was an incredibly well-oiled and incredibly productive machine. Gareth and his action department and all of the stunt guys had been working for months beforehand designing these action sequences before they’d even cast me! The fight choreography looked great, and I didn’t want them not to look great, so I really, really gave my body and everything to that bit of the project.

You didn’t have to do much training for the role?

Not in terms of lifting or cardio or stuff like that. I think a lot of that came with the learning of the choreography. We would do it, do it again, drill it at speed, slow it real down, and all of that means your body’s moving a certain way. When you do it quick, your heart’s going. So I think if my body changed at all, then it was from that exercise rather than going to the gym and lifting weights. We had this discussion about how Elliot is a human being. He’s not a superhero, he’s not straight out of DC or Marvel Comics; he’s just a guy who has had this training because his father was a boxer, and he was in the army for a while so he can handle himself, but it’s not he’s bulging muscles. Also he’s not a martial artist. I think a lot of Gareth’s previous work is rooted in some styles of martial arts, and that lends itself to certain camera work, whereas Elliott didn’t have the instruction for that. So if he started doing anything that looked a bit too flowery, then we’d have to pull that back. It was great to have that sort of negotiation with Gareth about where the character comes from, what he was trying to achieve, and marry in the middle.

I loved the love story between Eliott and Shannon (Pipa Bennet-Warner). It was beautiful witnessing a dark-skinned Black couple falling in love. Tell me more about their relationship.

I think that portraying dark skinned love was really important to us as well. We know that there’s a dearth of these relationships [on screen]. Half the world is built up by them, you know? So why don’t we get to see them? And I don’t want to enter a colorism debate, because I’m not equipped to do that, but I hope that we’re starting to dismantle that bit by bit with our choices of casting, being “color conscious” rather than “colorblind.” In terms of that relationship: Have you ever come out of relationships and had all of this love that you were giving to someone that you can’t give them to anymore and it needs to be placed somewhere?

I think there’s an element of that. There’s a love and a grief because Elliot’s lost love. And that is his balance. Because without someone to love, he is just the shell, this aggressive ball of violence. When he places that love and care on Shannon and her son Danny [Tae Matthew], that becomes so important in terms of him keeping himself. There is initially a transference of that love, but then it grows into its own thing. He can’t lose anybody again; it would be bad for him.

What brought you the most joy doing while being involved in this project?

The community that we formed. When you work in this industry, you do have to make families and break families so quickly on every job you do. But there’s something really lovely about doing a series because firstly that family lasts for longer. And then, there’s the chance that you’re going to get to see them again and again and again and really build strong relationships. I think this will be the first time I’m doing the second series of a series. I’m really looking forward to seeing what comes from the seeds that we plant in the first series [season] to wherever the series goes.

Put the knives away and check out Gangs of London Sundays at 10pm EST on AMC.  Stream all 10 episodes of  Season 1 on AMC+. Created by Gareth Evans, Matt Flannery.

Review: ‘Mr. Malcolm’s List’ Brings Back the Simple Charms of Romance in the 18th Century

TIFF 2021 Review: Love and Loss are Explored in ‘Mothering Sunday’