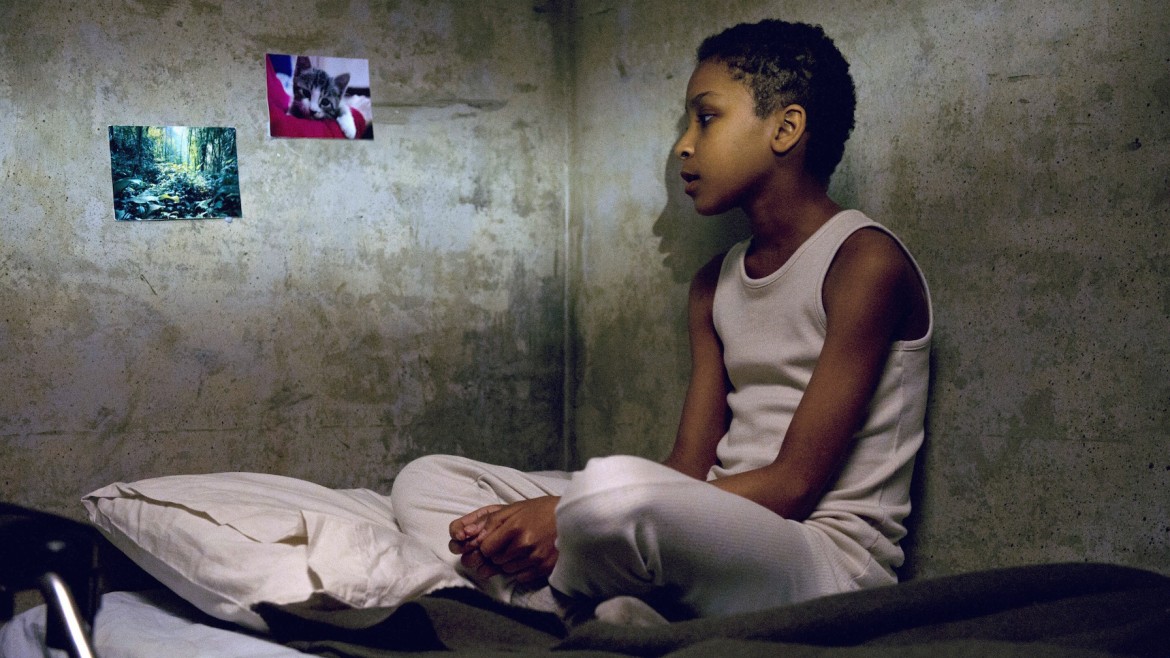 The Girl with All the Gifts is one of those books that I had to read out of professional interest, as it was in a sense the inverse of my debut novel: while I had written about a nine-year-old black girl out to survive in a world full of zombies, M.R. Carey chose to write about a nine-year-old white girl, Melanie, coming to grips with the fact that she is a zombie in a facility dedicated to researching how to wipe her and her kind out. A large part of the story was Melanie’s doomed infatuation with Miss Justineau, a black woman researching the learning and socialization capabilities of the zombies, a woman that shifts from regarding Melanie as thing to regarding Melanie as a person.

I was intrigued when I saw the movie announced, and disappointed when it appeared doomed to never have a US release, having been a box-office disaster in the UK despite getting good reviews. I was also intrigued when I saw the race role reversal, with Miss Justineau becoming white and Melanie becoming black. I was pleased to see Amazon release it for streaming, with Blu-Ray and DVD releases coming in April.

If you’ve neither read the book nor watched the movie, stop now, go get one or the other, read or watch it, and come back. This review will still be here, and there are spoilers ahead. For now, suffice it to say I will give both the book and the movie four stars: neither will become lasting classics of literature or cinema, but both are well-crafted works that will reward the reader or viewer for their time.

For those that are still with me, I will admit that when reading the book, Helen Justineau’s race didn’t seem like a critical point to me. I had to rethink that when talking about it with Constance Burris, a black woman that writes excellent light fantasy novels, and she made it quite clear that to her, the black woman being the character the white girl aspired to be like was important: a key part of her enjoyment was the mental vision of a black woman being the object of all that adoration and infatuation.

I’ll spot Constance that point: representation is important, and it’s important to have representation where the story doesn’t twist itself up in being representative; a good example is all those movies where Morgan Freeman is President and no one thinks that’s unusual. By race-flipping, though, they did make the race a plot point: Melanie isn’t a supporting character, she’s the lead, a lead that is caged, shackled, and abused. You can’t make that character black and then say “well, we were just being representative”: you’re saying something with that choice.

Artistically, I think making Melanie black worked, and made the story a bit more allegorical without forcing anything. The story here is not “heroic zombie refrains from eating her friends”. Well, it is, but that’s a superficial reading: the story here is a young woman growing from someone that is completely fettered and controlled to someone that realizes that she is the one in control, if only she can rise to circumstance.
There is an early scene with Melanie being taken to the classroom in shackles and performing for Miss Justineau: writing a little story, having Miss Justineau reward her with no more than a loving touch. Melanie is ecstatic at having earned that touch and later stomping on all of her instincts to feed. With a white student, black teacher it’s a story of learning to behave. With a black student, white teacher it’s still a story of learning to behave, but a different story of learning to behave. It’s not a metaphor for learning the skills of adulthood anymore, it’s a metaphor for learning to fit in a white world, for learning to talk like they do and act like they do.

After the base collapses, when Melanie is led on a leash, shackled, and every once in a while given an opportunity to be herself, to run free, to hunt, to kill? Metaphor again, but shifted from the “growing up and gaining independence” metaphor of the book to more of a civil-rights metaphor: Melanie isn’t growing up so much as forcing the powers-that-be to recognize her value, that she has things to contribute if she is allowed to contribute them on her own terms, that taken out of the shackles and the mask, she is a person.

And that final bit, where Melanie remakes the world, telling Parks that everything will be OK, it just isn’t all for him anymore? I can’t imagine a more anti-Trump, anti-Sessions, anti-everything-2016-came-to-be moment, and I think the blonde Melanie of the book would have muddled the imagery, and muddling the imagery is a key issue for a movie adaptation. Movies don’t have the luxury of allowing us to see inside the character’s head, the ability to let us know the internal why? behind the action. Sometimes it requires reinforcement, and making Melanie black did just that.

Kevin Wayne Williams has been an engineer for much of his life, beginning with GTE in 1980. He rose through the ranks and eventually became an executive in Silicon Valley. In 2004, tired of it all, he fled the country with his wife, Kathy. They opened a hotel on Bonaire, a small Dutch island north of Venezuela. In 2009, for reasons he still doesn’t quite understand, they returned to the United States.

He has since resumed his engineering career, but writes novels to help dull the pain. His first published novel, Everything I Know About Zombies, I Learned in Kindergarten, follows a group of young black and Hispanic children attempting to survive the apocalypse on their own.