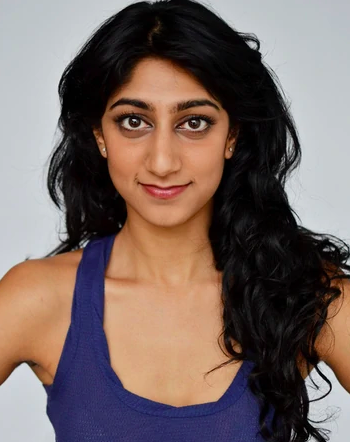 Canceled after season three, GLOW’s non-renewal means the loss of representation for women on TV. However, there was a bigger issue of diversity as revealed in a letter written by Sunita Mani co-signed by her castmates Sydelle Noel, Britney Young, Shakira Barrera, Kia Stevens, and Ellen Wong.

The letter was sent to GLOW’s creators and producers prior to its cancellation and made mention of the racial division in the country in light of George Floyd’s murder.

“GLOW has been marketed as a diverse ensemble, but for all of us diverse cast members, it has never lived up to these ideals,” Mani said.

“Since Season 1, the show has planted racial stereotyping into our character’s existence, yet your storylines are relegated to the sidelines in dealing with this conflict or have left us feeling like checked-boxes on a list. Unfortunately, we feel that the promise of this show has not been fulfilled. There is incredible support, love, and camaraderie amidst the GLOW cast, and it should go without saying that we are not here to take down our white castmates or our show but to elevate us all in a deeper, more significant way. With zero persons of color in the writer’s room this season, it is a huge oversight to be writing our narratives without anyone else to represent us besides ourselves.”

Mani and her castmates went so far as to suggest hiring producers of color, starting some impactful Zoom conversations.

“They were in the process of making Season 4 reflect some of the system problems we outlined,” Mani explained. “I was so afraid to speak on these issues to my bosses, whom I respect and I think are so brilliant, but was deeply moved by the support of my fellow castmates. This was a huge deal — creating space for change — and it was a testament to the love and support that was, by no twist of fate, an intentional element seeded by our shows creators and germinated in the entire cast.”

Sunita Mani posted the entire letter to her Instagram with the following caption: “**A statement on GLOW** I want to relay the above in hopes of transparency making things better for all. I made a joke about that recently and now I’m asking you to take me seriously, sorry! The above is not posted to save Glow, it’s just some personal stuff that we want to share. I loved playing Arthie Premkumar❤️.”

‘The Affair’ Season Four Gets Real with Diversity and Social Commentary