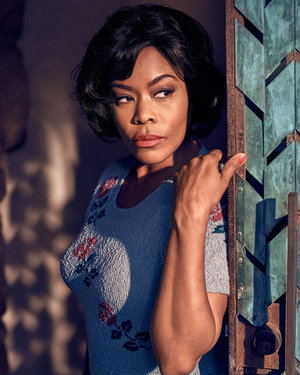 Golden Brooks influenced so many millennial Black women in her role as Mya in the show Girlfriends. The comedic role is one that we will never forget, but it is also one that needs to be set aside. The reason is Brooks’s new role as Jimmy Lee in I Am the Night. As Jimmy Lee, Brooks celebrates a return to her true love — drama — in a role that is so well done that it deserves a supporting actress nom from somebody!

Don’t think that she’s been sitting on the sidelines waiting for this role. Brooks has appeared in several movies and television shows over the last 10 years since Girlfriends wrapped. She was more than ready to answer the call from Patty Jenkins to play Jimmy Lee, an ex-lounge singer who lives in Nevada raising a biracial child. That child turns out to be the famous relative of a man linked to the most notorious murders in Hollywood history. Jimmy Lee is charged with not only raising the girl whose real name is Fauna Hodel, but she must also make sure that the girl stays out of her family’s murderous clutches. 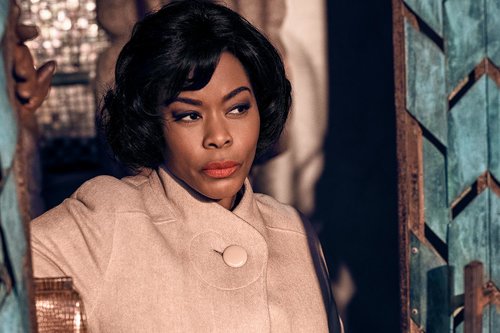 We got to talk with Brooks about her character and the colorist theme in I Am the Night that our nation needs to have right now.

On Being Jimmy Lee in I Am the Night

Jimmy Lee is a very complex character. She’s one of those characters [who is] kind of like… I think we all know someone like [Jimmy Lee] in our family: an aunt, a grandmother, Big Mama who just kind of didn’t get dealt a hand that she wanted. Nonetheless, she does her very bad at raising Fauna and hiding the big secret. But it comes out. [Jimmy Lee] loves [Fauna] and that’s what drew me to the script. You know it’s a true story.

The codependency and the dysfunction to the two between the two of them really does makeup like a dynamic connection between the two, Jimmy Lee and Fauna.

I believe that Jimmy Lee has a lot of resentment towards Fauna. Fauna is desperately trying to find who she is and where she comes from. And I think Jimmy Lee is scared of that because, even in this dysfunction, [Jimmy Lee] loves [Fauna] deeply and doesn’t want to lose her.

On Jimmy Lee’s Fate in the Series (Without Spoilers)

I think that in all of the journey and even though some of the flaws there’s a beauty in discovery. As much as it hurts everyone, in this in this story is discovering something. Everyone’s end result, of course, is different. But, I think there’s a beauty in just the film noir era as a whole, throughout this journey. You know, it’s just visually beautiful. I think that, for Jimmy Lee, there is an end result between she and Fauna, but I’ll let you see that and watch it unfold. I think through there through their sort of finding each other and let each other go. There could be a commonality near the end. 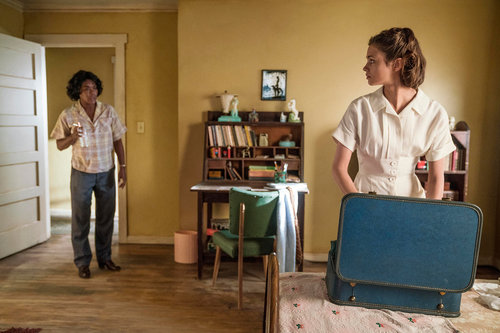 Yeah, I mean, I think race relations plays a huge role in this. I think, especially with Jimmy Lee and Fauna. She’s raised as an African American. I think one of the main reasons that I was drawn to this [show] is because me being, of course, African American, and having a very, very light skin mother and not really feeling a strong, aesthetic connection to her. And it’s tough, I love my mother. But when you look at a parent, and you don’t look like them, that can spawn a lot of doubts and question about your own…just who you are. Using a little bit of that, and knowing that Fauna’s not knowing who she is, and me…I sort of transfer a lot of what I went through on to this character and that dynamic. I think that there will be a lot of unveiling what color lines mean, and tone, and skin tone. Can you pass? How far does that go if you can pass? And, it’s not okay to pass. I think a lot of those questions will definitely be brought up when screening I Am the Night for sure. 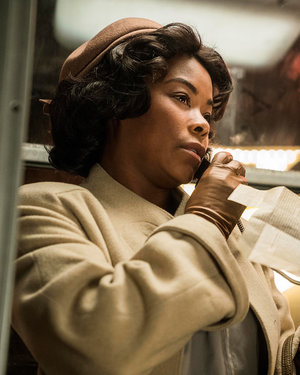 I think also when she starts to date and delve into [liking boys and being a teenager], and then you see…there’s…I don’t want to give away too much, but you definitely will unfold a lot of color lines and tension, especially during that time.

We camouflage [racial issues. A lot of it is under the veil of entertainment, but when you go deeper, there’s so many [issues]. You really can’t hide from race relations. You can’t hide from the color lines that are pretty much embedded in every story. If you really go deep enough.

Brooks definitely takes that deep dive into the issues of color and race as Jimmy Lee in I Am the Night. So does director Patty Jenkins and Brooks’s costars Chris Pine (who plays seedy reporter Jay) and India Eisley (Fauna).

Catch I Am the Night and Golden Brooks on TNT and TNT streaming apps January 28th.

Here’s a look at the trailer.