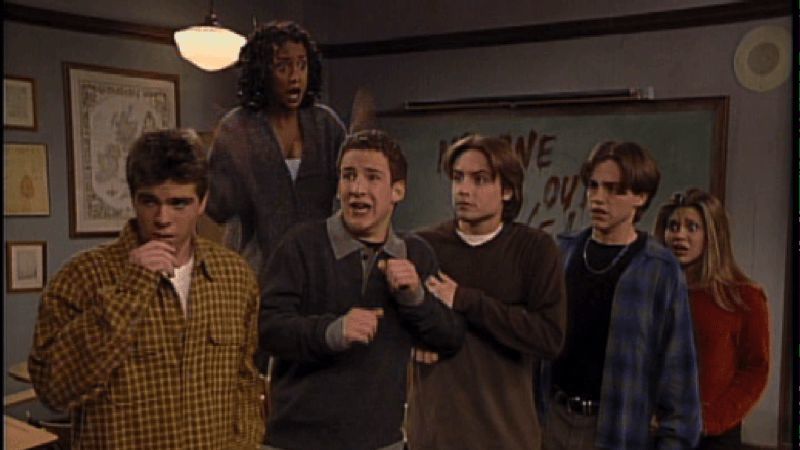 Team Boo-GN loves Halloween, so we decided to come up with a list of some of our favorite Halloween TV episodes that you can binge this weekend. While the list is sitcom heavy, there are a couple of drama(dies) on the list, but it just seems like comedies do Halloween best. Here are 8 H’ween episodes to get your weekend started. Let’s get spooky!

Pushing Daisies is so darkly delightful that many of the episodes would be perfect for a Halloween marathon, but my favorite by far is the one actual Halloween episode in the show’s dreadfully short run. “Girth” is over the top as all Pushing Daisies episodes are, but this time it’s chock full of Halloween tropes. There’s some comedy gold from Emerson and Olive (honestly one of Kristen Chenoweth’s finest episodes), some heartwarming moments, and even some heartbreak. Just watch it. It’s available on CW Seed.

Supernatural is good any time of the year, but it’s definitely great around Halloween. One of my favorite Halloween episodes that actually mentions Halloween is, “It’s the Great Pumpkin, Sam Winchester.” Sam and Dean are investigating a witch case and end up battling against a powerful demon who can only rise on Halloween when summoned by two powerful witches through three blood sacrifices over three days. There’s candy, there’re costumes, and of course scary monsters. Perfect for All Hallow’s Eve. The episode is available through most video services like VUDU, iTunes, Amazon Video, and Google Play. 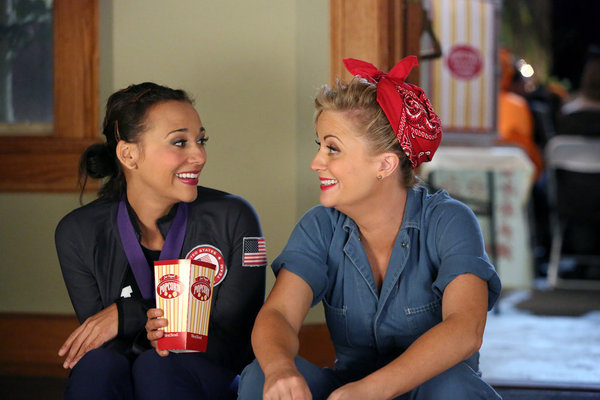 Only half of this Halloween episode of Parks and Recreation actually involves Halloween and it’s definitely not the central bit of the episode. It’s the episode where Ben and Leslie get engaged! It’s a perfectly sweet episode because Ben and Leslie’s love is phenomenal, but also a hilarious episode because it’s the one where Jerry has the fart attack! You can watch Parks on Netflix.

While not specifically Halloween themed, this episode was broadcast on October 31st of 2010 and is plenty creepy! It starts off with an elderly spinster pulling a murder/suicide on her sister and lifelong roommate. Kenzi, running an (admittedly cultural appropriate-y) side hustle, is called to the house to clear out the bad spirits for the real estate agent. It turns out that the bite of a dangerous underfae shaped like a rat-sized spider is responsible. Unfortunately, the little guy hitches a ride in Kenzi’s handbag, bites her and Bo, and all hell breaks loose. Time is running out while both our heroines descend into murderous paranoia and The Ash intends to take drastic measures to put an end to this spider, even if it means killing our intrepid supernatural detectives. Also, Lauren and Dyson engage in an episode-long pissing contest over Bo’s affections. Lost Girl is streaming on Netflix.

George Takei’s opening and closing narration is just one of the awesome things about the episode of Community. It takes place during Greendale’s Halloween dance. The Dean, who is dressed up as Lady Gaga, thought stale rations from an army surplus store were the perfect food choice. The rations turn out to be some kind of army experiment byproduct and the students begin to morph into flesh eaters. Yes, this is a zombie parody episode! Set to a soundtrack of Abba’s greatest hits, our study group has to fight to survive the dance. The combination of flesh biting people, ridiculous costumes, learning to accept your nerdiness and Abba is one I didn’t know I needed in my life.

Whenever I think about Halloween and television I think about the Boy Meets World episode “And Then There Was Shawn.” When I was younger, I actually used to be terrified of this episode. I’m not sure why, but that’s part of why the memory is so strong. I love the theme of Shawn processing a sort of grief over his friends breaking up. The episode also masterfully pays respects to Jennifer Love Hewitt’s role in I Know What You Did Last Summer which this episode takes notes from. Also, they pay homage to South Park which goes to demonstrate the cultural relevancy that Boy Meets World had. I just watched this episode last week, you can find it on Hulu.

The Office 2×05 “Halloween” by Tayci Stallings

Out of every Halloween episode I’ve watched in my lifetime, The Office has some of my favorites. The one that comes to mind first is aptly titled “Halloween.” Corporate has been hounding Michael to let somebody go and the deadline falls on Halloween. In true Michael fashion, he procrastinates because he wants to remain friends with whoever he fires. Pam and Jim put Dwight’s resume on the interwebs and when Pam mentions Jim applying for a better job, Jim gets defensive. Eventually, Michael fired Devon *shrug* and Devon does not want to be Michael’s friend. I haven’t seen this show in years and Michael is so awful. Yet, you can’t help but feel bad for him when he arrives home, upset and lonely. While it’s not a wacky episode, there are some great costumes. The Office is streaming on Netflix.

I love haunted houses. I love the cheesy ones like Bob and Linda’s trick haunted house filled with grape eyeballs and spaghetti intestines. I love more realistic ones with mysterious sounds, creepy people, an impending sense of doom and seemingly no way out. “The Hauntening” gave me the first and it was cute. Then the episode turns into the Bob’s Burgers version of Paranormal Activity. As things get more dire they try, and fail, to escape the house. It’s tough Louise, the one who can’t be scared, that ends up terrified. The best part of the episode is that her family did all of this to grant her wish to be scared for once. The episode leaves us with a special treat – a Boyz 4 Now Halloween themed song/video. Bob’s Burgers is streaming on Netflix.

We definitely missed a LOT of episodes, what are some of your favorite Halloween TV episodes?

Thanks to the staff of BGN for contributing.

Kate Flannery on the Most Chaotic Episode of ‘The Office’