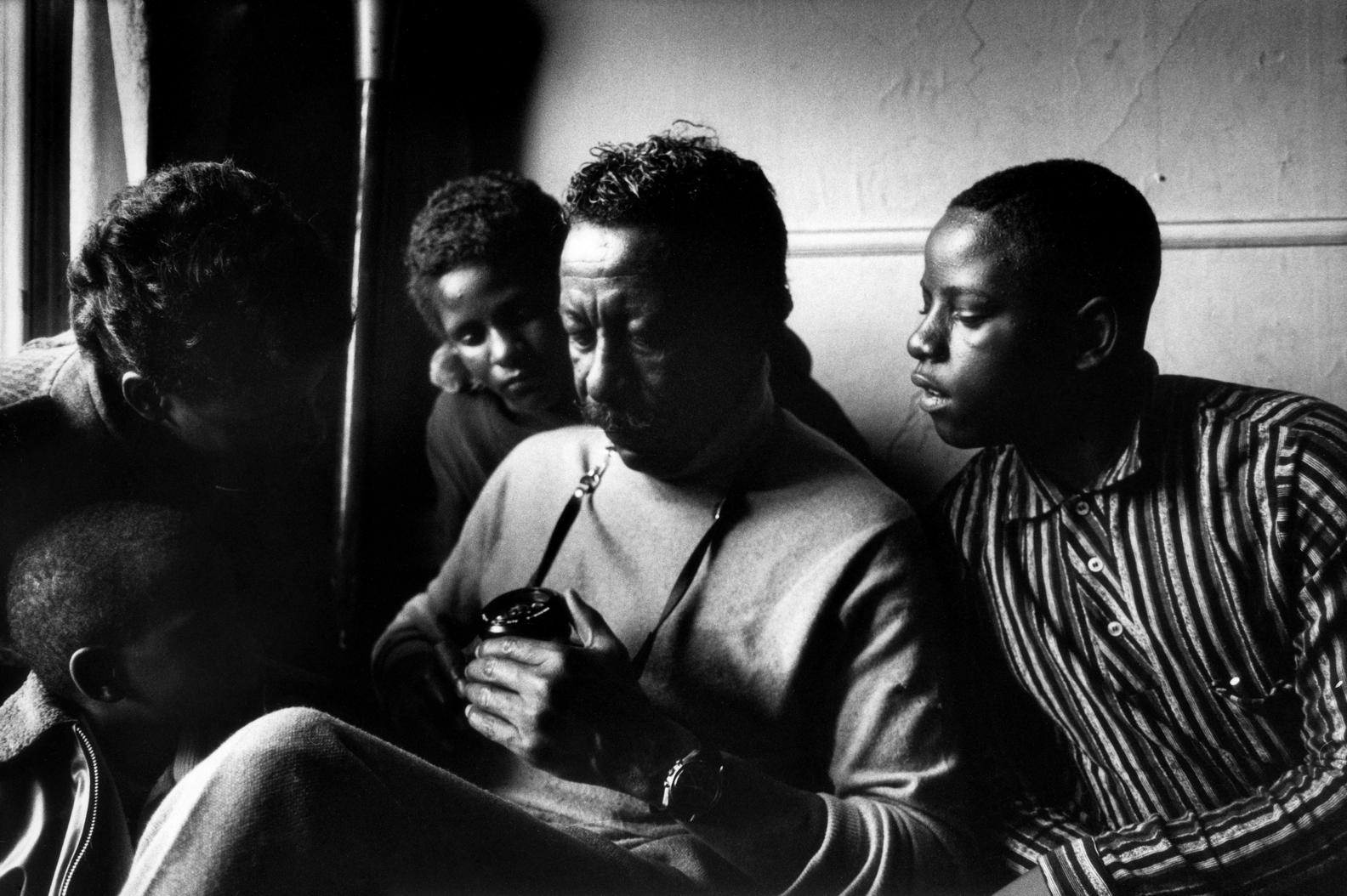 A Choice of Weapons: Inspired by Gordon Parks delves into the life and work of photographer, filmmaker, writer, composer, and activist Gordon Parks. Directed by John Maggio (Mr. Saturday Night), the documentary chronicles the fascinating story of a self-taught photographer from Kansas and his rise to a multi-hyphenate pop-culture icon. The film explores the psychology behind photography, the power of an image, and the importance of uplifting others through art.

A Choice of Weapons looks at Gordon Parks’ cultural impact through the lens of three contemporary photographers — Devin Allen, LaToya Ruby Frazier, and Jamel Shabazz. Each has made a name for themselves with powerful photos. Allen’s photo from the Freddie Gray protests, “Baltimore Uprising,” landed on the cover of Time Magazine in 2015. For five years, Frazier covered the Flint, Michigan, water crisis in her series, “Flint Is Family,” for Elle. Most recently, she photographed Breonna Taylor’s family for Vanity Fair. Shabazz has documented hip-hop culture on the streets of New York since the 1980s.

These artists discuss how Parks heavily influenced not only their work, but their decision to become photographers in the first place. Through their photos, we recognize the similarities to Parks, both in subject and in style. Others share how the prolific photographer inspired them, and some give Park a large amount of credit for their chosen career paths.

In 1968, Gordon Parks made the transition from photography to film. He wrote, directed, produced, and composed the music for The Learning Tree, which was the first major studio film by an African American. Three years later, he revolutionized the film industry with Shaft, one of the first blaxploitation movies. With these films along with others, Parks made a significant impact on Black cinema.

Both writer-directors Ava DuVernay and Spike Lee saw what Parks accomplished as a Black artist, and that showed them that it was possible for them too. The documentary shows behind-the-scenes on-set footage of Selma and BlacKkKlansman, as the filmmakers discuss the impact of Parks on those projects specifically.

American journalist Anderson Cooper also talks about his admiration for the photographer saying, “I wouldn’t be a reporter today if it wasn’t for Gordon Parks.” Cooper actually has a personal connection to Parks through his mother, heiress and artist Gloria Vanderbilt. The two were lifelong friends, and she was the subject of some of his fashion photography. However, Cooper hints at something more between them. This is one of the areas where the film briefly mentions an aspect of Parks’ personal life and quickly changes the subject.

Though he worked his way up to photographing public figures like Muhammad Ali and Malcolm X, Parks began by capturing the people around him. He captured life as a Black American, putting a spotlight on the beauty of ordinary people. In 1948, Parks’ series “Harlem Gang Leader” was published in Life, making him the magazine’s first Black photographer. The project followed the everyday life of Red Jackson, a young Black man who just happened to be a gang leader. In the film, journalist and filmmaker Nelson George says, “No one’s a gangster 24 hours a day.”

Some of Parks’ most well-known photos are from 1956’s “Segregation in the South.” Life asked him to cover Jim Crow-era Alabama. Parks documented the lives of Black Americans who were faced with the separate and unequal laws enforced during that time. In 2020, HBO’s Lovecraft Country paid homage to these photos in its first episode. I studied film and photography as an undergrad, but only briefly learned about Gordon Parks. It was actually Misha Green’s masterful series that re-introduced me to his work.

Photography gave Parks a tool to express his feelings about systemic racism in America. He refers to his camera as a weapon because he chose it over a gun or a knife. Instead of contributing to violence, he used the art form to record it, which forced people (namely Americans) to see what’s going on in the country.

A Choice of Weapons: Inspired by Gordon Parks celebrates the legacy of one of America’s most groundbreaking artists. From the streets of Harlem to rural Alabama, Parks chronicled all walks of life — the impoverished, the elite, the dehumanized, the sensationalized. While I would’ve loved more details about Parks’ life and experiences, the documentary is a compelling overview that is sure to encourage further research.

A Choice of Weapons: Inspired by Gordon Parks airs November 15 at 10pm ET on HBO and will be available to stream on HBO Max at the same time.