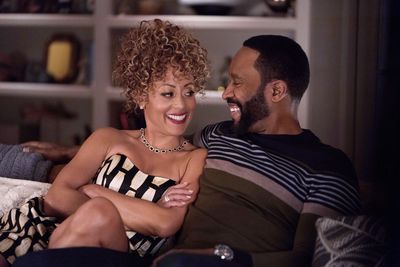 Ambitions is the new soap on OWN that will leave you wanting more!

This show takes you on an adventure through an intimate portrait of the many complicated and loving relationships of some Atlanta’s most elite and prolific people. This ongoing drama features the lives of many characters and their familial, platonic and intimate relationships. As someone who has never drawn to soap operas, I must say that Ambitions breaks the mold by providing in-depth story development that will leave you fantasizing about living in that world! It hits all of those universal dramatic beats that we all are familiar with, but these characters and their relationships are the secret ingredient that makes this show an event!

Ambitions is filled with a ton of characters and storylines that are sure to capture your attention, so I have put together a cheat sheet of everything to know going into it! 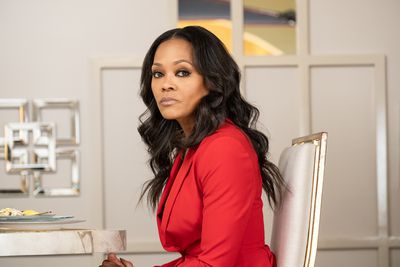 Stephanie Carlisle is the wife of Atlanta Mayor Evan Lancaster. She is from a prestigious and affluent family in Atlanta, GA. Her true loyalty is to her own family’s prestigious law firm, Stephanie desperately wants to be in charge of the Carlisle family law firm. 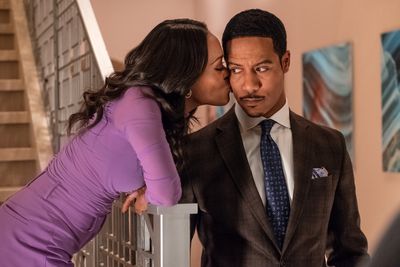 Evan is a social climber whose political ambitions are so robust that he begins to lose all his morality and loyalty. Evan is willing to do anything to get to the next level in his career. Evan seems to be in constant competition with his wife trying to level up to the pedestal that he has put her on. 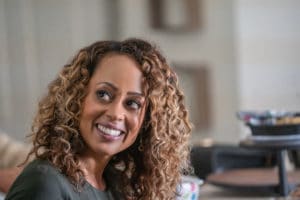 Amara is a lawyer in U.S. Attorney’s Office who has newly arrived in Atlanta with her husband,

Titus. Based off the way Amara presents herself to the rest of the world you would think that she is the sweet and polar opposite of the Ice Queen Stephanie, but we quickly learn that they are two sides of the same coin with a rivalry that is sure to keep you tuned in. 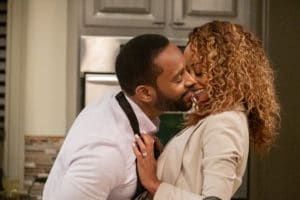 Titus is an attorney who recently moved with his wife Amara (Essence Atkins) to Atlanta. Titus has been hired as in-house counsel for a big pharma company run by Hunter Purifoy, who is fighting a class action suit brought by the powerful Carlisle family. Titus on the surface seems to be a clean cut, good guy but he has made a major career change and temptation surrounds him. Can he remain the pure good guy? (I highly doubt it, but I am here for it!)

The Fav of Ambitions 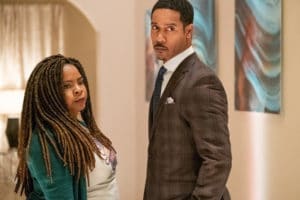 Rondell is Atlanta Mayor Evan Lancaster’s (Brian White) sister, who runs a not-quite-profitable restaurant called Thelma’s Place. Rondell represents the around the way girl who allows her passion for preserving her community to lead her path.

The Seamstress of Ambitions

Bella (Erica Page) is a fashion designer in Atlanta who designs all of Stephanie Carlisle’s dresses for her. 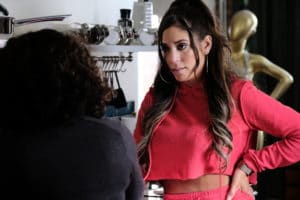 Do Not Trust Anyone!

It is no spoiler that a soap opera called Ambitions is filled with a plethora of characters that you should not trust. However, saying that each character has a “plot twist” moment does not do it justice. Each and every character, except for maybe Carly Lancaster (Kayla Smith), the daughter of Stephanie and Evan Lancaster have an “And I oop–” moment.

One of the characters is put in a threatening situation and you will think you know who is responsible but as soon as it is revealed, I promise you, you will have an “And I oop–” moment.

Betrayal is the worst!

Have fun while watching!

Ambitions is a fun time! It truly is a multigenerational show that everyone can enjoy and the story has a great structure. It is not procedural per se like Law And Order but each act hits the nail on the head with cliffhangers. This show is rooted in its character development, therefore and it is almost impossible to watch Ambitions without being surprised. I can not wait to watch it while it’s on with Twitter in the background. There will be a plentiful amount of gifs and gif reactions that are sure to come from this show.

Everything is rooted in love!

As over the top and grimy as some of the events may be that occur on this show, everyone’s real ambition is rooted in love. Now, the love may be misguided and skewed, but it is still in its simplest form, love. Every single relationship on this show has some raw level of love which is why the betrayal of everything serves as such a major catalyst for everything and everyone.