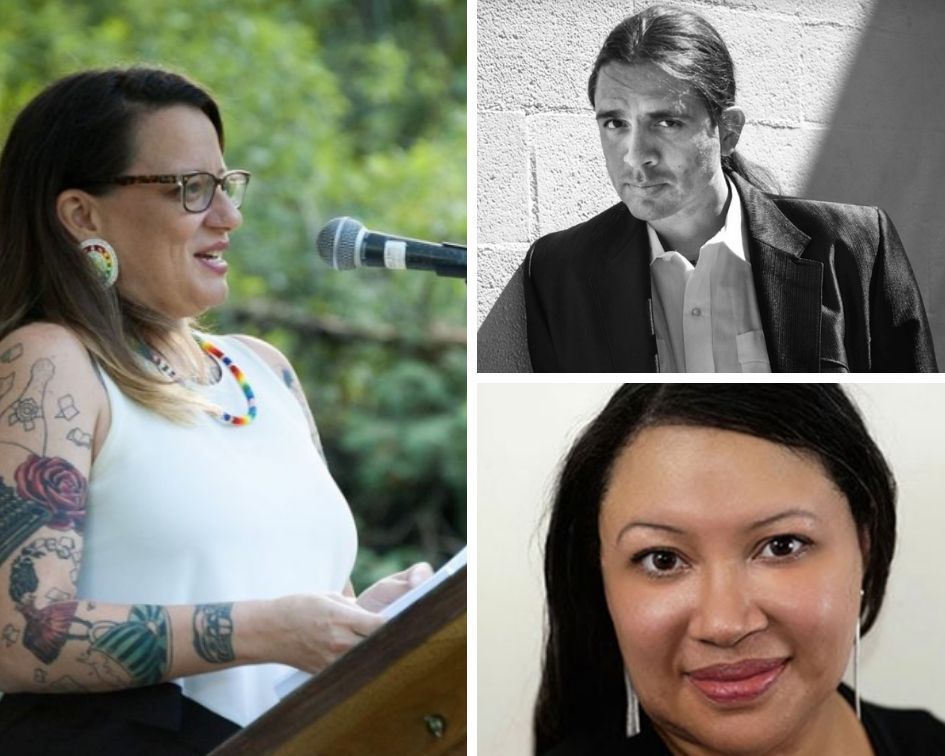 This past week as Columbus Day has been rebranded and restored by many communities as Indigenous People’s Day — it’s time to reflect on a list of indigenous sci-fi and fantasy authors to look for.

Take a look at some of the prominent Native authors working in Sci-Fi and Fantasy from past to present. Check out our list below, and add some new voices to your genre fiction!

Indigenous Sci-Fi and Fantasy Authors in The Native American Renaissance

Louise Erdrich is a prolific American Ojibwe author who has published or contributed to over 30 books in various genres. Erdrich has written poetry, non-fiction, children’s literature, and contemporary fiction. Amidst her varied bibliography are several genre novels. Her most recent work – Future Home of a Living God – is a work of dystopian science-fiction. It is a world where evolution suddenly moves in reverse. The novel follows a woman who traces her roots back to her native birth mother. She seeks answers, amid panic over her own unborn child. This novel delves deeply into feminist issues, and indigenous culture. Erdrich is also considered to be one of the foremost writers in the Native American Renaissance that began in the 1960’s.

Stephen Graham Jones is another incredibly prolific author. A Blackfoot Native American from West Texas, Jones has written 16 novels, six short story collections, over 250 stories, and a comic book. His genre novels tends towards horror and science fiction, with themes that relate closely to his Native heritage. Many of his characters are outsiders who struggle with identity in a world that often shuns them. He has also said that many of his protagonists are some version of himself. He frequently writes about supernatural creatures, with a penchant for werewolves and zombies.

His graphic novel – My Hero – is an experimental meta work of fiction. Jones says that he wanted people to “read words as images.”  His upcoming book – The Only Good Indians – is a supernatural horror novel about four friends who are being stalked by “an entity that wants to exact revenge upon them for what they did during an elk hunt ten years earlier.” If you’re looking for some good supernatural horror, then Jones is a must for your reading list.

Gerald Vizenor is a member of the Chippewa tribe. He is a man who wears many hats as a poet, author, professor, and activist. He was also one of the most pre-eminent writers included in the Native American Renaissance. Although Vizenor is well-known for his non-fiction and academic writings on Native cultures, he is also a science fiction writer.

An author of over 30 books, his debut novel Darkness in Saint Louis Bearheart came out in 1978. He revised this novel and re-released it in 1990 with the shortened title Bearheart. This post-apocalyptic novel “tells the story of a group of tribal pilgrims who journey south toward freedom after the government invades their reservation to claim their sacred trees fuel.”

The Native American Renaissance in literature was characterized by a variety of themes. Sacred landscapes, a return to the reservation, and the conflict of being torn between two worlds were often prevalent. These themes carry over into the emergence of a new genre within speculative fiction. Indigenous Futurism, much like Afrofuturism (and Nnedi Okorafor’s African Futurism) seeks to challenge and/or subvert colonial, racist, xenophobic, homophobic, and sexist genre tropes. It draws on native knowledge, culture, stories, language, and traditions to reimagine the world

A dominant theme in Indigenous Futurism is that of the dystopian, post-apocalyptic world. With the rise of global warming threatening the planet, many indigenous authors are exploring that social anxiety within their unique cultural framework. Below we have a list of contemporary sci-fi & fantasy authors who are working in the realm of Indigenous Futurism.

Cherie Dimaline is a Canadian Ojibwe/Métis author who has published five books in the past decade. Her 2017 novel – The Marrow Thieves – is a dystopian science fiction novel. It depicts a world where people can no longer dream. Only the indigenous peoples of North America still have the ability to dream. They are hunted for their very marrow that can cure the dreamless. The Marrow Thieves also won The Governor General’s Literary Award and the Kirkus Prize. This year, Dimaline put out a new fantastical fiction novel called Empire of the Wild.

In an interview with The Globe & Mail, Dimaline says about The Marrow Thieves that she “wanted to write a story that talked about commodification of culture, the ache of Indigenous survival, the reality of attempted Indigenous genocide. But I wanted to do so in a way that didn’t begin with readers folding up on themselves to avoid the discomfort.”

For the more on this list keep reading on Comic Years.