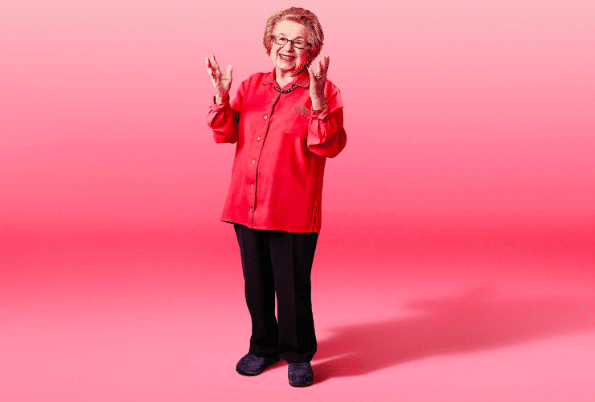 Dr. Ruth Westheimer doesn’t like to discuss politics and she refuses to call herself a feminist.

But when it comes to the topic of abortion and the nine U.S. States that have passed early abortion bans, Westheimer doesn’t hold her tongue. “I am very committed to that idea of family planning and abortion remaining legal. Planned Parenthood is a wonderful organization and it’s where I got my doctorate. But I don’t do any politics,” said the 91-year-old sex and relationships expert during a recent phone interview.

“I don’t comment on politicians because I’ve made that my rule forever not just for the current political climate. I have always said, somebody like me who talks about orgasms, and erections and sexual satisfaction has to stay away from politics.”

If Westheimer’s words of wisdom warms your heart or at least bring you a sense of familiarity, then you have to tune into Hulu for Ask Dr. Ruth, the biographical documentary that is now streaming and chronicles the thrice-married mother and grandmother’s life from Holocaust survivor – the Nazis murdered her parents – to 1980s radio and TV host and pop culture icon. 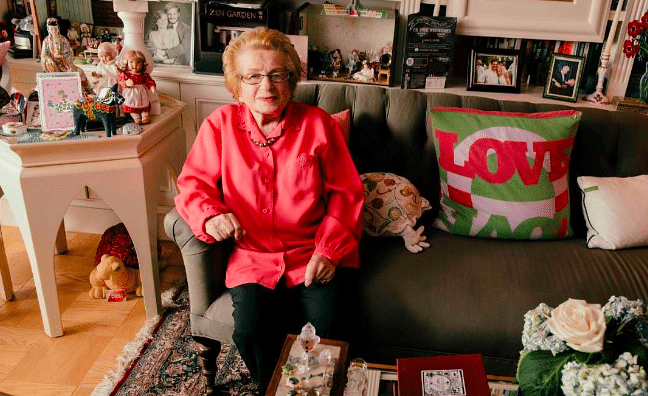 “This film gives me an opportunity to really talk about my philosophy of life,” Westheimer said. “There is life beyond your phone. The art of conversation is getting lost because people, particularly Millennials, are all on their phones and I want the dialogue between people to continue. I want people to see the film and I want them to absolutely have discussions.”

Westheimer’s quest for frank exchanges about sex and love also ushered in a whole world of experts who have helped us love ourselves and one another a lot more. The list includes the late, great Dr. Gwendolyn Goldsby Grant who doled out time-tested advice on sexual health and freedom to 8 million Essence readers for 25 years. She died last year at the age of 85. Dr. Sherry Blake, an Atlanta-based clinical psychologist best known for her professional counseling on The Real Housewives of Atlanta and Braxton Family Values also delivered relationship advice in Essence up until last year.

And in the era of #MeToo, it’s comforting to know that Westheimer is in women’s corners supporting their rights for safe and satisfying sex positivity. The author of Sex for Dummies and the children’s book Crocodile, You Are Beautiful also advocates for the LGBTQ community and AIDS patients.

Carla Birnberg, the founder of YourBoxBox.com, the monthly subscription service for women’s self-pleasure, said falling in love with Dr. Ruth was easy because the 4-foot-7 diminutive bubbe is ridiculously relatable.

“A lot of us saw ourselves in her,” Birnberg said. “She’s a little feminist Jewish woman who is very attractive and very outspoken and I was very familiar with her as a prototype. But we needed her. She was very obviously shocking at the time and groundbreaking and we need her again now.

“The world kind of feels like it has been turned on its head,” said Birnberg, who is also the author of What You Can When You Can: Healthy Living On Your Terms. “And I’m so happy to see her more and more and back to coming around. We still need her and women like her and we can’t get complacent.”

One of the issues Birnberg addresses with YourBoxBox.com is who societally is allowed pleasure and who isn’t, a topic that Westheimer tackled many moons ago. In other words, race, religion, politics, sexual orientation and socio-economic status shouldn’t dictate pleasure. Women and men of all kinds should be in control of their own bodies and their own orgasms.

“We were taught, ‘Learn what you like so you can tell your partner,’” Birnberg said. “And that’s lovely but women should learn what they like. Period. You’re enough and worthy of knowing what brings you pleasure.”

August McLaughlin is the author of Girl Boner: The Good Girl’s Guide to Sexual Empowerment. She has been writing about sexuality for seven years and said Westheimer is a professional trailblazer. 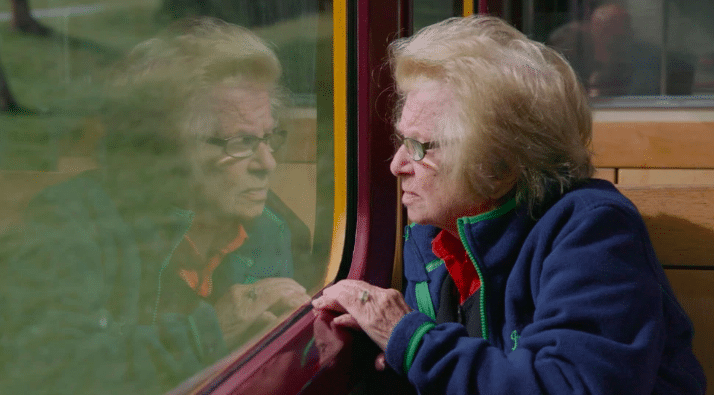 “I think the fact that I knew who Dr. Ruth was when I was growing up in the ‘80s and ‘90s says a lot. Like many people, I didn’t hear many conversations about sex early on,” McLaughlin said. “And much of what I did learn fueled shame or confusion. I’m sure knowing she existed planted seeds in me on some level. Dr. Ruth helped pave the way for those of us who feel compelled to speak publicly about sexuality.”

But there are things that McLaughlin has had to pivot away from when it comes to some of Westheimer’s beliefs. “I do wish she had stayed more with the times and the latest science around gender and sexuality,” said McLaughlin, who also launched the Girl Boner Radio podcast.

“I consider her take on gender roles, consent and desire in recent years pretty misinformed and potentially harmful,” she added. “Even so, I see her as an outspoken activist, and a brave one.”

If you see the film Ask Dr. Ruth, you’ll know Westheimer is far from finished. Her next big topic of interest? Loneliness.

“The filmmakers animated the part of my life when I was at the railroad station saying goodbye to my mother and grandmother,” Westheimer said of the documentary. “The Nazis had already taken my father. I never saw them again.

“That scene captures the loneliness of my mother and grandmother bringing me there,” she said. “These days, I’m talking a lot about loneliness. Loneliness among Millennials and older people – widows and widowers and divorced people. Anybody. So, it makes it a very nice visual picture of what I am talking about.”