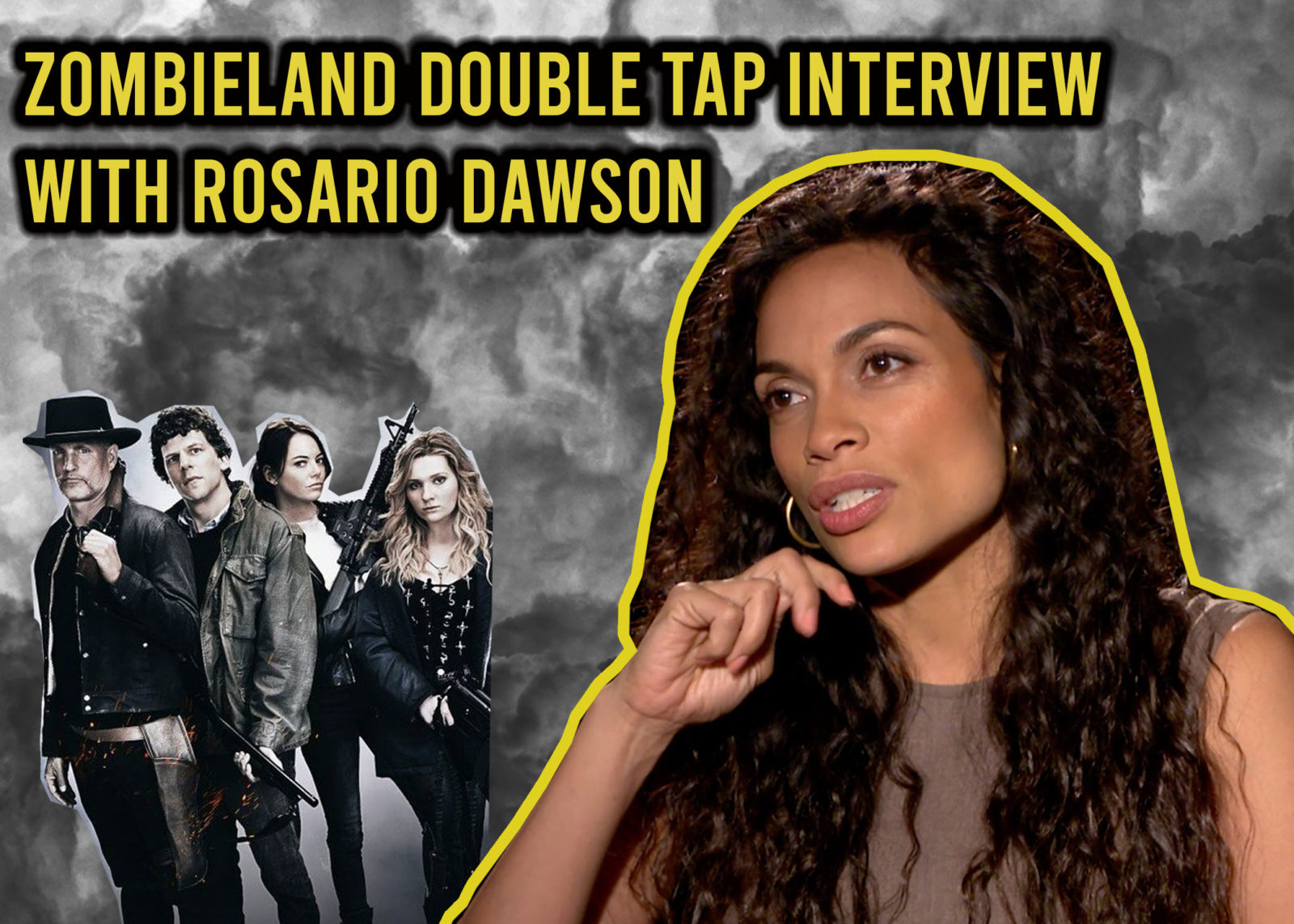 Actor Rosario Dawson believes the key to survival in the zombie apocalypse is keeping your cardio on point.

Ten years after the events of the first film, in an America overrun by zombies, survivors Tallahassee, Columbus, Wichita, and Little Rock have become experts in identifying and disposing of various zombies. Visiting the abandoned White House, Columbus decides to propose to Wichita using the Hope Diamond, while Tallahassee rebuffs Little Rock’s hopes of meeting a boy and starting her own family. The next morning, Tallahassee finds a note from Wichita and Little Rock, who have left due to Little Rock feeling Tallahassee still treats her like a child, and Wichita’s fear she is too attached to Columbus.

Check out her one-on-one interview below: