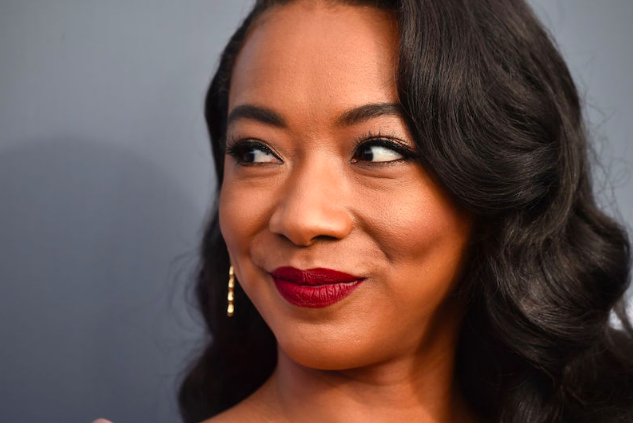 Grab your favorite bag of chips, your preferred drink, pick your seat, and get ready to enjoy Betty Gabriel’s thoughtful and intense performance as officer Pam Duffy in Defending Jacob.

This show’s actors will carry you into the perfect mystery suspense series for this corona-induced time. After binge-watching the entire show, I got on the phone to interview Gabriel about her powerful and convincing performance.

This mystery drama’s gripping narrative involves a crime that has been committed in a small town in Massachusetts that has sent ripples through the heart population, pitting neighbor against neighbor, as the secrets of this once beloved family unit become public information. The unfolding of events puts into question each family member’s trust, knowledge, and love for one another, as they come ever closer to understanding what really happened in their once quiet town.

Gabriel is probably best known for her role as Georgina in Get Out, a film that shook many of its viewers to their core. While A-list celebrities like Chris Evans and Michelle Dockery are making their way to the small screen, actor Betty Gabriel is stealing the spotlight from them. In Episode 5 “Visitor,” there is an intense gym scene that is not for the faint of heart. Gabriel is in the gym with black boxing gloves, a black tank top, and a forceful look that says she is ready to take down anyone who gets in her way. Gabriel said, “The filming of that scene was a little longer. That punching bag in Episode 5 was hard. That took me several sessions, and I definitely think I sprained my wrist at one point.” This scene that she describes is one of the most intense gym sessions in the series.

Gabriel shares some personality traits with her character, but not everything. “I do have a serious side to me, and I am also very loyal like my character,” she said, “but there is also this fragility to this character. Everyone has a breaking point, and there is a lot of fracturing parts.” Gabriel is the kind of actor who understands all the moving parts of a character — what makes her tick, what motivates her, what challenges her, and even what causes her great pain. She added, “Pam’s work is her life, but she also has a daughter to take care of. She is someone’s sister, mother, daughter, and she has to deal with a heavy load” in this series.

Gabriel’s character might seem hard, calculated, and serious, but that’s only because Pam’s work requires that level of attention and dedication. Pam is very loyal and caring, but she cannot allow anything to stop her from getting to the truth about the murder of a child. Gabriel said, “These are unprecedented times for this town — nothing like this has happened in suburbia. It’s a very sobering experience.” Pam has to be serious, strong, and, when needed, brave, but that is just the nature of someone who is trying to get to the truth.

Gabriel’s acting allows viewers to feel real fear without paying for it. When it is revealed that Pam has a daughter, the question as to why she feels this on a personal level is answered. The feeling gels over the span of the series, and her intense nature is realized. A mother’s child was just killed, and Pam, being a mother, displays that raw emotion on screen. The scenes become increasingly darker and frightening as the series proceeds.

In Gabriel’s final scene, she is serving as a peacekeeper, a role that is usually dismissed for its lack of glamour and panache. When most shows attempt to cram every possible solution into the ending of a show, Defending Jacob takes its chances and provides an amazing finale sequence. Betty Gabriel’s serious performance will have you rooting for her in the end.