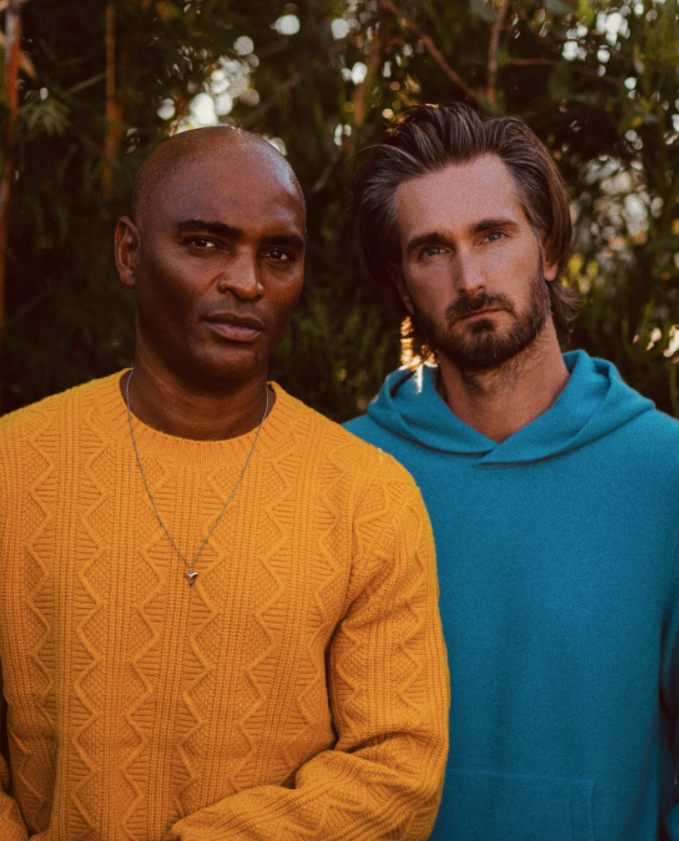 Antebellum is the story of Veronica (Janelle Monae), a successful Black sociologist professor and author strangely dropped into slavery and renamed Eden. The film is now available on Hulu. Join BGN in our interview with co-directors/co-writers of the film Gerard Bush and Christopher Renz.

How did each of the actors surprise you in Antebellum with what they could portray versus what you both initially thought on the page?

Gerard Bush (GB): For me, [I was] pleasantly surprised by the entire cast and the way that they interpreted the material. It was really important that we had ongoing active conversations with the Black women who were a part of this extraordinary project whether that was Gabourey [Sidebe, who played Veronica’s friend Dawn] or Janelle or Kiersey [Clemons, who plays a woman renamed Julia who asks Eden what the plan is in escaping the plantation]. They would bring a part of themselves that would lend an authenticity to these words in a way I don’t think we could have ever anticipated.

Christopher Renz (CR): Immediately Gabourey comes to mind in how she brought Dawn alive. We wrote Dawn, and Gabourey understood who Dawn was. She just took it and ran with it.

Can you tell us more about the Black women involved in the development of the script?

GB: Dana Gills [at Lionsgate and now works with Janelle Monae] worked on the development of the script with us. Lezlie Wills we brought on deliberately as a producer. We sought out young Black women who could give us a different perspective to make sure that we were staying true to what we were trying to put on the screen. Janelle herself lent a lot of notes along the way in terms of how she felt Veronica would speak and comport herself. Gab would give us some language that she felt was really authentic to that character. [We also had perspectives from] my mother, my sister.

I would love for you both to share more about the development of color as you were both writing the script.

CR: Since we were writing it, we always envisioned it as this bright technicolor feeling. It’s this idea of showing the beauty and horror right next to each other that kind of magnifies the horror. Color was something we thought of [from beginning to post-production thanks to Mitch Paulson, our supervising digital colorist].

GB: We wanted the color to communicate in a non-verbal way. These prismatic colors as it relates to the Antebellum South and the mythology that has been so effectively promoted [to erase history]. We wanted to actually make clear that as certain people picnic with champagne in the front lawn of their plantation, there is incredible ugliness, brutality, and sickness.

Towards the end of the film, we see the sign for the Antebellum plantation [that says “anyone disturbing this plantation will be prosecuted”]. Even in the present day there’s that form of protection of spaces that have caused so much harm. There are a lot of double meanings.

There were critics who thought those meanings didn’t live up to the film’s full potential. What do each of you think may have been misunderstood?

GB: What we have learned is that the majority or a great majority of people that viewed the film had a completely different interpretation than that of some of these critics. We did make it to Variety’s top ten films of 2020. So I think opinions are opinions. We’re not in the business of critiquing the critics.

CR: I think that can really be seen in user reactions versus critic reactions. Especially now with the film out on Hulu and the overwhelming positive reaction that it’s having online where there’s a distance from the reviews telling them what to think about it.

GB: We told the studio going into it that you can expect a really polarized visceral response to Antebellum. We encourage people to see the film and educate themselves on the film. Have your own experience that is untethered to that of people who live in a bubble.

If you look at some of the elements within Antebellum that prove to be almost prophetic, I don’t think that we can be too alarmist about the turns that the country was taking.

CR: A lot of the critiques centered more around the subject matter than it did the actual film. We believe it’s important to us in telling this story to make sure that we portrayed the Antebellum South [accurately].

We want to educate. I believe the education system has failed us as far as Black history goes. That can just be seen recently through these Antebellum themed parties being thrown.

GB: I don’t think we want to serve as co-conspirators in the erasure of that history. I’d like to live in a world where everything is Love Jones, where we can have five Mahoganies [per year]. But it’s also important that we revisit this history [to] understand there is always the looming threat [that history can] repeat itself.

CR: I want to expand the question to “Are we done with Holocaust narratives?” I think that should be something that is part of the question as well.

GB: I think that the Jewish community does an excellent job of understanding and educating themselves and generations of their own community about the history as well as the broader public. We have to take charge of our own stories.

I think that saying, “Enough of the slave narratives,” that is a slippery slope. It is a really dangerous irresponsible statement to make. This one critic said, “I’m [tired] of films like Antebellum.” I thought “Wow, you don’t want to revisit the truth of the thing.”

CR: We know that obviously it’s uncomfortable. There were so many unreal things said over the last four years. The fact that the Attorney General likened wearing masks to slavery I think is something that illustrates the idea of softening the history and not understanding what it is.

GB: We’re gonna do some pretty radical things in terms of our filmmaking and our storytelling in the not-so-distant future. One of those radical things is Black folk living.

I have more empathy for Black critics, especially critics who are Black women, who may receive a lot of vitriol for even having an opinion.

GB: That’s true. That’s the thing, it’s hard [because] we did the movie in dedication to Black women. So it’s hard because prior to Antebellum, none of these people have heard of us.

Ultimately what I would say to Black women critics is we respect you tremendously. Even though we don’t necessarily agree, we can empathize at least to a certain extent about how you feel about this work.

I love critics. I know it sounds weird and counterintuitive, but we think that’s just a part of the process. It’s a baptism by fire.

CR: It’s interesting that it gives more context to us as filmmakers.

We definitely wanted to get across that modern metaphor of showing the time that they were thriving before they were stolen. Putting that through this modern metaphor. In the U.S. school system, there’s no Black history before the United States. I think it was important for us to provide modern context around what it was like before.

GB: There’s a lot of confusion around the economics of slavery. There was this idea that the currency of your whiteness, no matter how much someone who was Black had achieved or accomplished or whatever their gifts or talents may be, your whiteness was always going to supersede that of the most extraordinary Black citizen. It’s important to be able to critique and talk about Black art in a way that’s constructive while also championing Black art.

Continue to stay updated on news of the duo’s next project InkWell, and watch Antebellum on HuluPlus!

Jack Huston and Jena Malone on Playing Villains in ‘Antebellum’

Lily Cowles and Gabourey Sidibe on Ridesharing in ‘Antebellum’