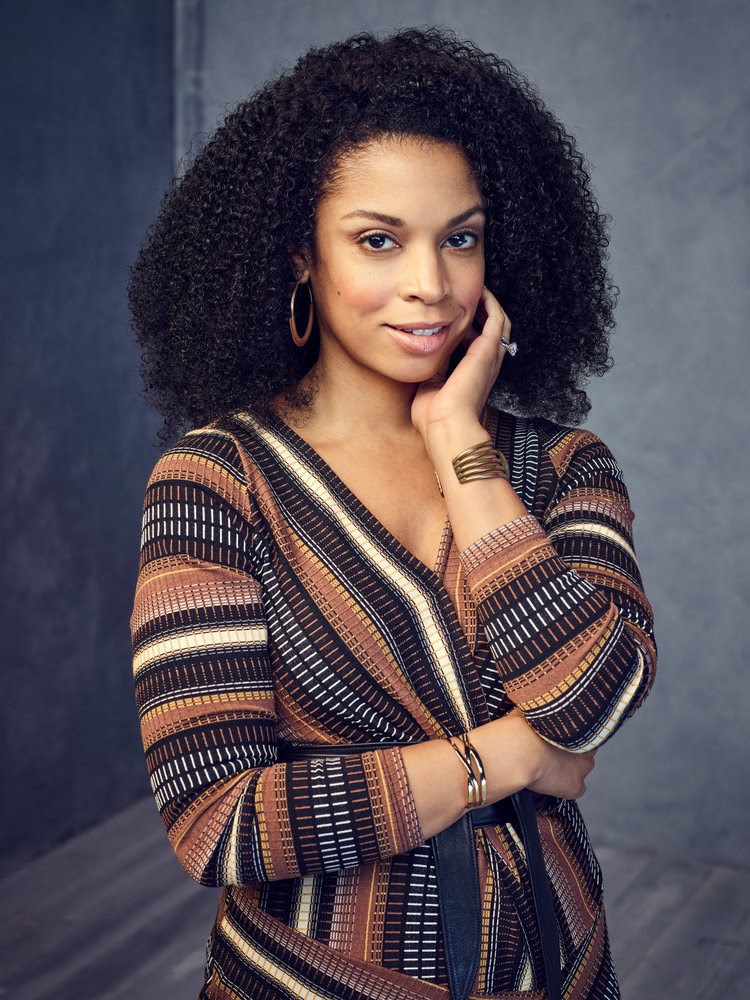 For six seasons, we’ve watched her as Beth Pearson — intelligent, grounded, and brilliantly sarcastic — on NBC’s This Is Us. Now, Susan Kelechi Watson will step into the writer’s chair for the show’s final season. The episode will focus on Beth and her reaching a pivotal life moment.

BGN had the pleasure of speaking with Kelechi via Zoom to discuss Black women creatives being underrepresented, why it’s important to her to create authentic narratives, and Black women having the right to take up any space.

What has been exciting about Beth’s character is that Black women can relate to her, in more ways than one. As you were writing this episode, how important was it to incorporate that representation into Beth’s narrative?

It’s always important. In any role that I play, and I dare say will ever play, do I shy away from the Black woman aspect of it? I love who we are so much; there is nothing I’d rather be. I walk into a room, and there is nothing else I can be. There’s no separation of that, so the biggest celebration is just to be it. When you can do that and feel validated, you don’t need anyone else to do it for you. That is something that’s really powerful.

With Beth, I always wanted that to be there. She’s not looking, as a Black woman, to be validated by somebody. She’s really just trying to be a wife and a mom but also fulfill her own dreams. That is my dedication to Black women. When we can just see ourselves being, that’s powerful. When you’re go from not having much representation to being represented, it’s important that you see all sides of it. I consider Beth to be the average woman, in any suburban household or urban household, who is just taking care of her family and trying to find her way. That is important enough because there are so many of us with that same exact story.

In the episode, one of the things Beth tells her students is, “You belong. So take up space.” Black women in creative spaces are often are undervalued and underrepresented. How do we go about creating the type of change we want to see?

That line about taking up space meant a lot to me. Sometimes you can be there but think you have to stay in a little square. No, I’m here. I’m not going to say that everything is butterflies and roses when you do, but the more we do, then the more people will have to adjust accordingly.

We’re going to see Beth have a full-circle moment with a significant person from her past bridging the gap between her younger self and her adult self. Can you talk more about what this means for her?

It felt like the moment we all have in our childhood when someone diminished us, made us feel a little smaller, and we carried it around. It was a moment of empowerment where Beth is not going to let it define her anymore. She’s found her path now, and she’s going to walk her path out. It’s a powerful path whether [that person] thinks so or not. She just has to confront that demon and to say what she has been wanting to say to him.

For so many of us, it’s something that either we’ve wanted to do or hopefully we have the opportunity to do. This was her moment to do that. It was her moment to almost go back in time and rewrite how she lived that out when she was a teenager. But now it was much more powerful as a woman who knows where she’s going and what she’s going to do. It was powerful because now she gets to say how she feels. What he feels about her doesn’t mean anything anymore.

With the show ending, what feeling or experience are you hoping people will walk away with?

I hope they feel seen. I hope that, somewhere along the line, we had a story or character that made them feel seen as a human being and that we told it as authentically as we could. It’s in the title. It feels to me that over six seasons we tried to make sure that every story was recognized and shown in a way that felt loving and compassionate.

HBO Will Adapt Ta-Nehisi Coates’ Between The World and Me