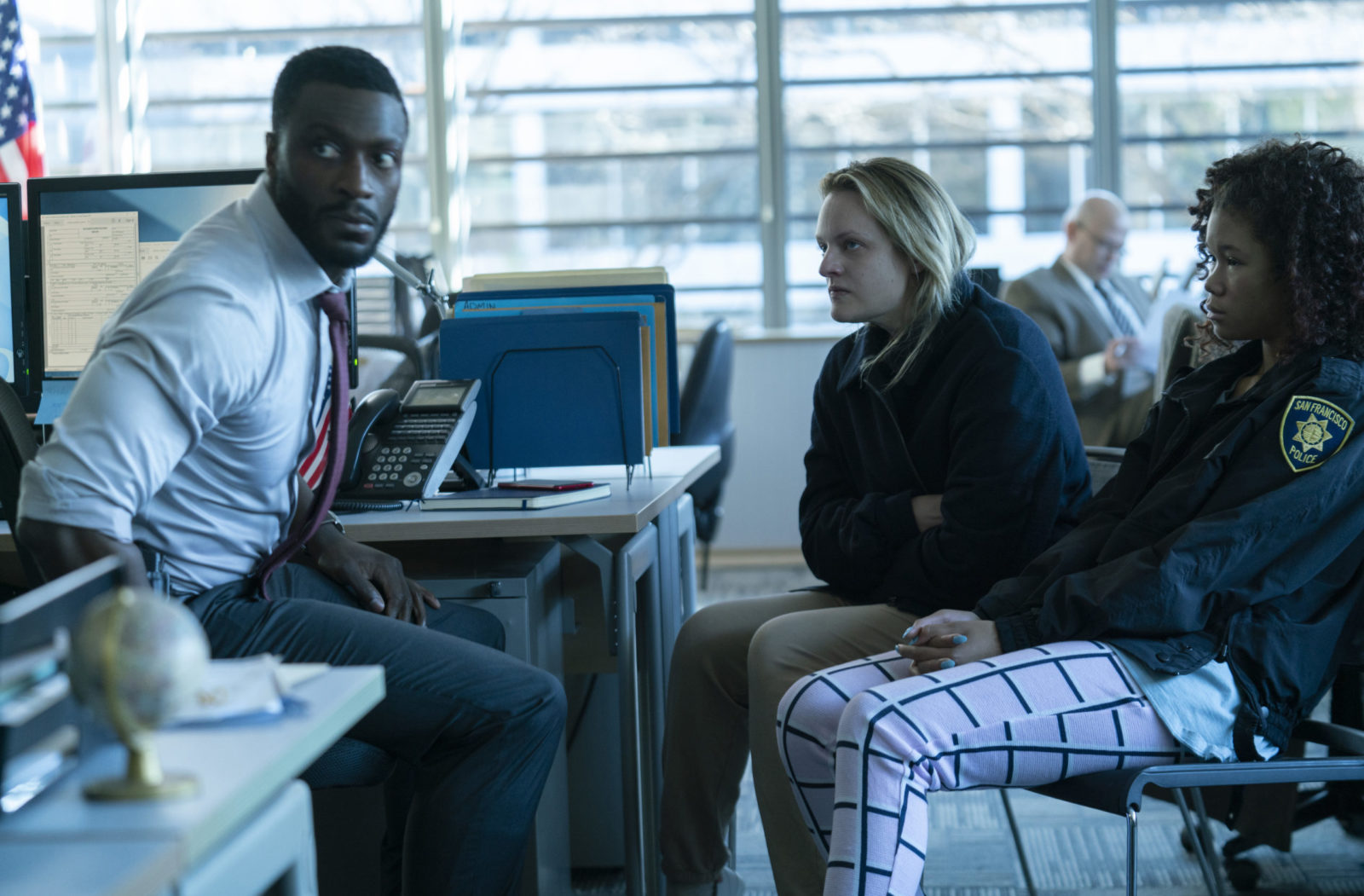 This past year actor Aldis Hodge brought stunning performances to the big screen in his films Brian Banks and Clemency. In his first film of 2020, The Invisible Man, Hodge plays a single father protecting his teenage daughter and his childhood friend.

In an interview on the set of The Invisible Man with Aldis Hodge in Sydney, Australia, Hodge describes his character, James, as a good man who is a police officer and single dad doing his own thing. His relationship with Cecilia is purely platonic and familial. They have a special bond, and she can call him when she’s in need.

In the story, James isn’t quite aware of what Cecilia is going through, and he’s struggling through a series of choices of how to help her. Since most of what is happening to her is in her mind, it is nearly impossible for James to protect her the way a cop traditionally would (or even a friend for that matter). As Cecilia descends into madness, James is uncertain of himself according to Hodge:

“After a while, I think for James, he’s not even sure if he if he’s really seeing the same person that he knows if he is starting to believe, what she’s going through. Because again, there’s a part of him that’s like, ‘This is my friend, I want to be here for her.’ But then there’s the other side of it, which is, ‘I don’t know how much I can help this woman and I’m starting to lose who I know.’

“But I think he’s a natural protector. I will say that I think that at every turn with whatever happens in this particular film, his instincts, regardless of judgment, always point towards trying to figure out how to protect her as best you can.”

It seems platonic relationships between men and women in stories these days are a rare commodity. I asked Hodge if he would dive a little deeper into the dynamic of his relationship with Cecilia and if their relationship ever presses beyond the boundaries of friendship.

“Given the state of where she is, we don’t really cross into that because of where she’s at mentally and emotionally. We get to see a real relationship, just a real friendship between a man and a woman where they never cross. And for me, personally, I appreciate being able to see that because it’s also something nice to exhibit when people might think [something] is coming, but they don’t realize how nice it is to just sit there and be like, ‘Oh, no, you’re good,’ you’re safe.”

Hodge is aware at all times while filming and doesn’t get lost in his character. He also reveals how he has interests in directing and producing as well.

“You have to be hyper-aware of your surroundings and what you’re doing in a very different way. As an actor, for me, that’s really, really quite exciting. At the same time is education because I’m dipping into producing and directing myself, so I’m really sitting back to study Leigh [Whannell]. One thing is, he has a solid vision.”

That vision tells not only the character’s individual journey but the journey of suspense throughout this creepy narrative. Hodge was also asked about what it was like balancing a story steeped in the sci-fi/horror genre and a grounded story about a woman surviving PTSD.

“I think the balance is looking for elements of honesty and reality. Because as far as the sci-fi element where we use technology in a different way, all this technology is actually addressed in real terms. There are a lot of people who’ve been playing with the sort of technology, bending light, things like that, for a long time. So as far as a serious particular story, going through what she’s going through — that is a real horror story for a lot of people. So it doesn’t make it that hard all these pieces together turn into something that is synergistic.”

Hodge also decided to shed some light on some subtext of who James is and gave us the process of how he decided to build his character when approaching the script.

“I think for, for James, I decided that he was the kind of person who, regardless of the situation she was in, he was going to support her. ‘If I have concerns about xy and z, if this is your choice, I may disagree, but I’m gonna still support you.’ And, you know, ‘I’m an ally now.’ I think for James, he was that kind of supporter where he kept his eyes open. The thing that I responded to was the nature of their friendship and the fact that we got to exhibit a real earnest sense of support. It’s what drew me in more to James and being able to step into this type of role. We get to exhibit how they play it out.”

In the film The Invisible Man, Hodge’s character James is a single Black father, yet another anomaly in feature films. Hodge shares a personal story about his friend who recently wrote a book about fatherhood and his own experience of growing up without a father.

“In terms of fatherhood, it’s constantly overshadowed by the idea that men are natural nurturers. Despite the experience of growing up without my father being present and my life as a child, we have a great relationship now, but we had to earn it. We had to work for that, but I was raised by my mom. So I understand the experience, but also understand that it’s not the overbearing or overarching idea or identity when it comes to men. Me, when I have kids, I’ma be daddy.

“I see so many great fathers. So anytime I get a chance to play that exhibit that I don’t want people to look at it as a falsehood. I want them to understand this is true nature. There are so many fathers out there who are doing their thing. I have a lot of buddies who are single fathers. And that’s important for me to play, because it does give a sense of richness to the idea of who this man is, in terms of his morality, especially when it comes to him trying to help his friend out.”

Hodge also candidly gives advice for Black men in the situation of becoming single fathers and how to handle the responsibility.

“For young brothers out there who are in that position, our hope is just one helps them to be a little bit more responsible and cautious about these things. But when you get into that situation, just definitely step up to the plate. Regardless of what you’re going through in your life, personally it is never more important than that step. Now you have generated, you’ve created this all this whole new sense of responsibility that is yours, and nobody else can replace that. That is the most important job you will have. And it’s a beautiful job to do. I don’t have any kids, but I helped raise my little sister to understand what her father missed out on, the beauty that he missed out on. All those moments, he’ll never get back. Do I feel sorry for him? No. So I would hope that it inspires cats to understand there’s so much more beauty in it than there is fear.”