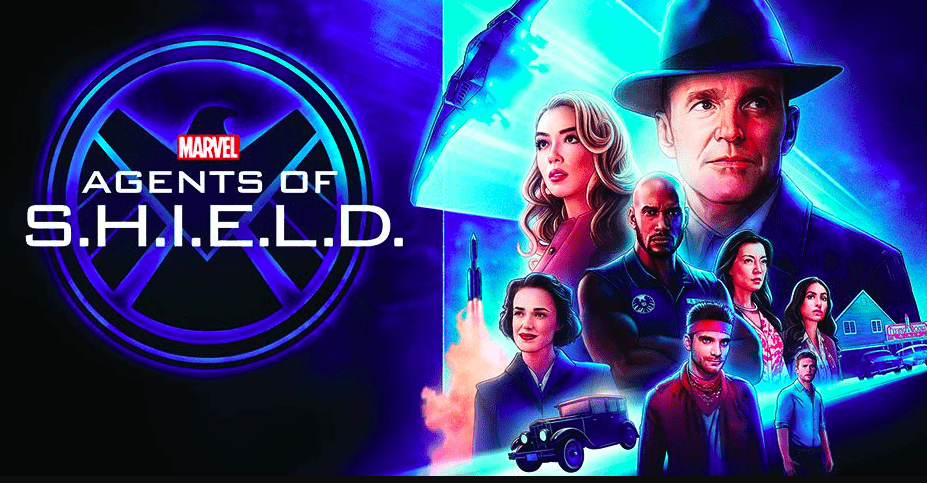 That’s a wrap. The series finale aired Wednesday, August 12. It’s the end of an era for fans of Marvel’s Agents of S.H.I.E.L.D. With 136 episodes, spanning 7 seasons, a few spinoffs, and even some mini-series, we have nothing but love for the show that has forged its own path, away from the connections of the Marvel Cinematic Universe (MCU). Each season brought us something new and exciting and introduced us to characters who quickly became fan favorites.

If you haven’t caught up on Agents of S.H.I.E.L.D, now’s the time. Seasons 1–6 are currently streaming on Netflix and the seventh and final season can be found on abc.com. While we sit with the cast and reminisce on the show, be warned there are some spoilers ahead if you haven’t seen the finale.

Those who are fans of the MCU will recall S.H.I.E.L.D. from the Avenger films, particularly Agent Phillip J. Coulson. Coulson has been through a myriad of missions in the MCU. The show gives us a deeper look into what Coulson has been up to, offering a look into the agency behind the Avengers.

The show follows S.H.I.E.L.D. (Strategic Homeland Intervention Enforcement and Logistics Division) as it employs an elite team of agents who investigate the strange and dangerous around the world and in space. Each member of the team brings special skills and abilities, sometimes super-abilities, to help protect those who need it. Among the threats that the team encounters are aliens, Inhumans, and of course, Hydra. The show stars Clark Gregg as Phil Coulson, Ming-Na Wen as Melinda May, Chloe Bennet as Daisy “Skye” Johnson, Elizabeth Henstridge as Jemma Simmons, Iain De Caistecker as Leo Fitz, Henry Simmons as Alphonso “Mack” Mackenzie, Natalia Cordova-Buckley as Elena “Yo-Yo” Rodriguez, and Jeff Ward as Deke Shaw. Season 7 re-introduced us to Daniel Souza, played by Enver Gjokaj.

The final season of Agents of S.H.I.E.L.D gave us all the feels. We bounced around, decade to decade, in a wave of nostalgia. The two-hour season finale was an emotional roller coaster of sadness, laughter, and final goodbyes. During a round of interviews for the final episode, BGN had the opportunity to talk with the cast about what this show has meant to them and the things they will remember from their time on Agents of S.H.I.E.L.D.

With the end, we all wanted to see where our heroes would land. They all agreed that each character ends up where they are supposed to be. Henstridge commented on being part of the fan-favorite duo, FitzSimmons. “It was just so lovely to get to play characters that at the start were doing everything they could to not think of each other romantically, to ending at Season 7 with them having this daughter that they’ve both laid their lives on the line for. As an actor that’s just amazing.” De Caistecker, the other half of the duo, added that he couldn’t imagine the experience without Henstridge. If there’s one thing fans are sure to be thrilled about, it’s FitzSimmons getting their happy ending.

All the characters are in their version of a happy ending. It looks different for everyone. Wen stated, “I was happy. I think the fans are going to be happy with it.” Although our heroes are apart, they are still doing good in the world, which is what S.H.I.E.L.D is all about. “I like the fact that we continue to fight for justice,” said Simmons.

Something that came up a lot was the amount of laughing the cast did on and off the set. Fans can attest to Coulson’s random humor and FitzSimmons awkwardness as comedic, but things got hilarious when Jeff Ward entered the show in Season 5 as Deke Shaw, the grandson of FitzSimmons from the future. “Some of the most fun I’ve ever had in my life,” said Ward.

It’s not a comedy, but for a sci-fi show, it dives deep into emotions and that comedy is what keeps it level. Bennet broke it down for us when she said, “I don’t think I’ve ever been more stressed and exhausted to the point where I can’t even cry, function, or breathe. I don’t think I’ve ever been more filled with joy, creatively filled up, and laughing my ass off the way that I have on the show.”

The cool thing about Agents of S.H.I.E.L.D is that it’s not just sci-fi, but it’s Marvel sci-fi. The writers of Marvel content generally know how to keep tense moments tense, but also allow for some breathing room with the comic relief. The final season of this show did not disappoint.

“I’ve never laughed so much,” said Henstridge. “So many of our scenes were running and looking at a green screen and acting afraid. You do such stupid things on a sci-fi show. When you get to do that with people that also find that funny and realize how ridiculous we look, it’s just the laughing.”

Agents of S.H.I.E.L.D has meant so much to a lot of people. I’ve seen it in Hall H of Comic-Con and I’ve seen it in my own house. Coulson will always and forever be a Marvel favorite. Alive, dead, in T.A.H.I.T.I., or as an LMD, fans will take him any way we can get him. Gregg had this to say about his time on the show:

For me, it’s a broader, more holistic thing to go from being a character who had a very specific purpose in the films, to a character who got to be the lead of a show with an ensemble and 130 episodes. To go that deep into a character and learn so much more about them, and be a person who had deep relationships, family, a protege who far exceeded his abilities and his expectations in Daisy, and to get the friendships and relationships out of it, I’m so happy.

One of the final moments in the series finale is the team virtually sitting in a circle. As Bennet put it, “It was basically just S.H.I.E.L.D Zoom.” It was the moment the characters got to say goodbye to each other, but it was also the moment when the audience and the cast got to say goodbye as well.

“It mirrored exactly what we were all going through as the cast,” Bennet continued. “I don’t feel like many of us were acting. We felt like that was the cast saying goodbye to each other.”

Newcomer to the show, Gjokaj, gave us a glimpse into what it was like for him coming into this already established family. “I had the privilege of walking onto such a well run ship. I got to witness this thing that was tremendously deep for everybody involved and tremendously bittersweet. It’s the behind the scenes moments that I just take with me forever.”

We all found a family in Agents of S.H.I.E.L.D. and we are sad to see it go. We’ve all made memories with this show and it’s been a heck of a ride. As Bennet said, “We have our families and then we have the S.H.I.E.L.D family, and that’s what’s so special.”