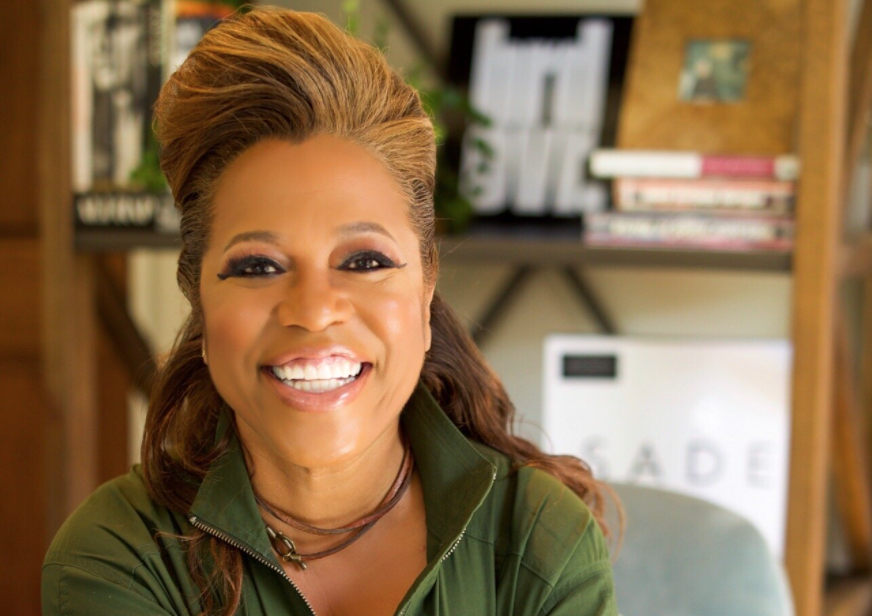 There was no particular moment in which writer, podcaster, and former editor-in-chief Danyel Smith decided to write her upcoming book Shine Bright: A Very Personal History of Black Women in Pop, a book that is one-part research, one-part memoir.

Since her first piece was published in 1989, Smith has reached the heights of music journalism. She has gone from an Oakland girl writing for Bay Area alternative press to the editor-in-chief for Vibe magazine. Despite her years in the business, though, one can still hear the love in her voice — the absolute admiration — for Black music, especially as it concerns the contributions made by Black women.

This love has culminated in her latest book.

The product of years of experience and research, Smith found the time to really sit down and write Shine Bright two years back. At that time, she had ended her tenure with ESPN and devoted herself to pursuing whatever she could to aid in her research. When she mentions going as far as to go to a quaint thing called a “library,” or especially looking things up on something called microfiche, 28-year-old me feels I may have to do some research myself.

Still, Smith doesn’t often have to go very far to get her research done. “My husband and I have archives,” she says of her Brooklyn home. Her love of documentation itself shines through in her new book as it traces the genealogy of Black women’s contributions to pop music as far back as Phyllis Wheatley. “There’s so much we don’t know about her,” Smith says of the poet and former enslaved person who often sang her works. Smith has a lot of love for Wheatley. “We all have a bit of her in us,” she says of Black women. As a forerunner in Black American Folk tradition, Smith finds it important to showcase Wheatley’s historic participation.

Her love for Wheatley goes beyond the intellectual, however, and into the empathetic.

When asked about a fact of Wheatley’s life that particularly stuck out to her, Smith responds with an episode early in Wheatley’s life wherein the seven-year-old slave is alone on a pier. She’s wearing nothing more than a piece of carpet.

Beyond Wheatley, Shine Bright goes into modern-day music’s unsung heroes. When I tell her I’ve never heard of women like Marilyn McCoo or Jody Watley, she cites this as the reason for their inclusion in the book. “We need to know about their contributions to flow and rhythm,” she says. She wants readers to know the special ingredients they added to Pop music.

Smith clearly has a love for Black women and their voices.

In an interview with the Bay Area’s KQED, she said, pointed, “No one ever asks Black women questions,” referring to an instance wherein MC Lyte remarked that Smith had asked her something about her onstage persona no else ever had.

I ask her what she would want to ask Black women, especially Black women artists. She responds with a historian’s litany: “What were you wearing? What did you lay your hands on? What perfume did you wear?” She says she wants to ask this and moreover an hours-long chat accompanied by some drinks. “I know all this about the Beatles,” she remarks, concerning the avalanche of print devoted to the history behind hits like “Hey Jude” or “Help!” She thinks it’s time we knew that about the Black women greats too.

As far as documenting Black women’s music history music goes, Smith does so, in part, with her podcast Black Girl Songbook.

There, she discusses topics as wide-ranging as seeing Jay Z and Beyoncé perform while on a date with now-husband Elliott Wilson, to the internal struggle she feels being a fan of “Blue-Eyed Soul” artists like Teena Marie and Adele, despite her very real concerns about appropriation and representation.

One podcast episode that sticks out to me, in particular, is the one about diss tracks.

In it, she has the red-hot take that Lauryn Hill’s “Lost Ones” is, in fact, hip-hop’s greatest diss track. “It’s respectfully disrespectful,” she says on her podcast and reiterates to me. “I stand by my statement,” she says with playful, yet clear defiance. “I said what I said.”

We laugh, and she explains that Ms. Hill’s work is a Black woman taking apart an unnamed foe “from word one to word five thousand” without ever losing her cool. So many artists, she says, especially males, get “caught up in their anger,” clouded by toxic emotions. We’re looking at you, “Supa Ugly.”

We end our chat, despite technical difficulties on my end, with a laugh. “If this were elementary school,” she jokes. She and I might have to have some words out back to really hash our debate out.

I offer, instead, that sits down with us sometime down the road; elementary school me can’t handle that kind of smoke.

Danyel Smith is a wealth of music insight and history. The more we talk, the more excited I become about the release of Shine Bright.

In all, between her countless articles and her two previous fiction novels, Smith emerges as a proponent for Black women and a chronicler of their role in the often parasitic music industry. Besides her writing, her podcast, too, provides many hours of her candid observations and those of her industry-insider guests.

When I ask her when we can expect season three, she laughs. “You know, I’ve never said this before,” and I lean close to my computer, “but ‘no comment.’”

With a woman this full of prose and near-poetry about everything music-related, I happily take this as my first journalistic scoop and call it a day.

Shine Bright: A Very Personal History of Black Women in Pop will be available via hardcover, ebook, and audiobook on April 19, 2022. It is available for pre-order via Amazon.com

Danyel Smith can be found on Twitter and through Black Girl Songbook on Spotify.