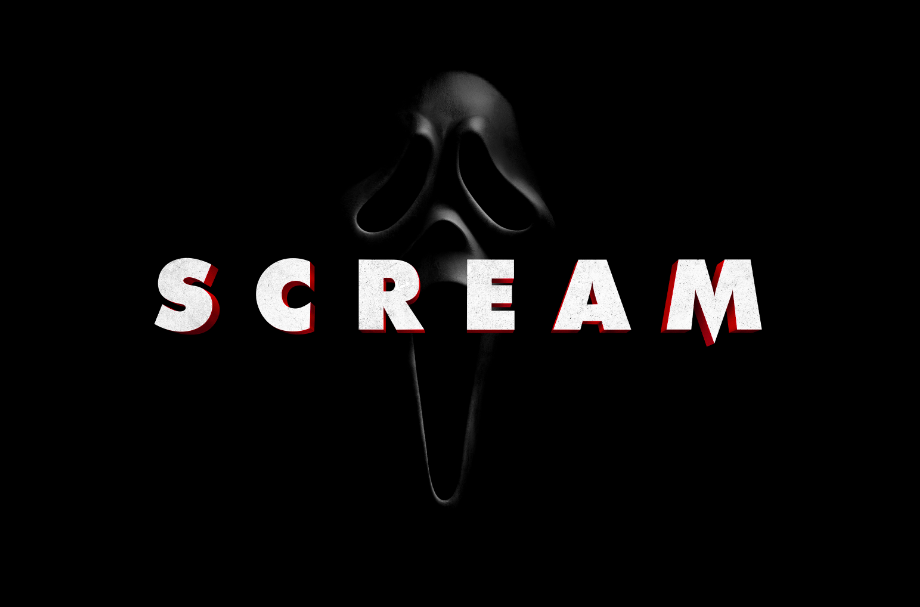 Cue the “Whisper To A Scream” single by SoHo from the Original Scream soundtrack y’all!

Welcome back to Woodsboro! It’s been nine years since the latest Scream film. The franchise never lost its steam over the decades at the helm of Wes Craven and original screenwriter Kevin Williamson. It was big news when it was announced there would be the fifth installment. Wednesday morning, Williamson posted on social media, sparking fans’ interest in the franchise once more with the announcement of the title of the next installment:

After the loss of Wes Craven in 2015, fans wonder if new directors, Matt Bettinello-Olpin and Tyler Gillett of Radio Silence Productions, can continue the amazing impact the franchise has had on the horror genre and horror fans through the years. Williamson has the utmost confidence in Radio Silence and the cast.

“That’s a wrap on Scream, which I’m excited to announce is the official title of the next film! Nearly 25 years ago, when I wrote Scream and Wes Craven brought it to life, I could not have imagined the lasting impact it would have on you, the fans. I’m excited for you to return to Woodsboro and get really scared again. I believe Wes would’ve been so proud of the film that Matt and Tyler are making. I’m thrilled to be reunited with Neve, Courteney, David, and Marley, and to be working alongside a new filmmaking team and incredible cast of newcomers that have come together to continue Wes’s legacy with the upcoming relaunch of the franchise that I hold so dear to my heart. See you in theaters January 2022.”

Back in October, BGN got a chance to sit with the filmmakers and discuss Craven and the iconic attributes of the Scream films. Without being able to talk details of the film (everyone was tight-lipped), the conversation veered toward if they thought they had succeeded thus far in creating a film that meshed well with its predecessors while being creative and fresh.

With Wes Craven no longer with us, how did you find that balance between paying homage to his legacy with Scream and making this version your own?

Matt Bettinelli-Olpin: I think that it’s something that has been top of mind since day one. I think, really, so much of the credit for why we’re all here and why we all feel confident about what we’re making goes to Jamie [Vanderbilt] and Guy [Busick], the writers, who are not only wildly talented on the page, but they are just absolute mega fans, as we are, of Wes’s work and the Scream franchise. It’s a tightrope to walk: to be respectful and find ways to tie a new story into an old lineage. All I can say is that we would have had a tremendous amount of anxiety stepping into this franchise because of Wes and the level of respect we have for his work. It’s really impossible to fully express what that is, but when we read the story that Guy and Jamie put on the page, there was something so undeniably new and also something so undeniably Scream about it. We just knew we had to be a part of it, and that it was walking the tightrope in precisely the right way.

What do you think it is about the Scream franchise that has kept its original cast wanting to be involved? It rarely happens, and it’s been almost 25 years. Do you think that you’ve hit that mark with any future installments that may come around?

Bettinelli-Olpin: It’s a great question. This is totally just theory, but I think, honestly, a lot of that was Wes Craven. As we talked to all of the cast that was returning, the first conversation and many of the following conversations were about Wes Craven and about how important he was in their lives personally, as the director, and just with Scream in general. It feels like, in a lot of ways, he was the father of a large family. So for them, it was just returning to this family situation. They all talk about it like a family. To us that’s very moving — to be the new kids, moving in, and to be even a part of that peripherally and then creating our own version of that, it’s just such a model for us to follow. That’s what this should be first and foremost: a family. And then we get to tell these cool stories hopefully moving forward.

Tyler Gillett: I think that’s one of the reasons why the tone of these movies is so specific. It’s so clear that everyone is enjoying what they’re doing. Wes created a process where people could have fun and take risks, and it could be terrifying and meaningful and funny. All of those things could coexist. I think a lot of that is about the kind of set and the process you design. We’re half of the way through this shoot [in October], and the experience that we’ve had with the cast, both legacy characters and new cast members, comes around maybe but once in a career that you get together with a group of people and have the experience we’re having. The process has truly been a dream come true. I think Wes and Kevin and what they designed and how they designed it is a huge part of why this feels the way it feels, and why people show up, ready to have fun and ready to be scared. That translates in a huge way onto the screen.

One of the most iconic elements from the Scream franchise is its death scenes. Is there one that stands out to you among the four films? Did you consider that when directing these death scenes, and do you think you’ve hit the nail on the head with creativity and connecting with the originals?

Gillett: We’ve really forced ourselves to dig in on it every day, from page to even the moment you’re on set and you’re crafting that specific beat. We’ve been really hard on ourselves with designing things that feel fresh and original. In some ways we maybe pay homage, but it’s a challenge because there are so many iconic and amazing kills in this franchise. I think for us, ultimately, what matters the most is that you love those characters and that you feel for those characters. So whatever form or fashion that peril takes, it feels like it really matters because it’s hard to watch. It’s hard to watch people you love go through some dramatic experience.

Bettinelli-Olpin: We also talk a lot about when you think back on all the great ones from the first four movies, the ones that you remember have a very specific identity to them. Like the garage door; like, oh they’re in the sound booth. There are very clean, clear, simple identities to them, and so we made sure that all of the kills in this movie were like, how would we define them in a way that you go, “Oh that’s what that one is,” and here’s why it works on top of all the character stuff Tyler was mentioning. One of the things we got from watching a million Wes Craven interviews is how he was always so clear about you can’t have fun watching someone die. It has to always be that it’s a human being going through something horrible. If it’s anything other than that, it becomes farcical and it becomes funny. That’s great in some other franchises — Final D comes to mind. Scream is not that. Scream has to still be about real people. I think that’s one of the lessons we got from Wes Craven that has guided us every step of the way.