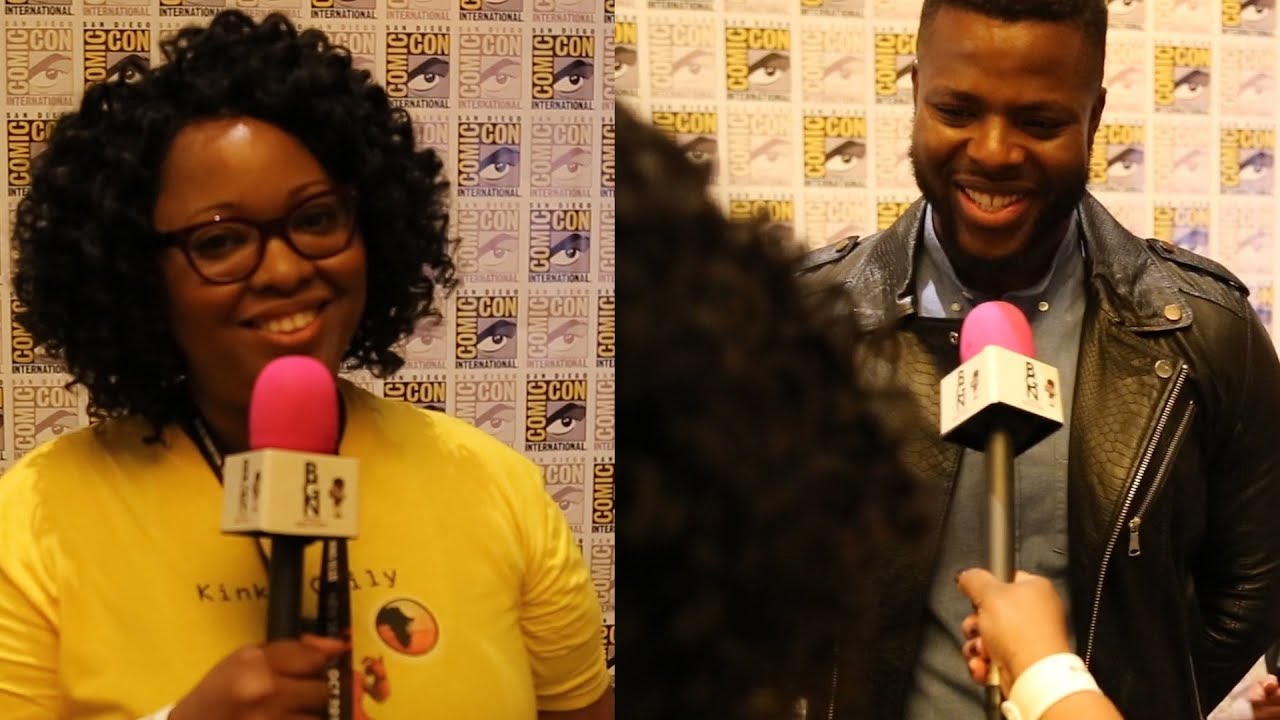 Jamie Broadnax chats with Winston Duke about his role as “M’Baku” in Marvel’s “Black Panther”, at San Diego Comicon 2017.