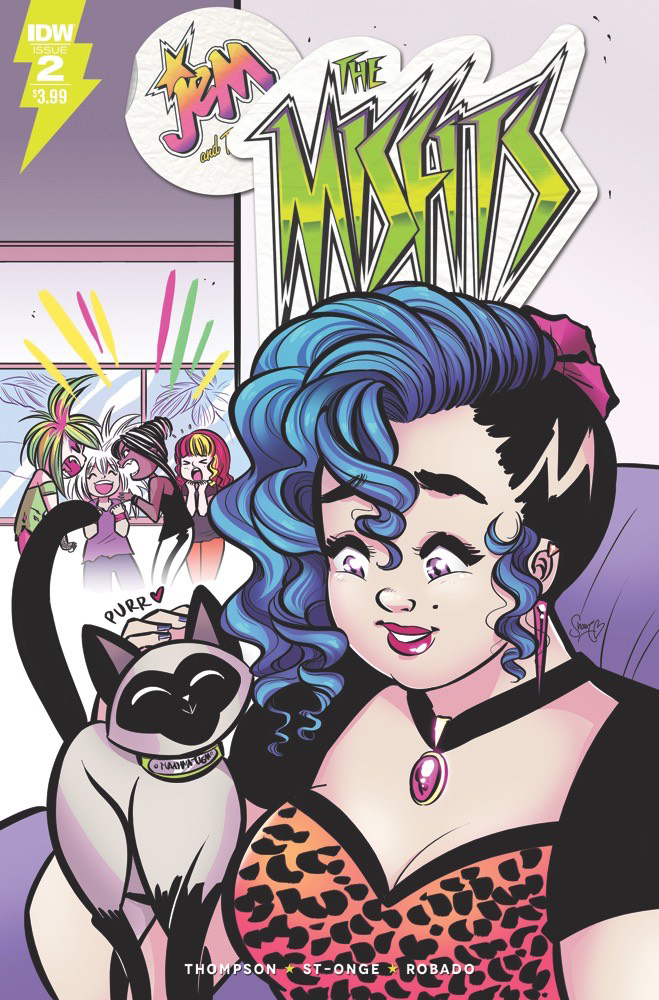 The Misfits believe they’re the best band in the world (and maybe they are) but no one will know since they’re currently in everyone’s bad books. The now struggling musicians have made the choice to be part of a reality television series the hopes of getting back into the spotlight.

As the girls have signed contracts, they will have to live with one another, which is already problematic without the added pressure of cameras following their every move. As far as The Misfits are concerned, privacy no longer applies to them- and this reality hits Stormer harder than it does her bandmates. It’s actually the very reason she is the only one who doesn’t sign the contract.

This is where we’re brought into a flashback that’s been beautifully setup with Jenn St-Onge’s artwork and Kelly Thompson’s script.

We learn more about Stormer’s early days before she joined The Misfits and the bullying that she endured. Being as many people have experienced or been impacted by bullying at some point in their lives, it is something that humanizes the girls and we are able to see them in a different light with every flashback (which began with Pizzazz’s in issue #1). As we all have been caught up in the celebrity whirlwind

The book demonstrated that it is easy for people to get caught up in the celebrity whirlwind (hence why their manager wants the band to be on a reality TV show in the first place), but The Misfits are more than just a famous band- they’re a group of girls who are trying to take their rightful place in the music scene. All the while, trying their best to deal with arguments amongst one another, deal with self-esteem issues and navigate between celebrity and privacy.

Thompson’s setup between fame and real-life were really well done. Not everything that you see is how it truly appears to be, and I am glad throughout the first two issues we were allowed to see more of the young women who make up the super group.

Issue #2 is available now, with issue #3 hitting shelves in March.