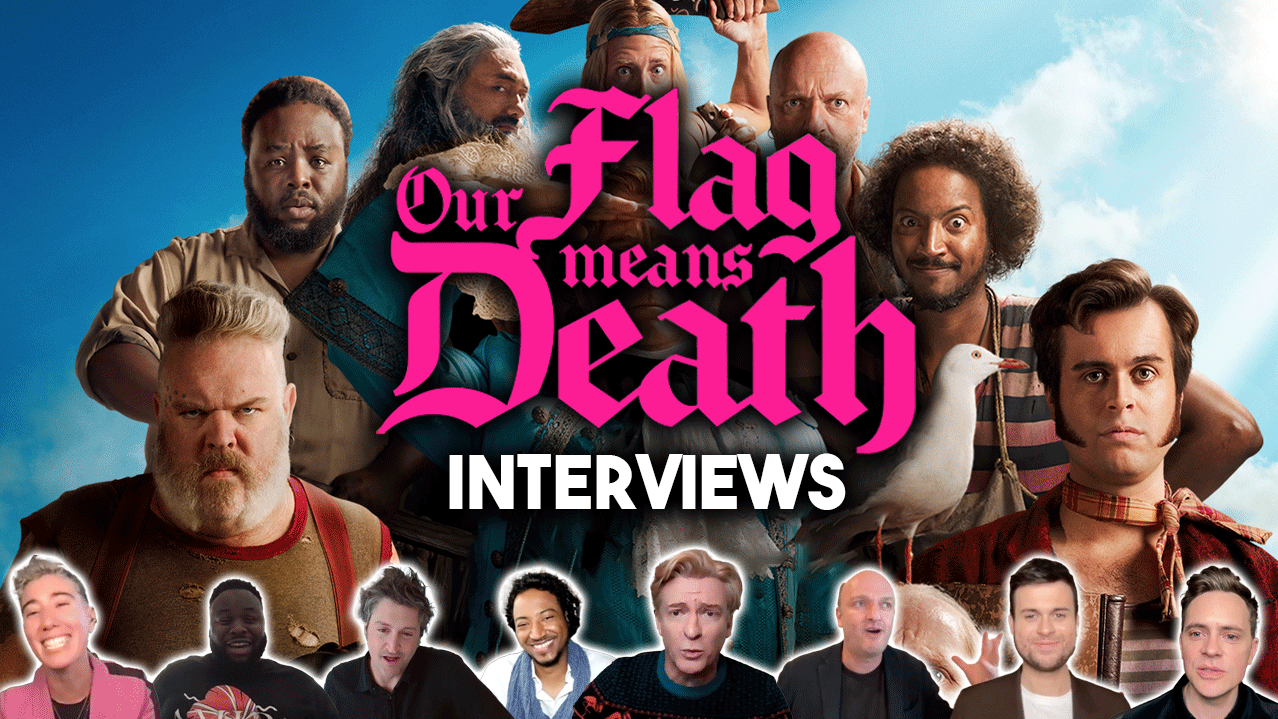 BGN interviews the cast of Our Flag Means Death.

From creator David Jenkins and executive producer Taika Waititi comes a unique new comedy (very) loosely based on the true adventures of 18th-century would-be pirate, Stede Bonnet (Rhys Darby). After trading in the seemingly charmed life of a gentleman for one of a swashbuckling buccaneer, Stede becomes captain of the pirate ship Revenge. Struggling to earn the respect of his potentially mutinous crew, Stede’s fortunes change after a fateful run-in with the infamous Captain Blackbeard (Waititi), history’s greatest pirate. Stede and crew attempt to get their ship together and survive life on the high seas.