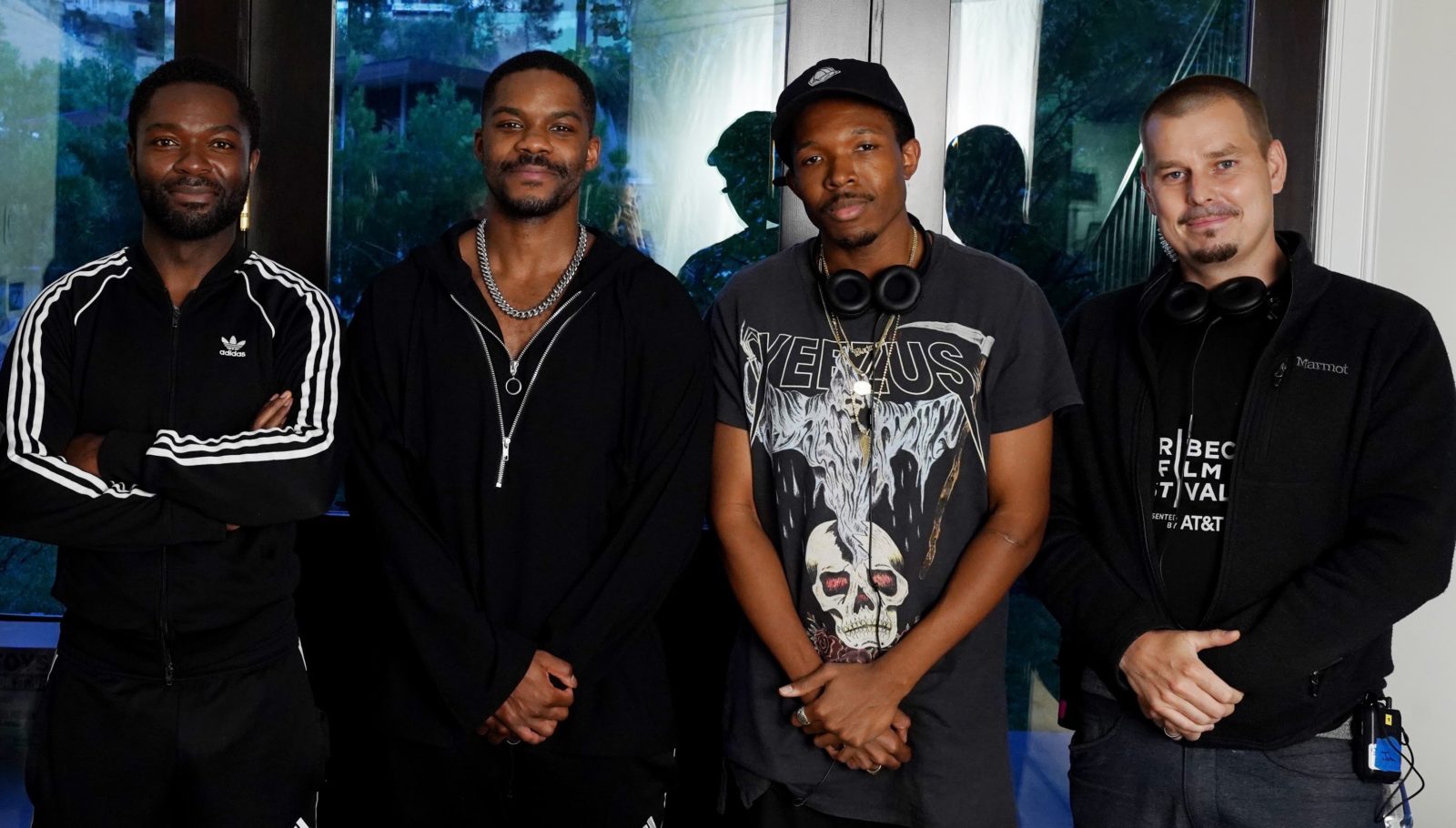 Now more than ever, the roles that celebrities play when it comes to racial justice and activism have been a source of conversation through heated debates and electronic screens.

5150, which is envisioned as a hour-long series, puts these topics and others, such as how Black people are treated today by their white counterparts, under a blinding spotlight. Starring Emmy-nominated actor Jovan Adepo, he plays the role of Celeb, a beloved actor who, according to the show synopsis, is “…known for his strong political views and increasingly erratic behavior, who is forcibly confined to a mysterious institution after an apparent mental break. As he is increasingly ostracized from a public that once loved him, he must wrestle with his own sanity and his place in America as a public figure while facing a shadowy cabal known as ‘THEY,’ which holds the ultimate blackmail over him.” The project has recently been selected for the 2021 Tribeca Fest Creator’s Market.

BGN talked with star Jovan Adepo via email and the project’s co-writers Denzel Whitaker (featured in Black Panther, The Great Debaters) and John Trefry (the founder of 4WT Media) via phone call to discuss the real-life experiences and experts brought on to form the character of Celeb, the complicated relationship between Black fame and activism, and how “cancel culture” is impacting today’s society.

You star as Celeb, a man globally beloved until he begins speaking out on how Black people are still in a form of servitude to their white counterparts. What experiences from your own life did you apply to the character and his activism?

Jovan Adepo: For me, I did my best to look at Celeb as just a person, which he is. He’s a flawed individual who has been given a platform. I thought about what it feels like to be passionate about something, expressing it, and having someone you love not understand it at all. Perhaps they even think that you’ve gone mad or have lost your sense of reality. Multiply that feeling of loneliness and desperation by a thousand, and maybe that’s Celeb.

Due to social media and public outcry, the majority of the world turns their back on Celeb for not saying what they want to hear/being seen as “erratic” or “crazy.” Why do you personally think that there is so much public disdain/“cancelling” when Black individuals with influence point out what is wrong in our society, especially when it comes to race?

JA: A lot can be said about social outcry/cancel culture, etc., especially in the context of celebrities of color. There is almost too much to wrap my head around for this question. I generally am frightened by the power social media has earned over the years because in a lot of ways, I feel too many of us are experiencing and reacting to others experiencing life through a filter. Meaning we are getting a fraction of a moment in someone’s life on camera, and even then, it’s what they decide to show you. That may not be what’s real.

I have younger siblings, and I try to tell them that social media is a tool but not a place for life to be had. People will see how you live or what you say and it could possibly be used against you.

What were some of the hardest trials/lessons you had to overcome playing the character of Celeb?

JA: The hardest thing for me was trying to maintain all of his mood swings, understanding why they were happening and still keeping him human. Black men are so quickly labeled a problem and angry. But anger, sadness, loneliness all stem from something. As much as we’re able to protect and feel protected, maybe we can have better access to misunderstood behavior in people.

Denzel, Celeb was beloved by the world right until he took a stand against what he saw as racial inequality. Why do you personally think that Black celebs today must always be aware of how loudly they advocate for their own race?

Denzel Whitaker: My mom always said it best. She always told me at a very young age, “You have to play the game.” As you know, viewers will watch the short and they’ll really see the mom character. We’re playing rules that aren’t necessarily set for us in a box that isn’t necessarily ours. It’s important for us to speak out. But it’s how we speak out. It’s how we use our words.

It’s tough because for many of us, we still have to remember that there were so many before us who have done wonderful and incredible things, but we’re still paving the way. If I stand up on a podium right now and speak about certain atrocities, I gotta know that my career now might be in jeopardy because I speak too loud. At the same time too, if I word this correctly and I really strike and attack certain audiences, that can also boost your career. We almost have to be aware of all of the different plays at hand.

We see throughout the short that the majority of the people against Celeb’s message do not fully understand what he is trying to say in the first place. What changes do you believe must be made in our “cancel culture” society in order for POC, in this case Black celebs/activists, to be able to stand in what they believe without their platform being taken away?

In terms of that “cancel culture” aspect, we want especially the external forces that are pressing down on Celeb and the literal existence of “THEY” to really challenge people who would say, “America is not racist.” We want to challenge more of the white audiences or people who may not be aware of the systemic inequality that exists in our country. I don’t think there’s an easy answer, because we don’t think that we have the answer for “cancel culture” by any means. But we think that to just call back to something Denzel said, I think it is really up to us as audience members and fans of public figures to really take it on a case-by-case basis and understand, “What is this person’s perspective? Let me go deeper than just retweeting something that they tweet because I’m a fan.”

5150 was presented during the invite-only Tribeca Fest Creator’s Market, which took place virtually June 15 and 16. People can support and find updates from their Kickstarter by following the link here.

Tribeca 2021 Review: ‘Werewolves Within’ Shows When a Video Game Becomes a Movie