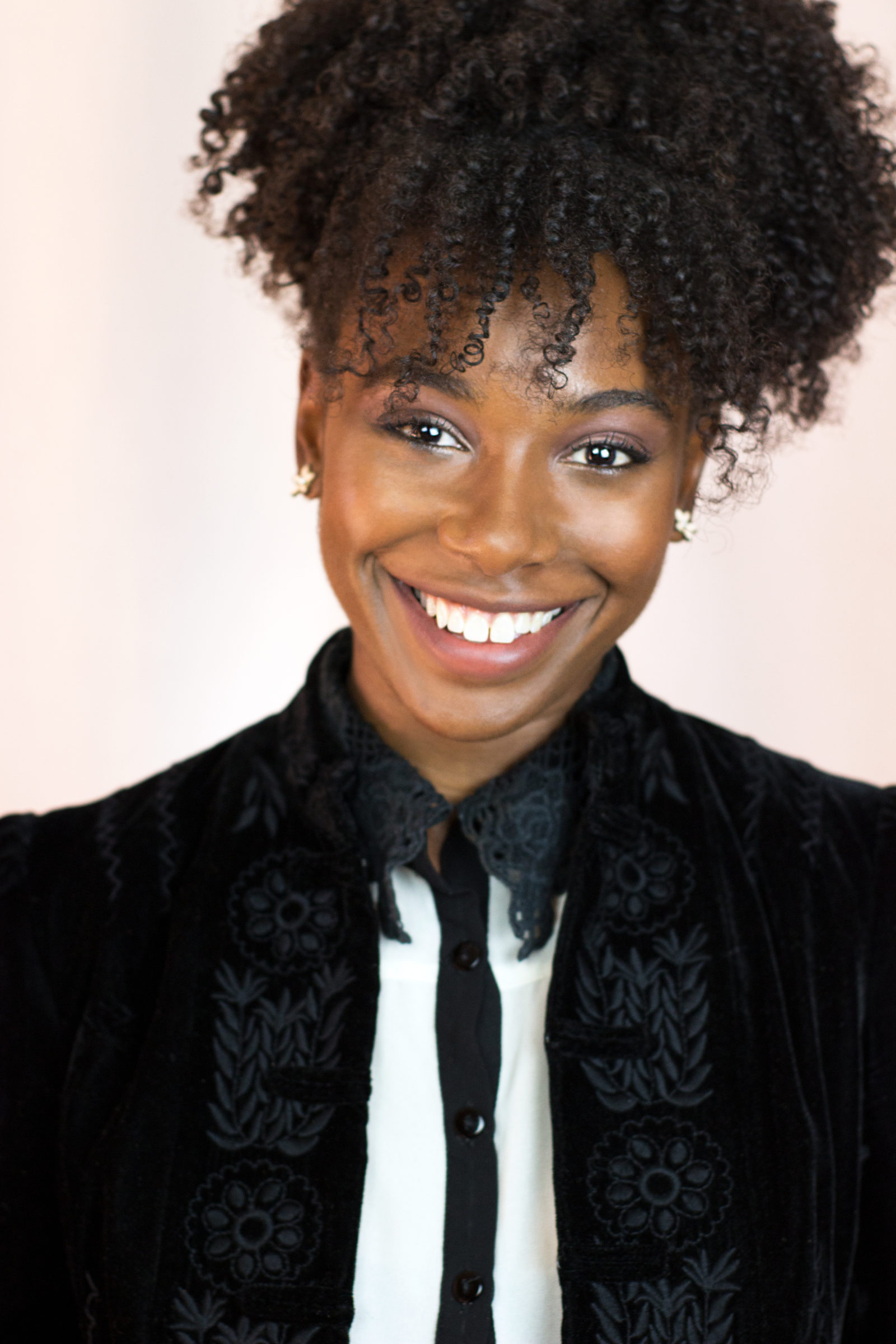 Ashli Haynes plays Courtney on Lea Waithe’s BET series Twenties and has her first leading role in a new BET+ original series, Leimert Park. Haynes has been building her career in Los Angeles for the past seven years and has done everything from touring with Jimmy Cliff to booking roles in over 36 TV shows and films. BGN spoke to Haynes and her new 8-month-old puppy Charlie about her current projects over Zoom.

Do you think Courtney from Twenties and Bridget from Leimert Park would be friends if they ever met?

No. I think Bridget would annoy Courtney. [Laughs.] Bridget is too bright eyed, bushy tailed, naive, and excited. Courtney is definitely more grounded and realistic. So, no she might be like, “Hey sis, let me take my wing and show you the world,” but they wouldn’t be friends

That’s hilarious. You’ve toured with Jimmy Cliff and you come from a theater background?

How important do you think attending acting conservatory and having a theater background is for your career?

It’s been a tremendous help. It’s vital for understanding how to analyze a character breakdown of scripts, to really find the light and bring life to not just the character but the world you’re living in. In film and television, it’s much easier to immerse yourself in that world, because everything is so realistic and visual and you’re just thrust into that environment.

What inspired you to start organizing 21 Sundays, the monthly pop up events that feature businesses owned by Black women?

I’m a Black woman entrepreneur. When starting my business, I experienced a lot of resistance, a lack of interest, a lack of support. And also I felt like I was flying by the seat of my pants, without having a background in business or even role models to look up to or mentorship. It’s hard generally to start a business, but specifically, it’s hard for Black women, because of racism and sexism, right?, that intersectionality that we’re fortunate enough to live with, which prompted me to do some research to see if this was just personal for me and my business or if this was actually a thing.

It didn’t take much digging to discover that it’s actually a thing. Black women generally, we’re not supported, we don’t have access to the resources, the funding…even the initial money it costs for just basic expenses. Even when it comes to applying for loans or seeking investors, we’re basically shut out or discriminated against.

I know that you’re more likely to find that support and those resources when you’re visible when people know you exist. So, I started hosting 21 Sundays. The first one was right before the pandemic hit, and it was such a huge success, people came out and the event sold out. It was great. The next month, corona happened. So, that put a monkey wrench in everything. I started hosting digital events for 21 Sundays, but I found that they weren’t as fruitful, so I decided to put a pause on that until it’s safe to be out, which I feel like will be soon.

How can we support 21 Sundays?

I want to say, May or June I’ll start posting again in-person live events, if things go as planned with the vaccine and the curve flattening and all of that. We’ll see. That’s tentative, but in the meantime you can support 21 Sundays and keep up-to-date with the happenings by following us on Instagram, which is just @21Sundays.

You read tarot and you make candles. I love your business name, Star Magic by Ashli.  Have you always been an empath?

Yes. I’ve always been an empath, ever since I was a child. It was so weird because even when I was very young, kids would come to me and tell me their stories and cry, and I would like, give them advice. You would assume that a child doesn’t really have much life experience, so what could they possibly know, but children know a lot.

So, how do you like being out in LA as a native New Yorker?

When I first moved to LA, I loved it. And then by year two, I hated it. I wanted to leave but every time I would just get the idea to leave I would book a job, which would cause me to stay. And now, Year 7, I’ve just accepted that  this is where I am right now, for however long I’m meant to be here. After seven years here, I’ve realized how LA is magical in that there’s so much opportunity here, you can literally go from one day working at McDonald’s or sweeping floors or slinging drinks, and then the next day you’re on tour with Jimmy Cliff. It’s really unreal how much opportunity is here and how magical it can be. I feel like the more in tune I am with myself, the easier it is for me to appreciate just the little things. I love LA.

What’s exciting you about your new project, Leimert Park?

Leimert Park is amazing. Bridget is my first leading role.  So that’s exciting. I can relate to Bridget. She is a lot of who I was when I was younger. And it’s so funny because when I first saw Leimert Park on the screen — I mean, I loved playing her because I was so closely connected with her — but then seeing it, like on the screen, I just wanted to wring her neck! I realized, for myself, I found compassion for Bridget. Now I just I love her. I love her innocence. I love her joy. I love her. I love that she’s a hopeless romantic, and that she even still believes in soulmates, you know?

And Leimert Park, the actual neighborhood, is like a slice of Brooklyn in Los Angeles, which is really cool.

Season 2 of Twenties is in full swing. What’s in store for Courtney this season?

I signed an NDA so I can’t share anything at all, but I’ll be back. It’s a lot of fun. I feel like it’s gonna be even better than Season 1.

Other than working on two hit TV shows, what’s bringing you the most joy right now?

My puppy. Dogs just have this unconditional love. Also, helping people by working with Tarot and my candles brings me joy. I feel like in giving, I’m also receiving that positive energy back. Yeah, that’s really fulfilling.

All 6 episodes of Leimert Park now streaming on BET+. Season 2 of Twenties premieres spring 2021 on BET.