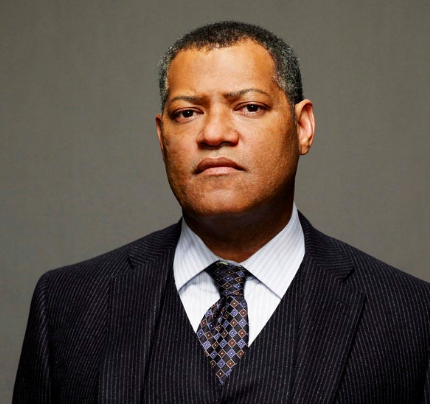 The name of a Black man or woman preceded by a hashtag is a gut-wrenching reminder of what happens to African-Americans in this country every day, a community that is harmed and killed by the very institutions that are supposed to protect them.

#FreeRayshawn tells the story of a young, Black Iraq War veteran named Rayshawn (Stephan James) who is set up by New Orleans police on a drug deal. He runs for his life and takes refuge inside his apartment building with his girlfriend and child. With New Orleans PD and the SWAT team outside ready to storm his home, a social media frenzy begins as community members and news outlets arrive at the scene. During this growing mayhem, a sympathetic cop named Steven Poincy (Laurence Fishburne) plays the role of negotiator, and, over the course of one brutally stressful day, tries to get Rayshawn to calmly surrender in order to avoid an escalation of unnecessary violence.

BGN spoke exclusively with actor Laurence Fishburne about state sanctioned violence through storytelling, what brought him to Quibi, and how he’s personally managing his time during self-quarantine.

In the series, #FreeRayshawn Fishburne’s character carries the weight of a pretty complicated past. Poincy has his own demons that weigh him down like a bag filled with bricks while he’s on the job. Although the story takes place over a 24-hour period, you can tell Poincy is jaded and stressed from his years on the force. With his sweat-stained uniform and constant look of fatigue, it’s pretty clear that all it takes is the wrong day for things to go sideways for Poincy to retire and leave this world behind him.

Poincy’s past is the character building that bridges his relationship to Rayshawn. Poincy was involved in a shooting, and it was that shooting that likely led to him becoming a recovering alcoholic. In the series, Poincy incessantly recites the Serenity Prayer, a prayer traditionally used at Alcoholics Anonymous meetings to help cope with sobriety. Fishburne stated that his character used that prayer as a tool to get through those tough moments.

While #FreeRayshawn is a work of fiction, the concept of the story is rooted in fact. Frankly, there are Rayshawns everywhere. This month, we heard the news of Ahmaud Arbery, who was killed while jogging through his neighborhood when two white men shot and killed him with their gun. They later claimed that they thought he was a suspect linked to recent neighborhood break-ins. These real-life stories keep happening. Rather than law enforcement finding ways to prevent or completely eliminate these tragedies, the violence is getting worse and the value of Black lives is diminishing. When watching these stories on TV, too, do we run the risk of becoming too jaded?

Fishburne said, “That’s a really good question. I don’t have the answer to whether or not [#FreeRayshawn] will help. I do have faith that it will. I know that this problem has been with us since we have been in the country as a people, African-American people or minorities. However you want to classify it, we have been treated unfairly. My hope and my belief is that telling these stories and dramatizing them creates a space for dialogue and for more understanding. Because a lot of this is born out of fear. People’s power feels threatened, people’s normal sense of what is correct and right feels threatened, and we misunderstand each other as human beings based on what we look like.”

Nearly 30 years ago, the late John Singleton made his directorial debut with the film Boyz n the Hood. Although the film doesn’t focus on violence perpetrated by law enforcement, it does depict a scene of a cop showing his contempt for Black men. Fishburne shares that both his roles in Boyz n the Hood and #FreeRayshawn are fathers trying to be protectors. Of his characters in the two films, Fishburne said, “[One is] dealing with Rayshawn, who is a young father, and [the other is] attempting to help this young father to keep this family together, and keep his family safe.”

Fishburne also goes into how the Quibi app helps push the intensity of #FreeRayshawn’s story structure. “What drew me to the story was the way it was told,” he said. “This very short quick bite of content comes at you like a freight train. And then the elements of Rayshawn actually using his phone, and livestreaming the event in real time as it happens, are both brilliant and add to the drama of the whole thing.”

Many viewers of Quibi as well as other streaming services are now at home in self-quarantine waiting for the pandemic to pass. Fishburne provided insight on what he is currently doing to manage his time as well as his self-care during this crisis. He shares, “I’ve been cooking a lot. Doing a lot of cleaning will keep things really spick and span around here. It seems like we’re never finished cleaning. And, you know, doing some Zoom meetings with friends and sending a lot of texts and a lot of interesting, funny, thoughtful little videos to folks. Trying to make the best out of this situation.”

Fishburne is keeping himself pretty busy, while he’s cleaning and sending funny texts to friends.  You can catch him at the LAByrinth Theater Company for a virtual reading of Our Lady of 121st Street on May 23 at 8PM ET. He also just finished reading The Autobiography of Malcolm X for Audible, which should be coming soon. And you can listen to his powerful voice again on the History’s Channel’s History’s Greatest Mysteries.

For more on #FreeRayshawn, download the Quibi app. The film is from Sony Pictures Television and Fuqua Films and stars Stephan James, Laurence Fishburne, Jasmine Cephas Jones, Skeet Ulrich, Alyshia Ochse, and Annabeth Gish. It is directed by Seith Mann and executive produced by Marc Maurino and Antoine Fuqua.