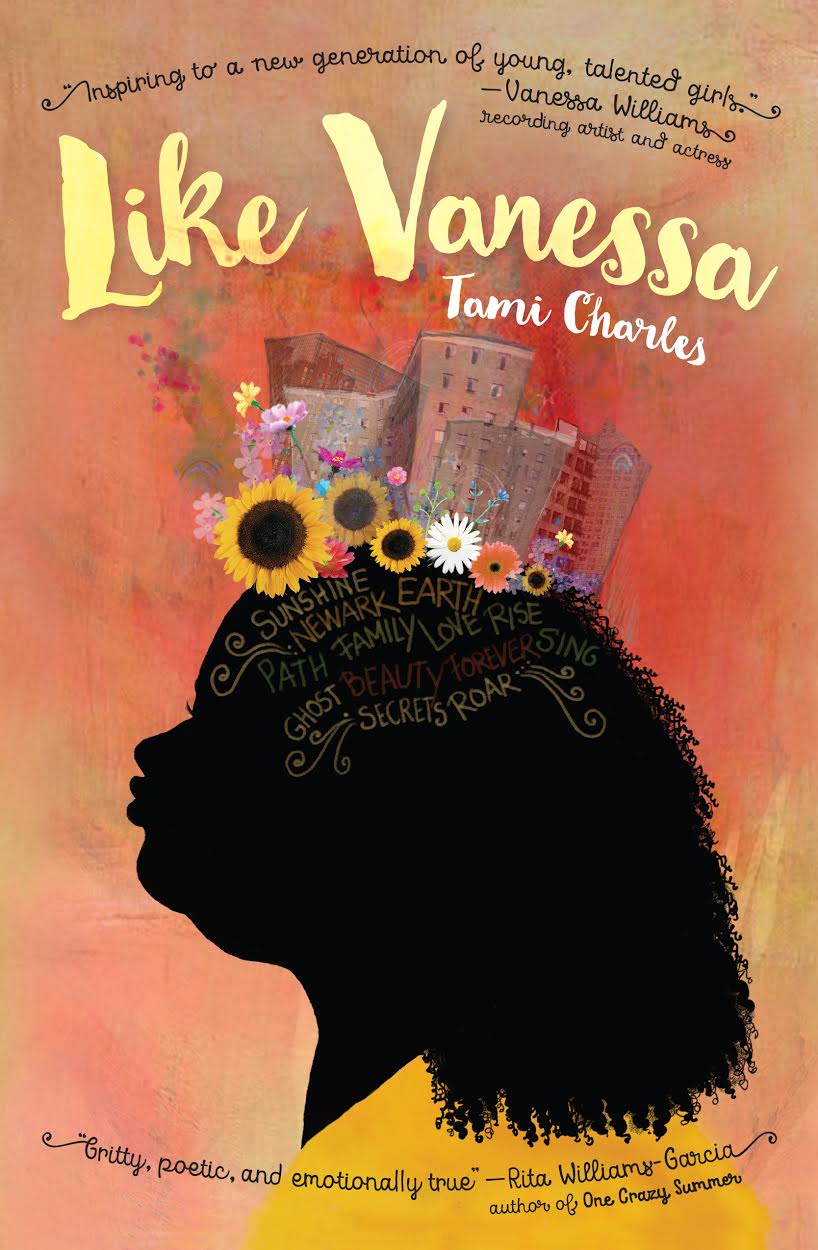 Like Vanessa, the debut middle grade novel by Tami Charles, is truly one of the most beautiful books I’ve read in a long time. It’s been a minute since I’ve cried reading a book, and let me tell you, I was crying Black girl magic thug tears by the end.

It’s 1983, and Vanessa Martin is an eighth-grade Black girl who watches live as Vanessa Wiliams becomes the first Black woman to win Miss America. Vanessa Martin wants to be like Vanessa Williams, but V. Williams is everything V. Martin is not. Williams is tall, slender, and more importantly, light-skinned. The only thing these two Vanessas have in common is that they’re both from New Jersey. When her school hosts its very first pageant, Vanessa is urged by everyone around her to participate. But she’s too shy, too scared, and in her mind, too dark.

I’ve never been in a beauty pageant, but I can’t imagine having done one while in the eighth grade!

Yikes! That was like…peak awkward phase for me.

But there’s so much more to Like Vanessa than her pageant. Vanessa struggles with things most middle school girls do like self esteem and identity. Her friendships are in transition, and she can’t help but be drawn to the most popular girl in school when she is suddenly nice to her. There’s this deep sense of wanting to be liked that so many of us have gone through (and for some, they still go through it today). And I also gave a hearty cackle when Vanessa first got her period and called the situation a “crime scene”.

In addition to that, Vanessa’s home life is less than stellar. Her mother is absent. Her father locks himself in his room away from his family and barely speaks to any of them. Her maternal grandfather drinks non-stop, but he is always sober on Sundays and makes sure that Vanessa makes it to choir practice on Saturday and church service on Sunday. And there’s also TJ, Vanessa’s older cousin with dreams of being a fashion designer who also has to hide who he truly is because being gay in 1980’s New Jersey is not accepted.

I practically inhaled Like Vanessa from start to finish. I opened it one morning and finished it the next morning. Aside from the poignant story of Vanessa’s struggle with beauty, this historical fiction novel (I guess the 1980’s are considered a part of historical fiction now?) gave me so many feels with all of the 80’s references. Though I was born several years after the setting of this story, reading about the Sugarhill Gang, Run DMC, and Stevie Wonder made me smile. Also, Vanessa sang “Goin’ Up Yonder” with her church choir, and my soul swelled.

Once you start the book, you’ll have to finish. It’s so good that Vanessa Williams herself endorsed it!

Read this book for yourself or give it as a gift to a young girl you know, especially if it’s a young, Black girl. It’s so important to see ourselves in stories and even more important to have those stories written by someone who belongs to our community. I can’t say it enough. I can’t type it enough.

Review: ‘I’m Not Dying with You Tonight’ Lacks Nuance