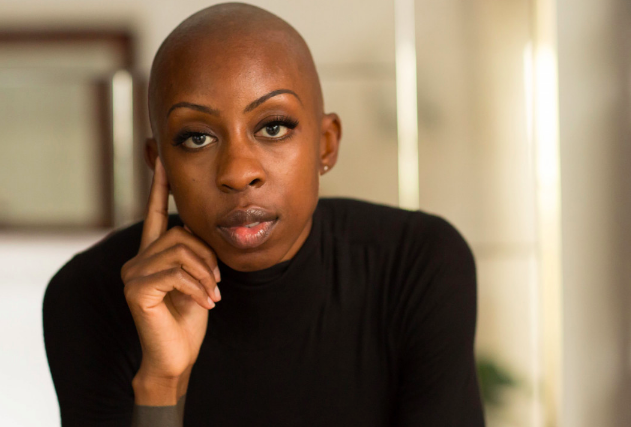 From the gendered violence of chattel slavery to the conception of #SayHerName and beyond, Black women have been fighting a battle that sometimes feels as if it will never end.

As the 2020 election approaches, from the president of the United States to local representatives, the fates of Black women are about to be impacted yet again.

However, this time, maybe for the first time in a long time, the ball is in our court. This year, a record breaking 122 Black women have run for seats in Congress, and there are still 60 in the running.

With a pandemic that continues to disproportionately kill Black women and the unassailable abuse from police (like the ones who murdered Breonna Taylor and so many others with impunity), Black women are stepping up.

In a world that shames Black women for asking for protection from a system that has marked them for death, so many Black women from a diversity of backgrounds, creeds, and cultures are determined to protect each other. Black sisterhood has always been there, and it’s so important to celebrate and explore it.

So, when BGN was able to interview the phenomenal Oge Egbuonu about her documentary, (In)Visible Portraits, we knew we were in store for something empowering.

Egbuonu’s (In)Visible Portraits is a moving compilation of interviews and narratives from inspiring Black woman American scholars and authors who share their unique stories.

Each woman explores their trials, victories, and anguish as they work to unravel and unchain the unjust depictions of Black women.

The documentary has a strong call to action to pave the way for future generations of Black women. It’s a love letter to Black women that shamelessly asserts that we are capable, deserving, resilient, beautiful, and need to be heard.

(In)Visible Portraits was digitally released on Vimeo On Demand on Juneteenth, the American holiday celebrating June 19, 1865, when the Emancipation Proclamation finally was known to every formerly enslaved person. The film is described as a “love letter to Black women, and a reeducation for everyone else.”

Before making (In)Visible Portraits, Oge produced the films Loving and Eye in the Sky at the independent production company Raindog Films. Egbuonu is also a dedicated yoga instructor with a passion for promoting mental health and wellness.

She also recently directed and starred in a voting PSA with Levi’s. It featured Hailey Bieber, Jaden Smith, and Miguel, as well as some of the scholars from (In)Visible Portraits. This PSA is a reminder that everyone has a voice that matters, and their vote can be part of positive systemic change.

Eguonu’s documentary is exactly the kind of support system that Black communities, especially Black women, need, and we do believe it’s arrived right on time.

What inspired you to create (In)Visible Portraits?

I had just left a company that I had been working at for four years. I moved back to LA, and I was actually going through a bout of depression for a few months. I was really confused about whether I made the right decision and was wondering about my next move. In the midst of experiencing those feelings, I got a text message from a woman I met a few months prior, basically saying that she was at lunch with a friend who had an idea about a film and asking if I would be open to meeting with him.

I was very wary of it because I was in a bad place mentally and emotionally, but ended up saying yes to the meeting, with a man named Michael Meyer. I walked into the meeting, and he said, “I was watching this YouTube clip of Isaiah Thomas talk about his mother, and it made me realize that Black mothers aren’t valued and appreciated. So, I would like to create something that honors Black mothers.”

I thought that was very interesting, but there had to be more to the story. That can’t just be it. But, he said, “No, that’s it.”

I was like, interesting. In all honesty, if I were to create anything, I would want to create something that poses reverence with Black women and girls, because we’re that before we’re mothers. He said, “Okay, you can send a pitch, and if I like the pitch, I’ll assign it.”

So, that’s how the (In)Visible Portraits started.

(In)Visible Portraits features iconic Black women scholars like Joy Deguy, Patricia Hill Collins, Melina Abdullah, Ruha Benjamin, and others. What was it like to collaborate with them?

Oh, my gosh, it felt like a homecoming, to be honest with you. Creating (In)Visible Portraits was nine months where I spent six days a week, fourteen hours a day, just doing research, and a lot of their books and articles they’ve written have inspired me.

So, I was thinking about them when deciding who I wanted to contribute their voice to the narrative I wanted to create, and luckily for me, in equal gratitude, they said yes.

I felt like they gave me permission to fully and unapologetically be myself, and that felt really good for the first time. It was an incredible moment for me.

How do you think In(Visible) Portraits connects to the upcoming election?

The way that I think it connects to this particular election is that for the first time in American history we have a Black woman who’s on the ticket to be Vice President.

We don’t know what will happen, obviously, but I’m very hopeful. For me, this election is bigger than electoral politics. I think the way this film connects has a lot to do with the movement work that’s happening. The movement work right now is being led by incredible Black women.

For me, that’s what makes this election so timely with (In)Visible Portraits, as it gives aid to human beings society likes to deem invisible.

When you think about all of the movements that have happened in American society, they’ve all been led and built on the backs of Black women.

Is there anything that you’d like to share about the Levi’s video and its powerful call for people to vote?

Creating that Levi’s campaign about voting is to give people a chance to really activate their voice. It isn’t so much about the vote as it is about activating your voice. I think that voting is a tool in the toolbox. That is not our only goal. It is one of the tools that we need to utilize in order to create and cultivate liberation for all folks.

For me, the Levi’s PSA was really about getting people to provide the power of their voice and activating that. I think that we’re currently in a state where people are realizing that, and that’s why this moment in time is being labeled one of the most powerful with some of the largest movements known to date.

That PSA is really about getting people to discover who they truly are and to show up at their full capacity unapologetically knowing that voting is a tool, but is not the only tool that we have in order to cultivate or reimagine a world that is based on collective care and community.

With the election only days away, Black women continue to show up and advocate for their rights. According to prnewswire.com, “Black women are more motivated to vote in the 2020 election than ever before, according to a new #BlackWomenVote 2020 nationwide poll released by Higher Heights.” This year, Black women have made their presence more than known; it is felt in soulful reverberance everywhere.

(In)Visible Portraits sends a message of support and empowerment to Black women as they head to the polls, protests, schools, workplaces, and beyond. The film is a reminder that Black women are fierce and passionate, and no matter what adversity the antiblack misogynoir throws at them, they will never give up the fight for liberation and justice for Black women in the past, present, and future.