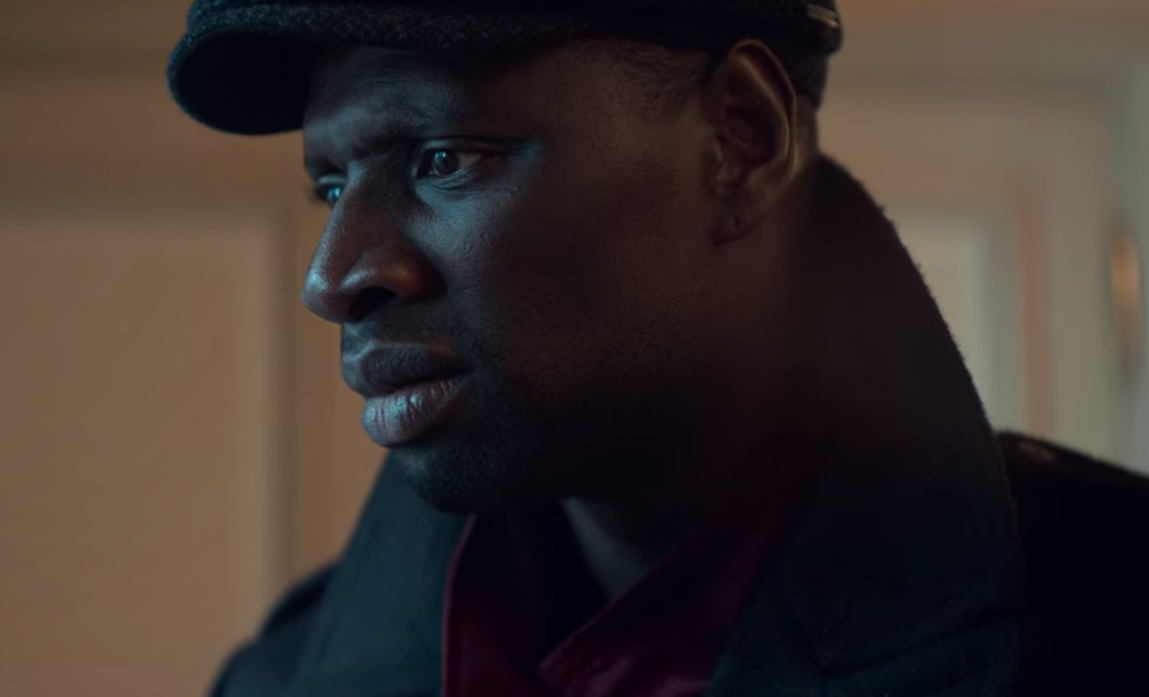 At a correction facility, Assane is led to a holding cell with a roommate. Two days before, Assane is informed that the necklace was never deconstructed, which means the story of the necklace is a lie, meaning his father was never a thief. Benjamin (Antoine Gouy) points out that Assane stated he was done with this type of life. Raoul interrupts the two and nearly catches Assane with the necklace. In the year 1995, a police detective visits Assane. He lies about his age and who he lives with, which the detective calls him out on, then demands that Assane packs his bag. Assane packs his items but attempts to leave through the neighbor’s home but gets caught.

Juliette visits her mother, Mrs. Pellegrini, but isn’t excited to discuss the missing necklace or the fact that her father put her in the house. On her way out, Juliette receives a letter to go to Luxembourg Gardens. There is a diamond in the envelope. Assane makes orders before putting on a delivery suit and mask and riding to Luxembourg Gardens. Juliette is waiting with a police crew nearby. Assane covers the bug so that the police can’t hear or see him when he asks questions about the necklace. Juliette states the story about the necklace being pulled apart for buzz but is adamant that Babakar signed a confession. Assane notices an undercover cop nearby then rides off. The cops chase him but notice multiple riders, which allows Assane to change his clothing and walk out. At his home, Assane reads a letter written by his father years ago. He notices that the letter has misspelled words, something his father has always corrected him on. He brings it up to Benjamin, stating that he researched the misspelled words, which connect him to an Etienne Comit (François Creton), who is in prison. Benjamin isn’t happy with his idea.

Assane visits a Djibril Traoré (Athaya Monkozi), as his “cousin”, stating that he has a present: a way out. Djibril doesn’t think it is possible but Assane points out ways that he will get out, even using a handcuff trick that gets the cuffs on Assane. Pretty cool way to walk out. As a child, Assane is taken to a home and given a Bible. Juliette is questioned by the captain on her discussion with the burglar. She responds by putting him down. In prison, Assane observes his surroundings as he searches for Comit and exchanges cigarettes for information. Guédira is searching for connections to Arsène Lupin. Unfortunately, Assane is confronted by two guys who state that Djibril is getting him dope, he wants it in three days, and Comit is in infirmary. He tries to talk to the nurse about a night in the infirmary but doesn’t convince her.

Guédira shows another coworker his findings but she doesn’t take him seriously, telling him to stop playing around. Assane confronts the guys about the dope, resulting in getting stabbed, which means stitches and a night in the infirmary. Well, damn. I hope it was worth it. At night, he wakes up Etienne Comit to talk about his father. Comit states he never knew Babakar; he only saw him once and gave him a book. Assane might be able to find the book in Etienne’s things.

Assane is given a letter written by his father and is informed that he will be taken to a private school that is already paid for by a generous donor. Someone must be feeling guilty. Assane begins to read the letter then throws it to the side. He finds the book that his father left to Comit. During dinner, Raoul is struggling to pay attention to what Clair is saying as he reads the book his father gave him. Assane goes through each page of the book that has scribbles, notes, and hints; He decodes the message: “I am innocent, trapped by Anne Pellegrini.” When his meal arrives, Assane is given a threat by a cop working for the thugs. Juliette visits her father, questioning him on whether the necklace was stolen by Babakar. Mr. Pellegrini overreacts then apologizes in a weird way. Assane avoids getting jumped out in the yard by irritating his stitches. He visits Comit after getting a patch up. Comit is happy that Assane has the book and requests that Assane make his wife smile. Assane gives the nurse a kiss on the hand and leaves to retire to bed.

Late at night, the cop lets out a thug and opens the cell for Assane’s room. Youssef is teased, again, for reading Lupin. The sweet nurse finds Assane hanging from a bedsheet and his body is carried off. The thug states that Assane hung himself in the showers so he didn’t have to do a thing. Raoul reads the chapter on Lupin in prison while we watch how Assane escaped. He swiped meds from the nurse, netting from the basketball hoop, then set up the bedsheets in a way that doesn’t hurt him. While in the ambulance, Assane wakes up and escapes without notice.

Assane goes to the hotel that Anne Pellegrini is held in and confronts her on framing his father. Anne explains on how she made Babakar sign a confession, stating it was for him to get a reduced sentence, but it didn’t work out. She claims that she helped Assane throughout his childhood from a distance to earn his forgiveness. An inspector Dumont (Vincent Dumont) promised that he would help Anne get a reduced sentencing for Babakar. Dumont was the same cop that took Assane to the group home. Interesting.

On his first day at the private school, Assane is saved from bullies by Benjamin. A great friendship is formed, as Benjamin is relieved to see Assane safely out of jail. Assane sneaks through Comit’s house, dropping a diamond on their wedding picture, thus fulfilling his promise to Etienne to make his wife smile.

I’ll admit, I was a bit concerned about this whole jail thing. It is a shame that Youssef isn’t taken seriously at work but there has to be a reason as to why. The whole necklace was an inside job done by Mr. Pellegrini, himself. My theory is that he hired Babakar just to frame him on the robbery. But the question is why was it done?