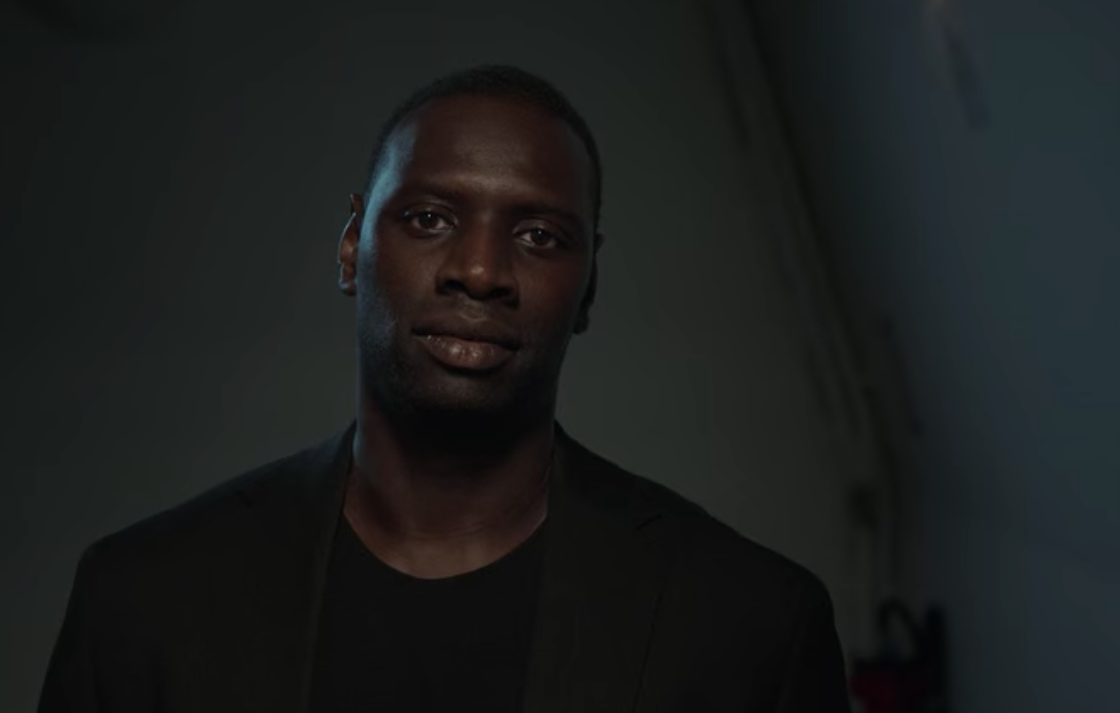 Assane sees the look on Claire’s face then rushes off. The men in the apartment open the door only to find Claire holding Raoul. Raoul asks Claire who those men were. Claire isn’t happy that Raoul was happy with how great Assane was and tells Raoul that his father is dangerous, uses people, and insists that he will never see Assane again because she never wants Raoul to be in danger again. Assane overhears everything from the attic.

Benjamin and Assane talk about Claire’s actions and how it’s been a week since he has seen Raoul. Benjamin points out that he needs to focus on Hubert and not be mad that Claire was trying to save her son. Youssef gets a surprise call from Assane to meet him alone at a coffee shop and also hints that he has his eyes on Youssef but Youssef can’t see him.

Young Assane and Benjamin hustle a couple of men with a ball and three cups. As they are walking home, Assane bumps into Juliette, who wants to see him again.

Assane doesn’t believe that Juliette happened to be at a restaurant that he passes by. Juliette convinces Assane that they need to put the past behind them and they’re not their fathers. Assane sits down to enjoy a meal with her.

Hubert is visited by Phillipe Courbet (Stephen Crepon), who is all business. He has analyzed the financial situation of the gala and confirms that 85% will go to Hubert’s offshore account in the Cayman islands. Hubert asks how old Phillipe is but Phillipe doesn’t answer. He just gives him a price and asks if Juliette is a part of the fraud. She’s not.

Juliette and Assane enjoy a meal, talking about donations and how Juliette misses the adrenaline of when they were younger. She suggests that they should dine and dash, but Assane points out that they can’t do things on improvisation and can do better. He asks her who the name is under, they ask for the check, then sneak out the back and steal a scooter to jet off on. I’m kind of impressed. He drops her off after taking the scenic route to her place, and the two share a cute look before he leaves.

Claire visits Benjamin at his shop and brings a male friend along, Marc. Benjamin meets the guy but asks Raoul how he’s doing. Marc comes back to the shop and asks for a bracelet to give Claire to be put on hold. Juliette visits Orsay Museum and happens to see Assane there. She states that she had fun last night but as he said, they can’t continue acting like they are young, then she walks away. Assane watches her, amused. Marc surprises Claire with her new gift, and the two take a picture to send to Ben.

At her home, Juliette is informed by the house secretary that a package has come in for her. Juliette sees the package on her desk. Before she opens it, she gets a notification that a painting was stolen from the museum. She opens up the package and reads the note stating, “Sometimes you can stop time. A.” She is then informed two men are wanting to speak with her. The two men are police officers, who ask Juliette questions on her visit to the museum the day before. They let her know that they know that she received a package. Juliette tells them she saw nothing suspicious and is at their disposal.

Juliette meets Assane, flustered by Assane’s gift and being questioned by the police. She asks him what this is all for, and Assane replies that it is for her and that Claire is nothing more than Raoul’s mom. Juliette wants him to prove it but not by stealing art. She reveals that she’s been spying on Claire through social media. She wants Claire’s new bracelet as proof that Assane is over her. Assane meets Benjamin to talk about the bracelet and finds out that it is rare. Assane will have to steal it from Claire.

Young Assane walks to the meeting spot to meet Juliette. Juliette is preparing to meet Assane but Hubert comes in and tells her that he knows that she is going to meet a young Black boy. She’s not allowed to go, and Assane is left waiting.

Assane sneaks into Claire’s home. First, he drops a book for Raoul to read then sneaks into Claire’s room, where she is sleeping with Marc, and takes the bracelet off of her wrist. He gives the bracelet to Juliette and tells her that they need to live their own lives, start a clean slate by returning the painting and bracelet, and knows that they could never be together because of her dad. Assane then tells her about how Hubert framed his dad 25 years ago, and she should talk to her mom about it. Then he hands her the contact for Youssef. He returns the painting and bracelet, which Juliette receives the notification about. This prompts Juliette to visit her mother.

A week earlier, Assane explains to Benjamin that he will go after Hubert’s child just like Hubert went after his. Benjamin makes a reservation for a restaurant to meet Juliette as a donor. Assane covers his tracks by paying off the waiter and bill upfront, compensating the delivery guy for the scooter, and having Juliette believe that he will do anything for her. The two planted a fake video about the painting being stolen by two men from the prison Assane was in disguised as cops. Benjamin makes a fake painting and concludes that Juliette will trap her father in the end. Juliette tells her mother, Anne, that Assane sent her. She hears the story about the setup and tells her mom to meet up with Youssef and tell the truth. Youssef is quite surprised to be met for coffee by Anne Pellegrini.

Hubert signs documents made by Phillippe but they are interrupted by Youssef who is there to arrest Hubert on suspicion of fraud and obstruction of justice, as well as questioning him on Babakar Diop, Assane’s father. Juliette waits for Assane by their spot near a river. Assane calls Benjamin, telling him that he will be late because he “can’t do this to her.” Benjamin insists that Assane doesn’t do that and walks away, but Assane doesn’t listen and meets with Juliette. The two share a kiss.

Assane really set up Hubert by using his daughter. I’m not mad at that. The whole plan was pretty perfect from the beginning to the end. I just can’t believe that she fell for it after all that they have been through. I am curious about their journey together; it seems interesting. Now that Hubert has been arrested, I wonder if they can get the accusations to stick. A rich man has enough money to make his problems go away. I just hope that Assane doesn’t get attached to Juliette.