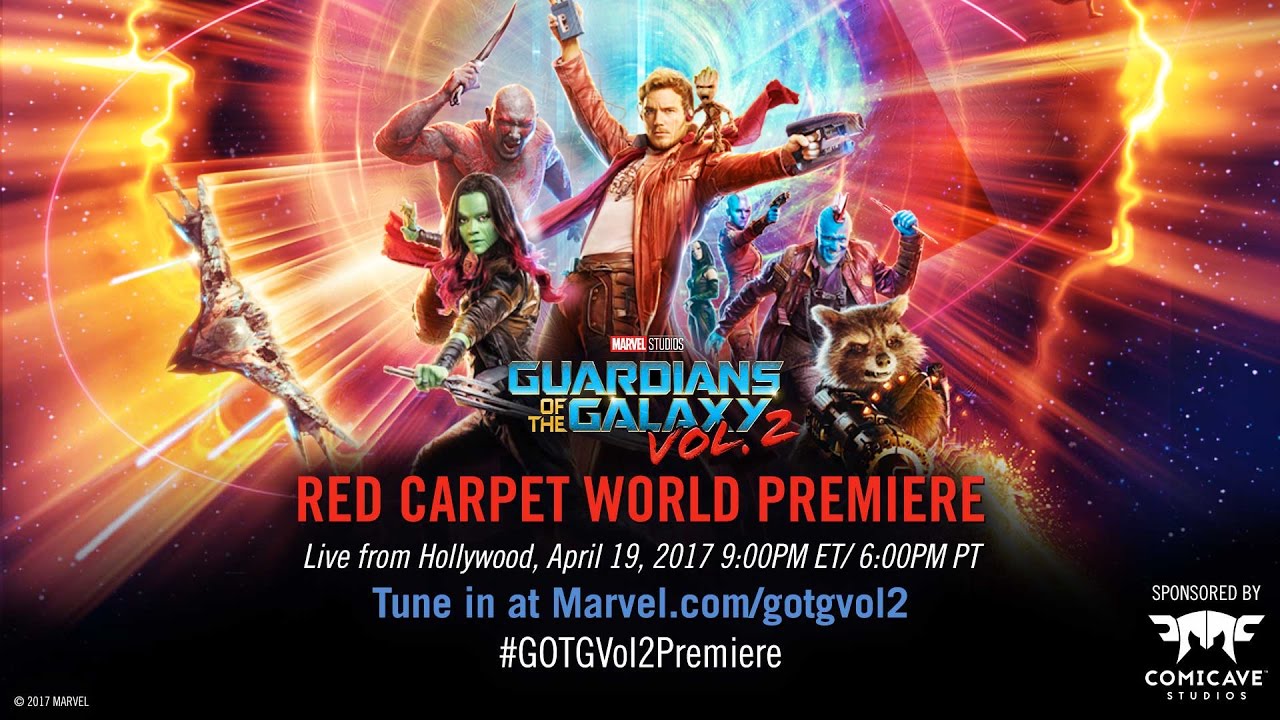 Marvel proudly invites one and all to experience the World Premiere of Marvel Studios’ “Guardians of the Galaxy Vol. 2,” LIVE from Hollywood on April 19, 2017 at 6:00 p.m. PT/9:00 p.m. ET.  Watch as your favorite stars arrive at the legendary Dolby Theatre!

Sponsored by Comicave Studios, this LIVE event, available to watch at marvel.com/gotgvol2, facebook.com/Marvel, and twitter.com/marvel, will get you up close and personal with the cast of “Guardians of the Galaxy Vol. 2” like no one else can!

Set to the all-new sonic backdrop of Awesome Mixtape #2, Marvel Studios’ “Guardians of the Galaxy Vol. 2” continues the team’s adventures as they traverse the outer reaches of the cosmos. The Guardians must fight to keep their newfound family together as they unravel the mystery of Peter Quill’s true parentage. Old foes become new allies and fan-favorite characters from the classic comics will come to our heroes’ aid as the Marvel Cinematic Universe continues to expand.