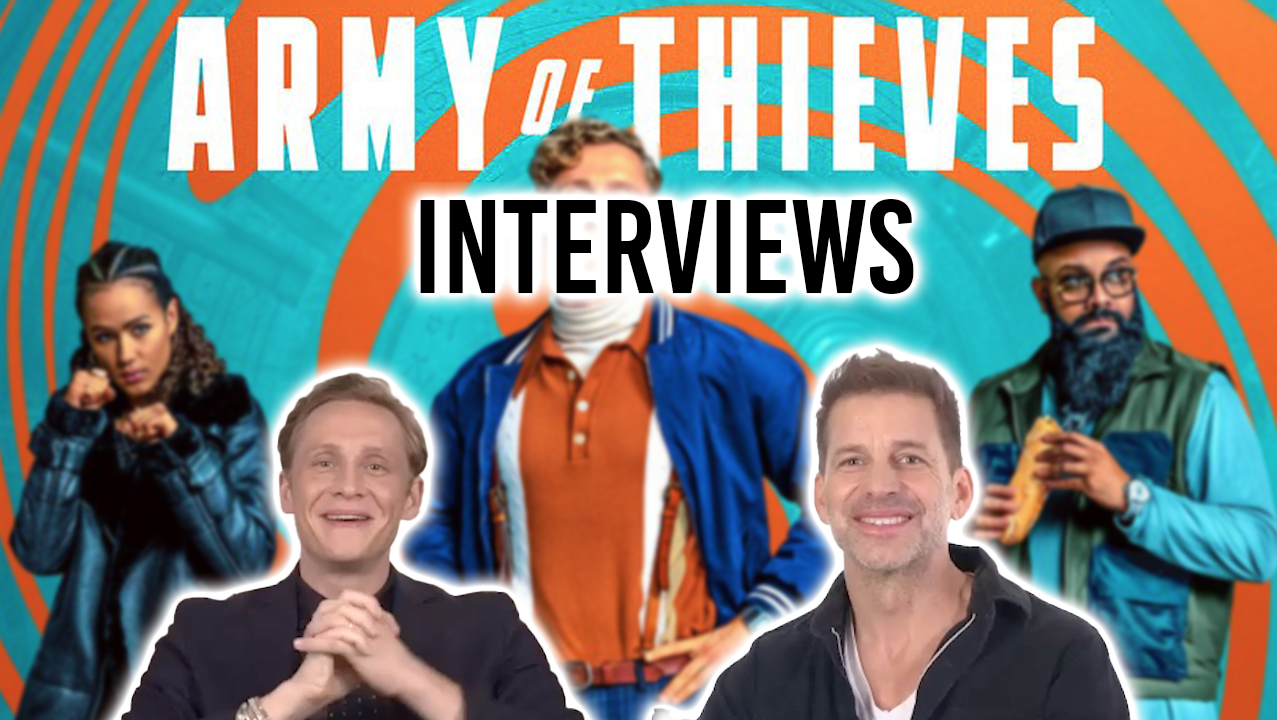 After charming audiences as the wisecracking hero Dieter in Zack Snyder’s zombie blockbuster Army of the Dead, Matthias Schweighöfer takes centerstage in the film’s prequel, which he also directs. Ditching the undead, Army of Thieves puts a modern spin on classic heist films with European flair and an unlikely love story. Produced by Snyder and co-starring Nathalie Emmanuel (the Fast and the Furious franchise), Army of Thieves chronicles the harrowing adventures that transformed Dieter from a sheepish German bank teller named Sebastian into the badass safecracker who became a fan-favorite character in Army of the Dead.

Sebastian’s impassioned YouTube videos about the fabled safes designed by the locksmith Hans Wagner (Christian Steyer) catch the eye of Gwendoline (Emmanuel), a beguiling career criminal whose take-no-prisoners exterior belies a desire to love and be loved. To Dieter’s shock, Gwen enlists him to be part of her motley crew of some of Interpol’s most wanted: the jack-of-all-trades Korina (Ruby O. Fee), rugged bad boy Brad (Stuart Martin), and getaway sidekick Rolph (Guz Khan). As the five misfits zigzag across Europe cracking a trio of impenetrable vaults known as the Ring Cycle — Das Rheingold, the Valkyrie, and the Siegfried — French law-enforcement officials Delacroix (Jonathan Cohen) and Beatrix (Noémie Nakai) are hot on their trail. Anchored by a simmering romance between Dieter and Gwen, Army of Thieves broadens the scope of Snyder’s Army Universe while staying true to his vision for it being its own movie.