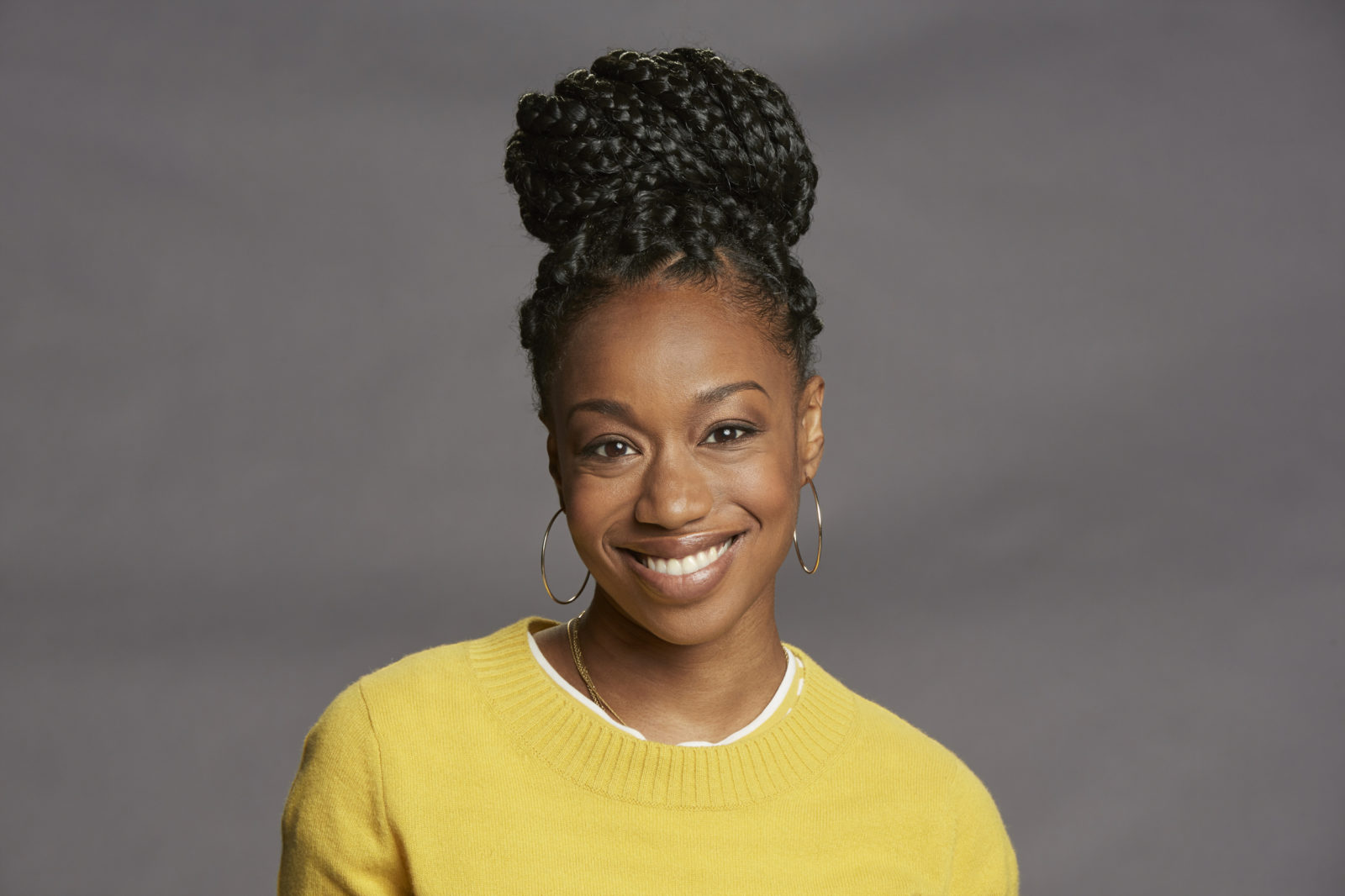 This week as new TV shows make their debut, The Unicorn is one you should add your must-see list and Maya Lynne Robinson is ready to tell you why.

If you’re a fan of the ABC comedy The Conners, you’re already familiar with Maya Lynne Robinson’s character, Geena Williams-Conner — DJ’s wife and mother to their daughter Mary. Originally from Cleveland, Ohio, the actor is also a writer, producer, and is involved in the theater scene. She is the creator of the web series HTMAST and the co-creator/co-lead of the web series GURL.

Fans of Geena on The Conners may be a bit sad since her character will not return this season. But don’t fret, you can see Maya Lynne Robinson in a brand new series as Michelle in the CBS comedy The Unicorn.

It’s a comedy about a tight-knit group of best friends and family who help Wade (Walton Goggins) embrace his “new normal” in the wake of the loss of his wife one year ago. As a sometimes ill-equipped but always devoted single parent to his two adolescent daughters, he is taking the major step of dating again. To Wade’s amazement, he’s a hot commodity with women, and his friends explain that he’s the perfect single guy — a “unicorn”: employed, attractive, and with a proven track record of commitment. With his daughters and best friends rooting him on and hoping he’ll find happiness again, Wade and his healing heart are ready to try life…and love…again.

BGN sat down with Maya Lynne Robinson about playing Michelle and what it meant to bring this character to life on screen. Don’t call Maya’s character a meddler, she’s a supporter.

Tell our readers a little bit about your character Michelle in The Unicorn.

She’s probably going to have her hand in a lot of knowing the business of the women that Wade might be dating, because she has the most amount of children. Hopefully, you’ll get to see lots of opportunities for her to help him rear his daughters in his late wife’s absence.

Michelle and her husband Ben meddle in Wade’s life quite often for his benefit. But do you think it’s for their benefit as well?

You say “meddle” I say support.

We pick our family, as well as the family that we are born into. And so nobody wants to see their family, their friends, their loved ones — hurt, sad, and lonely right? When they feel good, you feel good. And we want to support Wade in his journey to finding happiness and living life again after loss. We don’t meddle.

Support! Got it! Have you ever supported a friend’s love life the way Michelle does with Wade’s?

No. I don’t like people in my love life. If my friend said to me, “I just need you to listen, I need someone to talk to, or what advice do you have?” If someone asked me, I’ll give it but if you don’t ask me, I don’t give it anymore. That’s kind of the fun part about Michelle as well. I think she’s the least meddling, as you say, of the four friends. We’re all pretty close to who we are as people, which is probably why the show resonates with you in a way that it does. It doesn’t feel contrived, because it’s not. It’s rooted in true authentic energy of all of us.

What have you enjoyed most working on this show?

The stories and the cast. I came into this not knowing a single person. And from the moment that I got on this set, it’s been warm, fun, and supportive. For lack of a better word, I know I keep using that word, but I think the cast is amazing. Most of them knew one another. Rob Corddry and Michaela Watkins have played husband and wife three times prior to this show. So they all previously knew each other, prior to Michelle coming into the fold and the unknown, and just being treated as if I’ve been there for years in their lives.

Will we expect to see a cameo return in the upcoming season of The Conners?

I don’t think that there’s going to be a cameo this season because of my schedule. I’m heavily involved with The Unicorn, and I think they’re taking the show in a little bit of a different direction.

What new projects are on the horizon that we should look out for?

I’m working on a mental health documentary, and I’m working on a book. I’m a very private person. So if you try to find things out about me online, it’s impossible. I think the reason I purposely did that is because we get put into demographics and boxes based upon everything in our lives. I just want people to enjoy the work and get to know me through my work. And then the book will come out and kind of explain more about who I am as a person.

Thank you for taking the time to talk to Black Girl Nerds.

Absolutely! Thank you for taking the time to want to get to know a little bit more of what this show is about. It’s literally about unity and diversity personified. We hit every age, we hit race, we hit those who are working, who are not working. We hit emotional and mental personality styles. The more we can get the message out there, I think it’s exactly what the world needs to be watching right now.