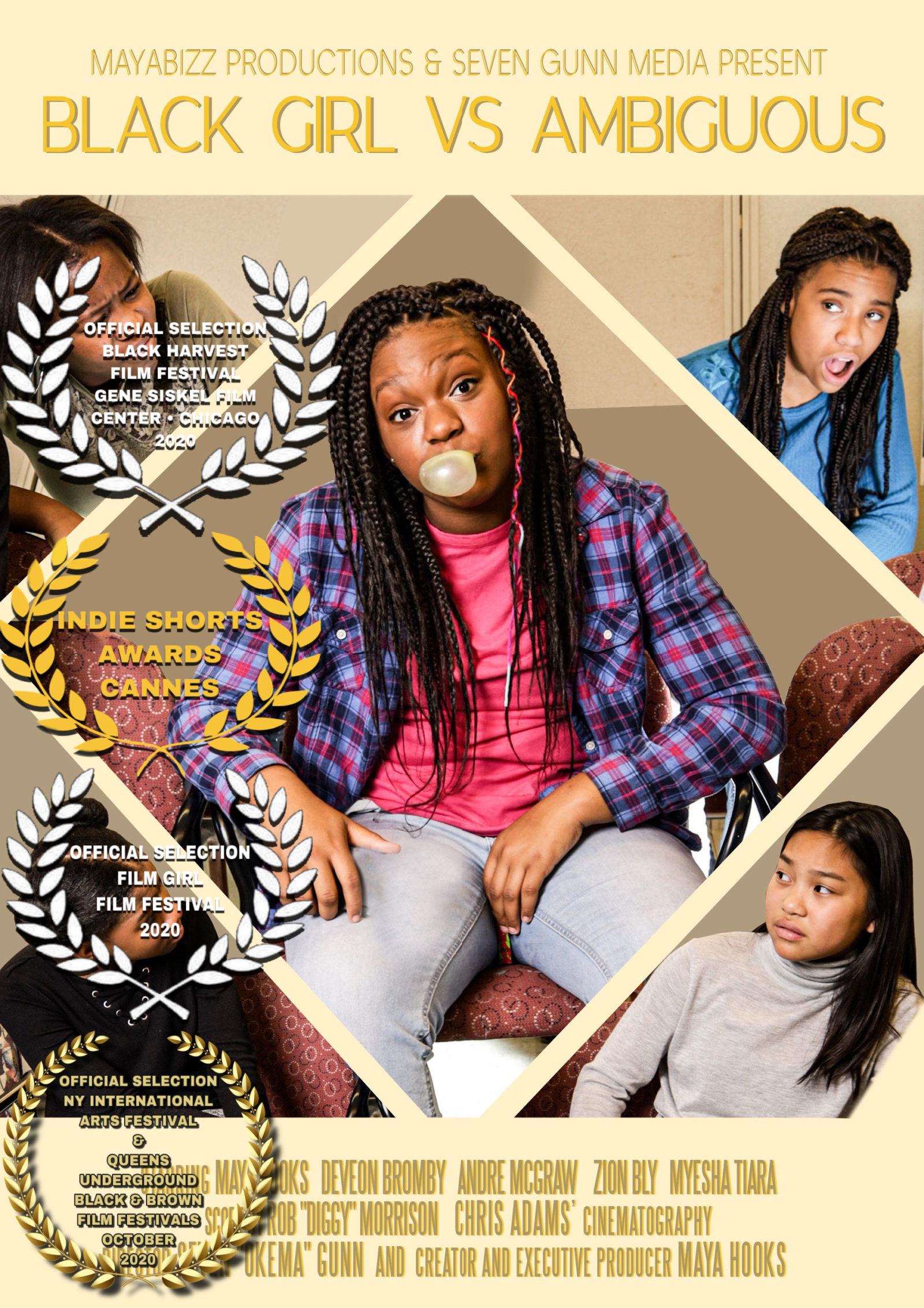 The film industry is a hard industry to navigate, but it’s even harder when Black women have to navigate negative stereotypes and colorism. I had the chance of speaking with Maya Hooks over the phone, who is an actress, screenwriter, and producer with nowhere to go but up. Hooks’s films tell important stories and give an in-depth view of what it’s like breaking into this industry.

At just 13 years old, you have had so much success with your films being featured in the Black Harvest Film Festival, the Queens New York International Underground Film Festival, and so much more. It’s an amazing accomplishment. What motivates you to do what you do?

I’ve always had a passion for writing and staging things. I feel part of it was the casting process that played a major role in my frustration. You know, with breakdowns. I’m an African American female and the breakdown will say Black girl, and they will have a whole bunch of ethnically ambiguous girls come in who are nowhere near my skin complexion.

Then they would end up choosing one of them. Not discrediting anybody’s talent, but it’s just that it happened so much that it was just, like, is this a setup? Is this the system? It was just very degrading. That will hurt a 10-year-old. And, it really hurt me a lot and it made me feel like I wasn’t beautiful, or I wasn’t enough.

So I decided to make a film to let Black girls and anybody know that no matter who you are, or where you come from, or what you look like, you can do it. You’re enough.

How do you overcome stereotypes and proving people wrong?

Through my work. When I get auditions, I have to do what I have to do and put the work in. I make sure that they feel what the character feels and just bring that character to life. It’s just all about my work.

What’s your experience like as a producer, screenwriter, and actor at just 13?

For Black Girl vs Ambiguous, I was the producer and I wrote it with the co-writer as well. I brought my idea to my mentor. I acted in one of her films as well, and she was like, “We gotta do something with this. It will have an impact on people.” We got a team of people, and then I got my production company, Maya Productions, and we just went with it.

I’m also working on other films as well, and writing as well. I’ve always had a love for being behind the camera and watching [directors], like what they’re doing. Their angles and their shots, and just mapping out their vision. It’s really creative. It helped me to become a better actor and know why directors make their choices.

I hear that Issa Rae and Regina King are some of your influences, and they all inspire you to create. If you could create a movie with one of them, who would it be and what would it be about?

I would say Issa Rae, because her films have this, like, quirkiness, If I was to do a film about something or a TV show, I would say sci-fi, because I’m really into sci-fi. I love sci-fi. I would love to write a sci-fi one day. I’m still working and taking classes on screenwriting and stuff, and learning.

I hear that you plan to film You Change in the spring of 2021. Could you give us some details on your upcoming project?

Well, I can’t say too much, but I can say that it takes place right after George Floyd’s death and after. That movie that I wrote, I witnessed this whole situation myself. I just took that, and I expanded it and really drew it out. It made a lot of sense of what was going on. It’s one scene that really makes the film.

Every film has that one scene that makes the film. There was a lot going on in the world. I was in California when this happened, and I was witnessing this all myself outside of my hotel. So, it was just a lot.

Maya’s film Black Girl vs Ambiguous tells a story about a very determined Brown-skinned girl who gets thrown into these ambiguous acting auditions and is determined to make a change in the entertainment industry that’s filled with systematic stereotypes. Maya is the film industry’s upcoming multi-hyphenate to watch. Remember her name.