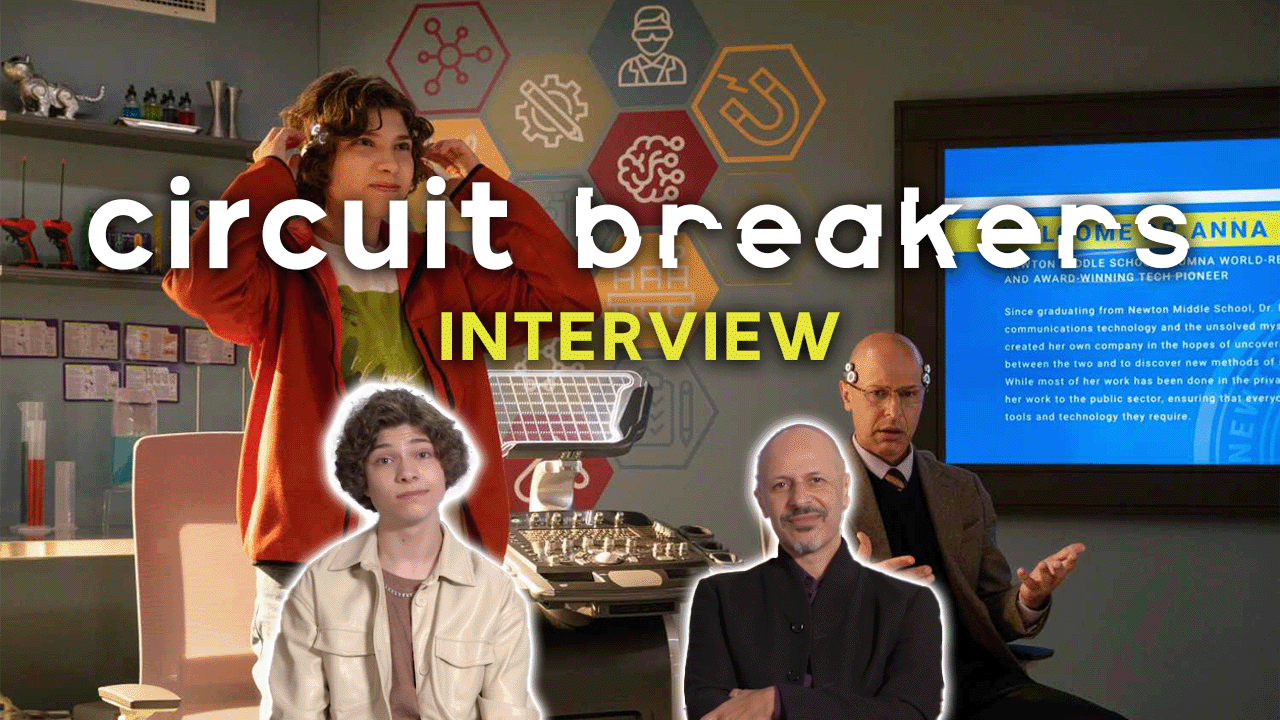 Featured in the interviews are: Maz Jobrani (Principal Young) and Cole Keriazakos (Seth).

Circuit Breakers is a half-hour futuristic anthology series that tackles kid-relatable issues through a sci-fi lens. But not everything is as it seems, and their curiosity leads to chaos. The series was created by Melody Fox with executive producer Matt Hastings directing the pilot episode. Circuit Breakers is executive produced by Andrew Orenstein, Cottonwood Media’s Sarah Haasz, David Michel and Cécile Lauritano, Aircraft Pictures’ Anthony Leo and Andrew Rosen, and Todd Berger.