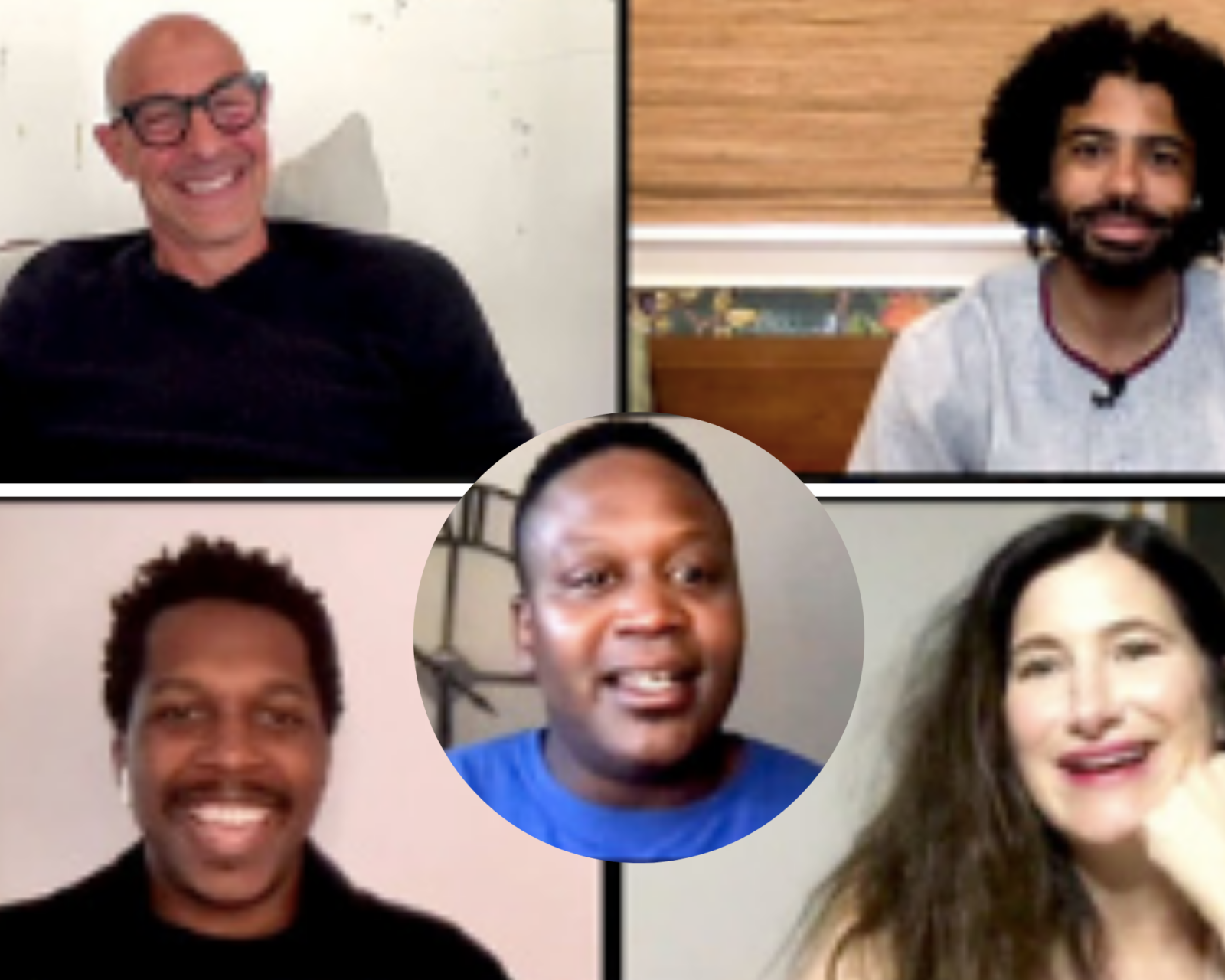 Central Park is an animated musical comedy about the Tillermans, a family that lives in Central Park.

BGN chats with voice actors Stanley Tucci who plays itsy Brandenham, a business entrepreneur, and Daveed Diggs who plays Helen, Bitsy’s assistant. Owen, the park manager, and Paige, his journalist wife, raise their kids Molly and Cole in the world’s most famous park, while fending off a hotel heiress Bitsy Brandenham and her long-suffering assistant Helen, who would love nothing more than to turn the park into condos. Leslie Odom Jr. plays Owen Tillerman, Kathryn Hahn plays Paige Tillerman, and Tituss Burgess plays Cole Tillerman, Owen, and Paige’s biracial son.