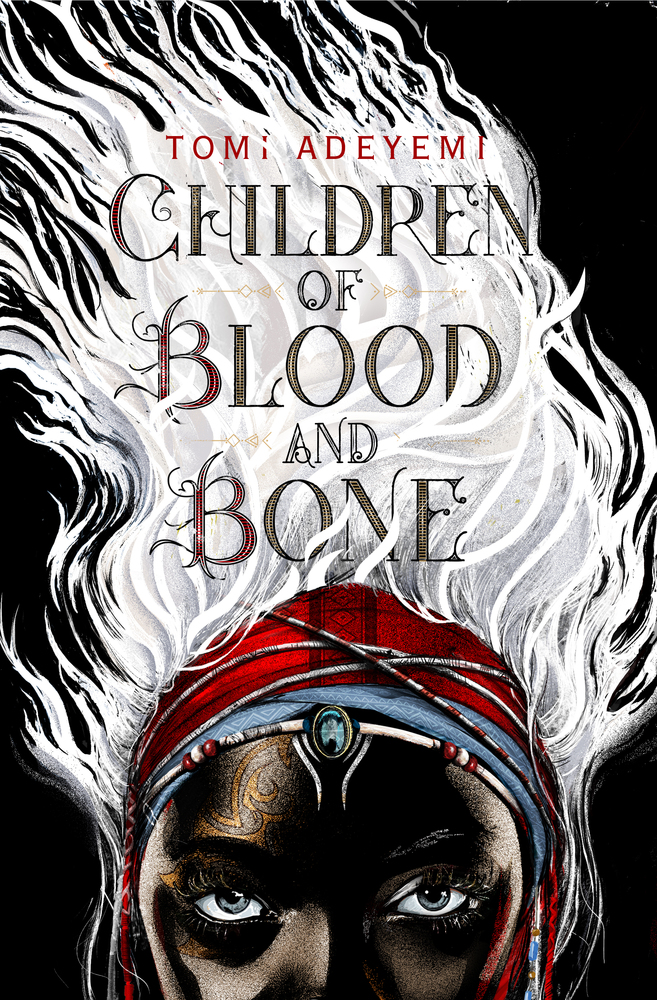 I first heard about Tomi after news broke about her record breaking movie deal. At 23 years old, Tomi landed one of the biggest YA debut novel publishing deals ever for her upcoming novel, Children of Blood and Bone. Listen, the book isn’t due to come out until 2018, and there is already a movie deal. Just sit on that for a second…

Children of Blood and Bone is the first installment in a YA West African trilogy about a girl who must fight against the monarchy to bring magic back to her people. Here’s an official description:

Zélie Adebola remembers when the soil of Orïsha hummed with magic. Burners ignited flames, Tiders beckoned waves, and Zelie’s Reaper mother summoned forth souls. But everything changed the night magic disappeared. Under the orders of a ruthless king, maji were targeted and killed, leaving Zélie without a mother and her people without hope. Now, Zélie has one chance to bring back magic and strike against the monarchy. With the help of a rogue princess, Zélie must outwit and outrun the crown prince, who is hell-bent on eradicating magic for good.

Danger lurks in Orïsha, where snow leoponaires prowl and vengeful spirits wait in the waters. Yet the greatest danger may be Zélie herself as she struggles to control her powers—and her growing feelings for the enemy.

I mean, just look at this cover.

So, imagine how excited I was to get an email from the publisher asking if I would be interested in speaking with Tomi while at San Diego Comic-Con. Umm… yasss! I met with Tomi at her hotel in San Diego’s historic Gaslamp Quarter, and we had a nice little chat about her inspiration for her writing, the importance of an African inspired fantasy, and what we can expect from her trilogy. No spoilers, of course.

What’s the inspiration behind Children of Blood and Bone?

First, her mission as a writer to write books with diverse black characters started after the film adaptation of The Hunger Games and the awful things people said about why certain characters were Black. “It’s one thing to have hatred in this world, but to carry your hatred into a fictional world against an 11-yr old girl that’s being slaughtered was very dark and made me angry,” says Tomi. “You don’t want to read about Black people? Well, I’m going to write a story so good with just Black people and it’s gonna be so good that you have to read it, or your gonna be missing out.” #RevengeHungerGamesMission

The second part of her inspiration was discovering the orishas. “I’d never seen anything like that,” says Tomi, “and to see Blackness portrayed and celebrated as this awesome sacred thing was a big creative inspiration.” About 2 years ago, Tomi received a fellowship to Brazil. She originally wanted to go to because of the interesting parallel in terms of slavery and the way Brazilians treated Black identity differently. She was in Rio de Janeiro and Salvador and thought, “Okay, this is it. This is where I’m going to get my Toni Morrison idea.” The museum she was most excited to visit was closed, and she was disappointed that she couldn’t experience the entire purpose of her trip. But in an epic twist of fate, she ducked into a gift shop to escape the rain and saw a poster with the orishas on it.

The world of Children of Blood and Bone is built from West African mythology and Tomi’s Nigerian heritage. “They’re in the jungle, riding leopards, eating jollof rice. Had my parents not immigrated to this country and sacrificed so much this would not be possible. There are a lot of Black people who have never seen that. We have to do something with this. I don’t know why someone hasn’t done it already.” 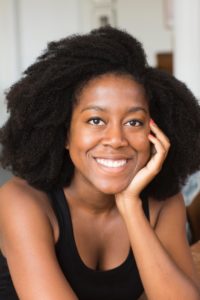 The final inception point was the Black Lives Matter movement. “You see these men, these women, these children being killed, and you have so much fear for yourself and for your family,” says Tomi. “[It’s] that fear of having someone taken away and not getting justice. It was important to bring that into the world to help everyone understand that in hopes of evoking empathy…” Something we could all use a lot more of in this country.

One thing Tomi loves about Children of Blood and Bone (aside from the obvious) is the portrayal of great sibling relationships and turmoil with themes of inheritance and legacy. What do you owe to familial love? How far do you go to protect a sibling if you’re fighting on opposite sides? These are questions brought forth by the novel.

However, what she’s most excited about is for audiences to get to the end.

I have to say, I had the opportunity to read the first three chapters of Children of Blood and Bone, and I’m ready for chapters 4, 5, 20, and 50. I’m also ready to see Tomi cosplay her own character at Comic-Con next year, which she has every intention of doing. White locs, dashiki, and all.

Tomi also has a website dedicated to helping writers and teaching creative writing. Her best piece of writing advice? Know that nothing is wasted. The story of your heart the story that is just so you that’s going to speak to people. And that works across genres. That’s the thing that only you can do. The more personal that you can make any story or anything that you’re creating, the better it’s going to resonate with the audience.

Children of Blood and Bone will be released in March 2018 by Henry Holt Books for Young Readers/Macmillan.

Black Female Authors You Should Be Checking For

Review: ‘Valerian and the City of a Thousand Planets: Art of the Film’