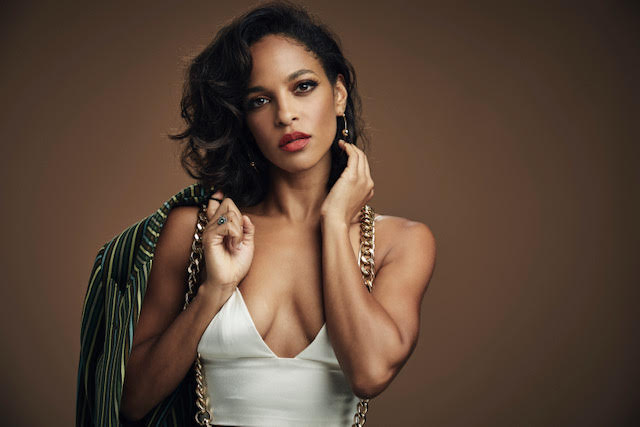 The Blumhouse series Into The Dark: Blood Moon makes its debut on Hulu March 26th just in time for Spring’s first full moon.

Blood Moon sees the return of filmmakers to Blumhouse and Hulu’s Into the Dark in the season finale.   Director Emma Tammi previously directed the Mother’s Day installment Delivered that premiered last year. Writer Adam Mason directed two episodes in the anthology’s first season – I’m Just F*cking With You and They Come Knocking.

When Esme (Megalyn Echikunwoke) and her ten-year-old son, Luna (Yonas Kibreab), move to a small desert town looking for a fresh start they attract all the wrong kinds of attention. As the locals begin to probe, Esme must battle to protect her son and a terrifying secret before the next full moon threatens their very existence.

In partnership with Blumhouse Television, Into The Dark is a monthly horror event series from prolific, award-winning producer, Jason Blum’s independent TV studio. Each feature-length installment is inspired by a holiday and features Blumhouse’s signature genre/thriller spin on the story.  Currently streaming on Hulu is Into The Dark: Tentacles.

Vixen: The Movie Is One Of The Most Important Animated Shows This Year